Nick Viall is already a familiar face for Monday-night ABC viewers. And he'll be back in his old time slot for Season 24 of "Dancing With the Stars" — which premieres on March 20, 2017 — where he'll be paired with pro Peta Murgatroyd on the heels of his run as "The Bachelor." This time, instead of going home with a fiancée, the 36-year-old's goal is to go home with the Mirrorball trophy. From what we've seen on his season of "The Bachelor," that might be a more impressive feat!

RELATED: "Dancing With the Stars" winners: Where are they now?

This lovely lady goes by many names, and she's hoping to add "Dancing With the Stars" champ to the list. Erika Jayne — who also happens to be our favorite "The Real Housewives of Beverly Hills" star Erika Girardi — is also a dance-music sensation and is no stranger to strutting her stuff. We can't wait to watch the 45-year-old Bravo personality try her hand at ballroom dancing — and hopefully see her teach pro partner Gleb Savchenko a thing or two (a "pat the puss" lesson, anyone?!).

Bonner Bolton has had quite an interesting road to "Dancing With the Stars." He grew up as the son of a rodeo cowboy. The passion for that sport was passed down to Bonner, 29, who had a near-fatal accident while bull riding in January 2016 that left him temporarily paralyzed. After the accident, he switched gears and most recently has found success in modeling. We'll see if pro partner Sharna Burgess can whip him into shape and turn him into a triple threat.

RELATED: Stars you forgot competed on "Dancing With the Stars"

Iconic figure skater Nancy Kerrigan, 47, is competing on Season 24 of "Dancing With the Stars," where she'll be salsa-ing and cha-cha-ing away with pro partner Artem Chigvintsev. We can't wait to see the 1993 U.S. Figure Skating champion and 1994 Olympic silver medal winner take her ice skills to the dance floor.

Does a two-time World Series winner have what it takes to score a Mirrorball trophy as well? We'll find out when former baseball star David Ross joins "Dancing With the Stars." The former pro athlete, who turns 40 the day before the show premieres, will be working on a very different set of skills when he teams up with Lindsay Arnold for Season 24.

Normani Kordei is used to dancing alongside the ladies of Fifth Harmony, but how will she do on "Dancing With the Stars"? The 24-year-old pop singer will be partnered with pro Valentin Chmerkovskiy on Season 24.

Former "Saturday Night Live" funnyman Chris Kattan will be striking some more serious poses alongside pro partner Witney Carson this season on "Dancing With the Stars." And we've already seen a glimpse of his skills! The 46-year-old comedian previously showed off some of his moves in the hilarious 1996 flick "A Night at the Roxbury."

Simone Biles scored four gold medals and one bronze at the 2016 Olympics in Rio. Next up? Possibly a Mirrorball trophy! The 19-year-old athlete is hoping to dominate "Dancing With the Stars" with the help of pro partner Sasha Farber.

We've seen Heather Morris's moves on "Glee," but now she'll be showing them off on a different show — "Dancing With the Stars." The 30-year-old mother of two has a slight competitive edge, considering she's a former backup dancer who once worked for Beyonce, but we'll see if she has what it takes to shimmy her way to the finals alongside partner Maksim Chmerkovskiy.

The legendary Charo will be bringing some Latin flavor to the ABC reality competition this season. Partnered up with Keo Motsepe, the multitalented 66-year-old performer is hoping to move and shake her way to the top prize.

Season 24 doesn't only have a former baseball pro — it also has an NFL free agent! Rashad Jennings, 31, will trade the gridiron for the dance floor alongside pro partner Emma Slater.

The iconic Mr. T, an actor and retired wrestler, is best known for his role on television's "The A-Team," and now he'll be trying to bring his A-game to the dance floor. The 64-year-old star will be dancing alongside Kym Herjavec this season. 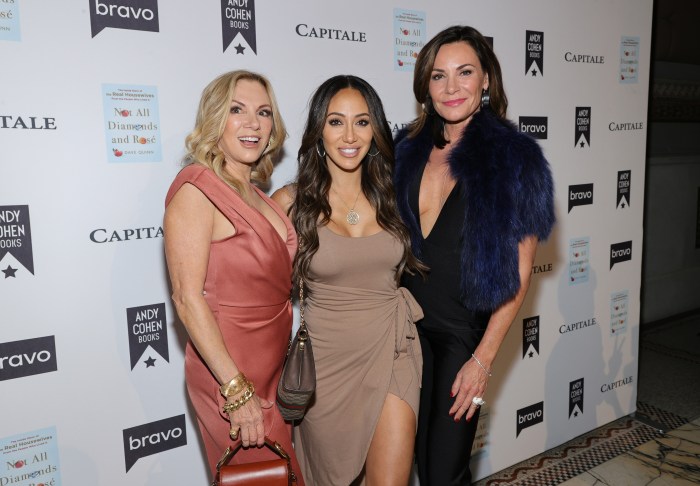 Up Next Bravo Book Launch