Princess Diana was known for her generosity… her relatability… her class… and, let's be honest, her style. Of course, a signature element of her look was her incredible collection of jewels. To celebrate what would have been her 60th birthday on July 1, 2021 — and the public unveiling of a new statue commissioned in her honor — join Wonderwall.com as we take a look at the late royal's most iconic jewelry pieces.

It only seems right to start this list with the piece of jewelry that started it all — Princess Diana's sapphire engagement ring. Unlike many of the pieces she would later come to own, this 12-carat Ceylon sapphire and diamond ring set in 18-karat white gold was a stock purchase and not a custom piece. (Specifically, a £28,500 purchase from crown jeweller Garrard.) Diana regularly wore the ring, which she got in February 1981, throughout her marriage and even her separation. In 2010, her son Prince William used it to propose to Kate Middleton — who continues to wear it today. Get a closer look next…

Here's a close-up look at Princess Diana's gorgeous Garrard engagement ring on the hand of her daughter-in-law, Kate Middleton, during the future Duchess of Cambridge's engagement announcement with Prince William on Nov. 16, 2010.

Arguably Princess Diana's most impressive piece of jewelry, the Cambridge Lover's Knot Tiara, was one of her favorites. The diamond and pearl tiara was originally created for Queen Mary back in 1914 and she left it to her granddaughter, Queen Elizabeth II, who reportedly loaned it to Diana for her wedding in 1981 (though Di ultimately decided to wear her own family's Spencer tiara for her walk down the aisle day). But once Diana became the Princess of Wales, she wore it all the time — often with white gowns and her Collingwood pearl earrings.

Princess Diana's iconic sapphire, diamond and pearl choker started out as a large brooch that was a wedding gift from the Queen Mother. A few years into her marriage, Diana had it made into the centerpiece of a seven-strand pearl choker. In 1985, she wore it during a dance with John Travolta at the White House, and in 1994 she matched it with her famous "revenge dress" that she donned the day Prince Charles admitted to his affair with Camilla Parker Bowles.

A relic from her pre-royal life, Princess Diana's triple-strand pearl choker was an 18th birthday gift from her father, John Spencer, 8th Earl Spencer. She wore it frequently in the early years of her marriage and during her pregnancies and in the mid-'80s swapped the turquoise in the clasp for pearls. Diana continued to wear the choker until the late '80s, when she began opting for styles that were more of the moment.

Princess Diana's jewelry wasn't all from the royal vault. In fact, one of her most famous pieces — the Spencer tiara — was actually passed down through her own aristocratic family, starting with her grandmother in 1919. Since then, many Spencer women, including both of Diana's older sisters, have worn it for their weddings. At Diana's own wedding in 1981, she chose the family tiara over Queen Mary's Cambridge Lover's Knot tiara, which Queen Elizabeth II had loaned to her for the occasion. After becoming a princess, Diana frequently wore her family heirloom to events, but in recent years it's made only rare public appearances — most recently at the 2018 wedding of her niece, Celia McCorquodale.

Throughout the 1980s, Princess Diana frequently accessorized with a pair of pearl earrings that were given to her by London's Collingwood jewelers as a wedding gift. The pear-shaped drop design worked at both daytime and more formal evening events. In recent years, they've been seen on Duchess Kate.

A five-piece sapphire and diamond jewelry suite given to Diana by the Saudi royal family proved to be the gift that kept on giving. Diana wore items from the set by Asprey — a huge Burmese sapphire pendant necklace and a matching ring, pair of earrings, watch and bracelet — as they were originally designed but also reworked some into new pieces. The ring and watch, for example, were turned into an iconic choker that Diana famously also wore as a headband. See it next…

When it came to jewelry, Princess Diana definitely had a creative streak. Her striking sapphire choker — which she also wore as a headband — started out as the ring and watch from the Saudi suite of jewels she received as a wedding gift. The main stone in the ring was set inside the watch face, then placed on a navy slip of fabric between two little chains of diamonds.

Princess Diana debuted her stunning Asprey aquamarine ring set in yellow gold, which she wore as a replacement of sorts for her engagement ring following her divorce from Prince Charles in 1996, at her Christie's charity auction in London in June 1997 — just a few months before her tragic death. The main stone, which is accentuated with diamonds, is estimated to be over 30 carats. Son Prince Harry gifted the ring to wife Duchess Meghan, who first showed it off at their wedding reception in 2018.

The Prince of Wales feathers brooch — which was originally a wedding gift from the "Ladies of Bristol" to Princess Alexandra (later Queen Alexandra) for her 1863 wedding — was a gift to Diana, Princess of Wales from the Queen Mother. The large diamond brooch accented with small emeralds — which Diana often strung onto a diamond tennis necklace and wore as a pendant — also has a detachable teardrop-shaped cabochon emerald that she sometimes hung from the main piece. The brooch has been worn several times in more recent years by the Camilla, Duchess of Cornwall — Prince Charles's second wife.

Princess Diana loved pearls — and chokers. During a 1996 visit to Chicago, the royal accessorized her purple Versace dress with a unique piece she wore to events toward the end of her life — an 11-strand pearl choker held together by thin columns of rubies and diamonds.

Princess Diana's art deco emerald choker, which she received from Queen Elizabeth II as a wedding present, was initially worn by Queen Mary in the early 1900s. Diana wore it as both a necklace and, notably, a headband — including with her turquoise satin organza David and Elizabeth Emanuel gown during a 1985 tour of Australia with Prince Charles. The piece remained with Diana through her entire life. See the last time she wore it next…

Princess Diana was last seen wearing her emerald and diamond choker during a gala celebration to mark her 36th birthday at London's Tate Gallery on July 1, 1997.

Princess Diana's large aquamarine and diamond earrings were one of her boldest pairs. She wore them with a pale blue chiffon Catherine Walker gown to the 1987 Cannes Film Festival, stealing the show and creating an absolutely iconic style moment.

One of Princess Diana's more modern (at the time) sets was the Oman sapphire suite that consisted of a necklace, a bracelet and a pair of earrings featuring geometric shapes. She received it as a present from — surprise! — the Sultan of Oman in 1986 when she was touring the Gulf region. She wore the suite in the late '80s and early-to-mid '90s. Though it was passed down to her sons after she died, it hasn't been seen in public since.

Toward the end of Princess Diana's life, her South Sea pearl earrings were a favorite accessory. The large pearls, which hung from almost-as-large diamond clusters, could also be detached from their diamond bases. She appeared in them many times throughout the '90s, including at her last official engagement in 1997.

Princess Diana's three-string pearl and diamond bracelet, which was designed by Nigel Milne for the charity Birthright, was a favorite in the late '80s. The piece has stayed in the family, with Duchess Kate sporting it in recent years.

Princess Diana's last official public appearance was at a June 3, 1997, performance of "Swan Lake" in Royal Albert Hall in London. Fittingly, the diamond and South Sea pearl necklace she wore to the event is now known as half of the Swan Lake Suite. The matching earrings weren't yet finished at the time, so she never actually got to wear them. Both were designed with her help by Garrard. They were sold by the jeweler soon after her death. 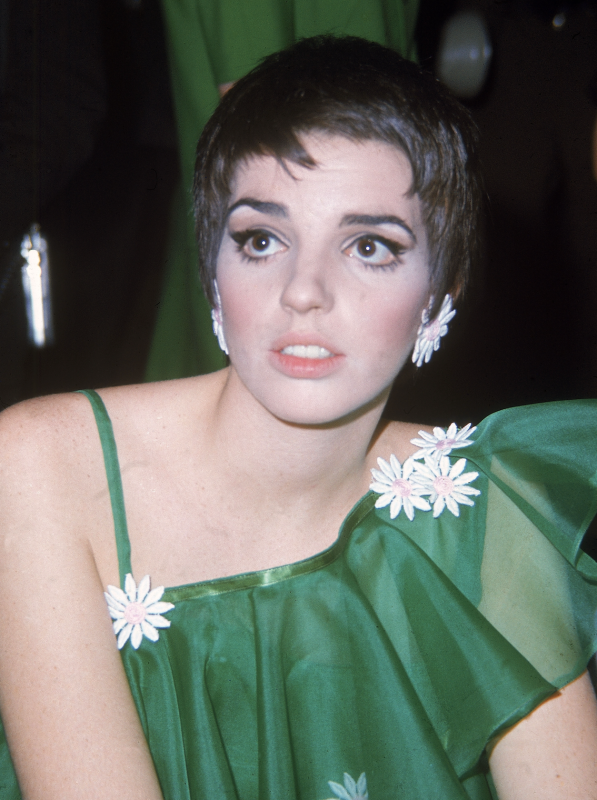