It's hard to believe, but July 1, 2019, marks what would have been Princess Diana's 58th birthday. In anticipation of the bittersweet day, Wonderwall.com is taking a look back at some of the most memorable moments from her too-short time in the spotlight. Let's start with the evening she wore this dazzling Christina Stambolian LBD to a charity dinner at the Serpentine Gallery in 1994. Keep reading to see more great photos of the former Princess of Wales…

Prince Charles looked regal with a stylish Lady Diana Spencer on his arm on the day they announced their engagement at Buckingham Palace — Feb. 24, 1981. Diana reportedly bought her royal blue skirt suit off the rack at Harrods department store for the occasion.

On her wedding day — July 29, 1981 — Diana looked every part the princess on Prince Charles's arm as they left St. Paul's Cathedral in London. She helped design her custom wedding gown with the design duo David and Elizabeth Emanuel. The elegant ivory dress boasted a 25-foot train and a massive veil.

Prince Charles kept his look royal casual — a sweater and a kilt — for their honeymoon at Balmoral Castle in Scotland in 1981. Princess Diana (and her hair!) looked phenomenal in a coordinated plaid skirt and jacket.

Princess Diana made a fashion statement while leaving St. Mary's Hospital in London after the birth of Prince William on June 22, 1982. Shortly after his arrival, the style maven stepped out with perfectly coiffed hair in a green and white polka dot dress. Can you imagine looking so put-together after giving birth?!

Princess Diana showed off her impeccable style at the 1982 Braemar Highland Games in Scotland where she donned a black beret and a red plaid high-neck blouse with black trimmings.

Princess Diana was all about the details and the accessories. The royal stunned in this red-and-white outfit, complete with a chic hat, in the colors of Canada during a state visit to Edmonton, Alberta, in June 1983.

Princess Diana made a memorable entrance at the "Amadeus" premiere in London in 1985 in a navy blue velvet dress with a lace bodice and a jeweled choker.

What a doting mother! Princess Diana looked happy and proud while posing with Prince William and Prince Harry at a piano in Kensington Palace in London on Oct. 4, 1985.

Powerful and stylish! During their first meeting on Nov. 11, 1985, both America's first lady, Nancy Reagan, and Britain's Princess Diana made serious fashion statements. Nancy opted for a conservative red dress-jacket combo with a skinny gold belt. Di complemented the first lady's look with a white dress and a crimson handkerchief — which was reportedly worn as a token of respect to Nancy, who favored red.

Princess Diana tore up the dance floor with John Travolta at the White House in November 1985. The Princess of Wales dazzled in a Victor Edelstein midnight blue velvet gown and her favorite seven-strand pearl necklace featuring a sapphire and diamond brooch. In 2007, the "Grease" and "Saturday Night Fever" actor recalled of their dance. "I'm so honored that I was able to experience it. I know for a fact that it was a highlight of being in the United States; it was her favorite moment. So I feel I made her life better; she made my life better."

In 1987, Princess Diana made a fashion splash at the Cannes Film Festival in a light blue chiffon gown with a matching scarf from one of her favorite designers, Catherine Walker.

Princess Diana looked flirty and fabulous in this striped dress with a bubble skirt topped with a double-breasted white blazer while attending the Cannes Film Festival in 1987. She completed her look with a pair of cap-toe heels.

Princess Diana held tight to young Prince Harry during the 1988 Trooping the Colour. Mother and son color-coordinated their outfits with Princess Di wearing a bright green-and-white blazer dress with a pearl choker and a matching wide-brimmed hat.

Princess Diana and Prince Charles were the epitome of a trendy '80s couple in their colorful skiing outfits during a trip to Switzerland in 1988. Also noteworthy are the couple's very similar mirrored sunglasses!

Princess Diana was ahead of the curve with colorblocking. The Princess of Wales donned this pink and red colorblocked dress with oversized gold buttons while in Kuwait during an official tour of the Gulf States in 1989. She finished her look with a wide-brimmed pink-and-red hat, a red clutch and large pearl earrings.

Family days! During a vacation in the Scilly Isles in 1989, Princess Diana, Prince Charles, Prince William and Prince Harry looked coordinated in neutral colors with pops of red.

Royalty meets Hollywood! Princess Diana looked elegant in a two-tone Catherine Walker halter-style evening gown while meeting Tom Cruise and Nicole Kidman at the premiere of "Far and Away" on July 30, 1992. Wouldn't you love to have been a fly on the wall during this meeting?

Pretty in pink! Princess Diana looked radiant in a pink skirt suit with a matching hat at the Order of the Garter Ceremony in 1993. She completed her chic look with a pearl necklace, matching earrings, black gloves and a coordinating clutch.

Matchy matchy! Queen Elizabeth II and Princess Diana both wore lilac suits and hats to the unveiling of the Canada Memorial Foundation Monument in London's Green Park on June 3, 1994.

Princess Diana looked very chic in this fashion-forward LBD while meeting Rita Wilson and Tom Hanks at the premiere of "Apollo 13" in London on Sept. 7, 1995. And from the looks of it, Tom had her trying to hold back laughter!

As a newly separated woman, Princess Diana did not shy away from showing off her fit figure. For the Serpentine Gallery Fundraising Gala in 1995, the single royal donned this glitzy sky blue Catherine Walker dress that definitely turned heads.

Princess Diana looked utterly sophisticated in this light blue skirt-blazer combo with white details while stepping out in London in 1996. She finished off her look with a small neck scarf, a simple white bag and a pair of chic, strappy heels.

Princess Diana was a vision in this cobalt blue satin gown at the 1996 Victor Chang Cardiac Research Institute Dinner Dance in Sydney. The Princess of Wales completed her gorgeous look with matching blue pumps, a blue clutch and diamond and sapphire jewelry.

Princess Diana looked very much the modern woman during a humanitarian visit to Angola, where she met with Red Cross workers and landmine victims on Jan. 14, 1997. She paired khaki chinos with a sleeveless chambray blouse — a classic look even today.

During another humanitarian trip, this time to Bosnia in 1997, Princess Diana once again made a classic style statement. She wore a crisp white button-up, light-wash jeans, a rustic brown belt and loafers. She also kept her accessories to a minimum — just simple gold earrings and a slim watch on her wrist.

These two humanitarians came from totally different backgrounds, but during a meeting at a convent in New York City on June 18, 1997, they couldn't have been more on the same page. Mother Teresa and Princess Diana — in matching white — held hands while bonding over their desire to love and help the world's poor.

A big fan of a sexy little black dress, Princess Diana wore this revealing number to an event at the Tate Gallery in London on July 1, 1997 — her 36th birthday. However, it was that sparkling emerald choker that immediately caught people's attention. It would be one of her last public appearances before her death less than two months later. 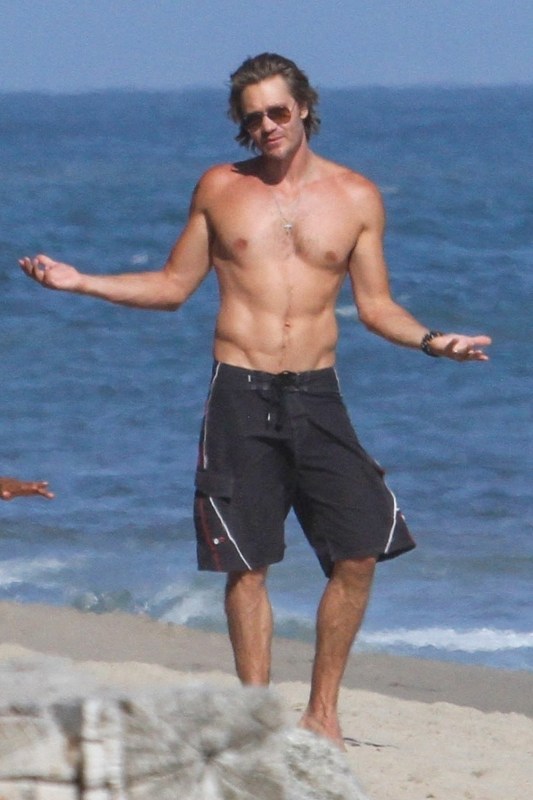 Up Next Beach Boy

More Wonderwall
The year so far...