As the pinnacle of award season nears — the 90th Academy Award are slated to air on March 4 — here are some things you might not know about 2018's nominated actors, directors and films. (Feel free to use this information to impress friends and family in your running commentary at your Oscar-viewing party.) Let's start with this: Mary J. Blige's nominations for best supporting actress and best original song (both for her work in "Mudbound") serve as additional proof as to why this woman has deserved the title "Queen of Hip Hop Soul" since her 1992 debut. Although she sang in her local church choir, her path to musical stardom truly started when she made an amateur recording of Anita Baker's "Caught Up in the Rapture" at a local mall. Mary's mother shared that recording with her boyfriend, and it eventually ended up with Andre Harrell, an executive at Uptown Records who signed a young Mary. However, her path to stardom was not as easy as it sounds. Growing up in Yonkers, New York, in a single-parent family — her mother, Cora, held down three jobs to make ends meet — Mary knew the value of hard work. In fact, the title of her landmark debut album "What's the 411?" is in part a reference to her time spent as a 411 operator at an early age.

Best supporting actor nominee Woody Harrelson has enjoyed a long and varied career thanks to his versatility as an actor who's equally adept at comedy (TV's "Cheers") and drama ("Three Billboards Outside Ebbing, Missouri," for which he earned a 2018 Oscar nod). Woody's father also had a long career, although in a slightly different industry. And by slightly we mean as far away from movie stardom as one could get. Charles Harrelson was a contract killer who was convicted of murdering two men in separate crimes. Most notable of these was his assassination of federal judge John H. Wood Jr., the first federal judge to have been killed in the 20th century. At the time of his arrest, after a six-hour standoff while reportedly high on drugs, Charles told officers that he was also involved in the JFK assassination. He later recanted, but conspiracy theorists continued to link him to alternative narratives surrounding the most infamous assassinations of all time.

Who run the world?

That's right, girls run the world. Leading the charge in 2018 is Greta Gerwig, who's nominated for best director for "Lady Bird," one of the most celebrated films of 2017. But it might surprise you to learn that Greta is only the fifth woman ever to be nominated for best director in the Oscars' 90-year history. The first woman ever nominated was Lina Wertmüller for her film "Seven Beauties" in 1977. The first woman to win the award came 33 years later when Kathryn Bigelow took home an Oscar for directing "The Hurt Locker" in 2009.

In a league of his own… almost

Daniel Day-Lewis is enjoying his sixth acting nomination for his lead performance in "The Phantom Thread." If he wins for what he has said is his final cinematic performance, he will be at the very pinnacle of Oscar winners. Actually, that should be singular because currently, that space is occupied by only one person. Katharine Hepburn is the actor who's won the most Oscars — four (for her work in "Morning Glory," "Guess Who's Coming to Dinner," "The Lion in Winter" and "On Golden Pond"). Daniel has won three (for his performances in "My Left Foot," "There Will be Blood" and "Lincoln"). If he does not win in 2018, he will remain in the slightly more crowded (but not by much) category of three-time Oscar acting winners, a list that includes Ingrid Bergman, Walter Brennan, Jack Nicholson and Meryl Streep. Not bad company either way.

One of Meryl Streep's most tear-jerking roles was not for the camera. In the late '70s, as her star was in the ascendant, Meryl's boyfriend of two years, actor John Cazale (best known for his role as Fredo in "The Godfather" series), was diagnosed with cancer. John's health started to rapidly decline during the production of "The Deer Hunter," a film the couple were both starring in (pictured here). For the next five months, Meryl nursed her boyfriend and accompanied him to his chemotherapy treatments. "Meryl stayed by his side every single moment," director Michael Cimino told People magazine in 1995. "By her devotion to John, I knew she had great courage." Sadly, John lost his cancer battle in March 1978. Meryl received her 21st Oscar nomination — for her lead performance in "The Post" — in 2018.

Modern-day fairy tale "The Shape of Water" should leave no doubt that Guillermo Del Toro is one of the most visually creative directors working today, tapping into a lifetime of inspiration from movies, TV shows and comic books and translating it into something truly unique and haunting. While Guillermo's inspirations are vast, it's perhaps his childhood that has proven to be the deepest well that he continues to draw from. According to the director, his father won the Mexican lottery and used his winnings to buy a mansion and launch successful auto dealerships while his mother was "a sort of white witch" who spent months traveling with Gypsies learning the Tarot. Add to that mix a deeply Catholic grandmother who tried to exorcise a young Guillermo twice and even put bottle caps in his shoes as a form of penance, and you have a recipe for one's very own unique fairy tale.

Frances McDormand and Meryl Streep are both up for best actress this year. However, that's not all they have in common. Turns out both women were either considered for or were themself considering a role in "Thelma & Louise." Screenwriter Callie Khouri had Frances (who's up for best actress at the 2018 Oscars for her work in "Three Billboards Outside Ebbing, Missouri) and Holly Hunter in mind when writing the movie, and Meryl, along with Goldie Hawn, was eying the iconic feminist film as a vehicle they could do together before they eventually moved on to work together in the dark comedy "Death Becomes Her." Although it's hard to picture anyone else in the roles made famous by Susan Sarandon and Geena Davis, imagine "Thelma & Louise" with Meryl and Frances in the titular roles. Not bad, right?

At 22, "Call Me By Your Name" star Timothee Chalamet is one of the youngest best actor nominees in the Academy's history (only Mickey Rooney was younger when he was nominated way back in 1944). But Timothee's talent should come as no surprise when one looks at his talented family. His mom, Nicole Flender, is a former dancer and his uncle is director Rodman Flender. While Uncle Rod's choices in film ("Leprechaun 2") might not have been the best showcase for his talent, his work in television includes directing episodes of "The Office," "Ugly Betty," "Gilmore Girls," "The O.C." and "Chicago Hope." And if that isn't enough, Timothee's aunt, Amy Lippman, created popular '90s teen sudster "Party of Five."

Oscar-nominated "The Shape of Water" co-stars Octavia Spencer and Sally Hawkins have something else in common: Both were diagnosed with dyslexia as children and both found outlets through the arts. For Octavia, jumbled words required her to read passages repeatedly, which would cause her to lose interest in reading. However, one intrepid teacher suggested she start reading mysteries as a way to keep herself engaged. It worked. "I'm reading today because of Encyclopedia Brown," Octavia recently told students at a school assembly. For Sally, it was discovering acting. She told The Guardian in 2012, "English was always an academic subject. There was a barrier I found so hard to break. But as soon as I spoke the words, I understood what they meant. This whole world of literature unlocked, which I'd been scared of."

Two of "The Phantom Thread" director (and best director nominee) Paul Thomas Anderson's four children with partner Maya Rudolph have Minnie in their name (Pearl Minnie and Minnie Ida), which is in honor of Maya's late mother, Minnie Riperton, a five-octave soprano and recording artist whose biggest hit was 1975's "Lovin' You." Minnie Riperton passed away from breast cancer at the age of 31 just before her comedy-star daughter's 7th birthday. The melody to "Lovin' You" was created as a way to soothe Maya when she was a baby. Near the end of the album version and in live performances, Minnie sings the name "Maya" over and over toward the end of the song.

Despite what you might have heard, "Call Me By Your Name" star Armie Hammer — who might not be nominated himself, though his film is — is not the heir to the Arm & Hammer fortune. However, he is the great-grandson and namesake of industrialist, art collector and philanthropist Armand Hammer who, according to his Los Angeles Times obituary, became a millionaire before he graduated from college by selling whiskey to drugstores during Prohibition. Armand graduated from college (and medical school) before he went on to have many careers, from importing and exporting goods and manufacturing pencils in the Soviet Union to selling art and investing in oil wells, which led to an expansion into chemicals, coal and fertilizers. Following in his grandfather's independent footsteps, Armie set out to make a career for himself based on his own merit. He said in a 2012 interview with Entertainment Weekly, "I am not supported by [family money] in any way. I support myself. My wife and I together — it's all our household. I'm really proud of that."

Gary Oldman (up for a best actor Oscar for his work in "Darkest Hour") is the sixth — yes, sixth — actor from the "Harry Potter" franchise to portray Winston Churchill on-screen. (To be fair, every British actor was in the "Harry Potter" franchise.) … Best supporting actor nominee Willem Dafoe (for "The Florida Project") is the only actor who's ever been nominated for an Academy Award for playing a vampire (in 2000's "Shadow of The Vampire") … Ferdinand the bull, the titular character from 20th Century Fox's "Ferdinand," which is nominated for best animated feature this year, has been to the Academy Awards before: In 1938, the popular children's book about the flower-sniffing bovine was adapted into a short animated film by Walt Disney and won the Academy Award for best short subject (cartoons). … And for some additional Timothee Chalamet trivia, the young actor reportedly dated Madonna's daughter Lourdes Leon when they both attended New York's Fiorello H. LaGuardia High School of Music & Art and Performing Arts. 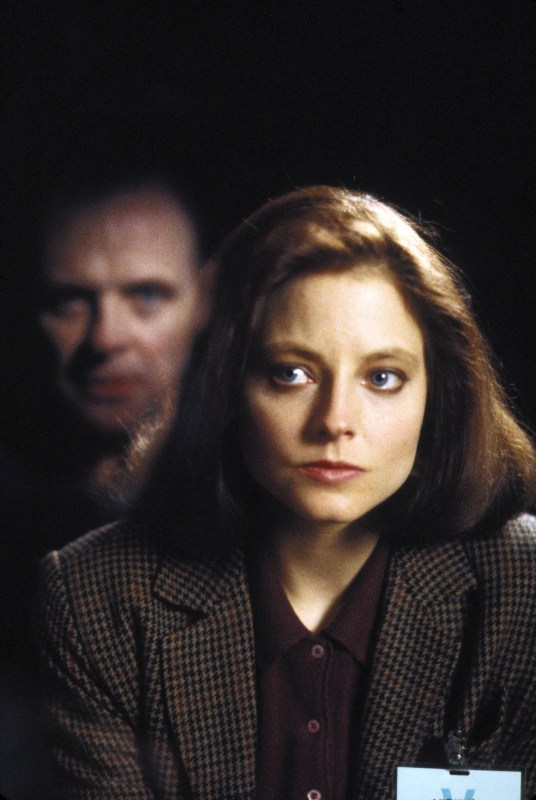 Up Next Award-Worthy Scares