The 2017 Emmy Awards were fun for all ages! Wonderwall.com is taking a look back at the chicest kids of the night, starting with 13-year-old "Stranger Things" star Millie Bobby Brown, who looked fabulous in a Calvin Klein By Appointment dress. Now keep reading for more of the evening's biggest small-stars…

RELATED: Stars share their personal pics while getting ready for the Emmys

"Black-ish" star Yara Shahidi, 17, donned one of the chicest looks of the night: a flesh-toned Prada gown.

RELATED: The most buzz-worthy moments of the 2017 Emmys

Too cute! Liev Schreiber's 8-year-old son, Kai, accompanied him to the Emmys. The father and son matched in black tuxedos!

"Black-ish" star Marsai Martin, 13, was SO chic in a Rubin Singer gown during the Emmys. She finished off her look with a cute Vince Camuto clutch and coordinating heels.

"Modern Family" cutie Jeremy Maguire, 6, wore a blue cape with his suit during the Emmys.

"The Young and the Restless" actress Alyvia Alyn Lind, 10, looked super-cute in a light blue dress with pockets during the Emmys.

"Modern Family" star Aubrey Anderson-Emmons, 10, looked adorable in a collared Bonpoint blouse, which she wore with a skirt by Marie Chantal and flats from Katy Perry's shoe collection, during the Emmys.

Jim Parsons and Iain Armitage — who portrays a younger version of Jim's "The Big Bang Theory" character, Sheldon Cooper, on the upcoming prequel "Young Sheldon" — presented an award together during the Emmys. Cute! 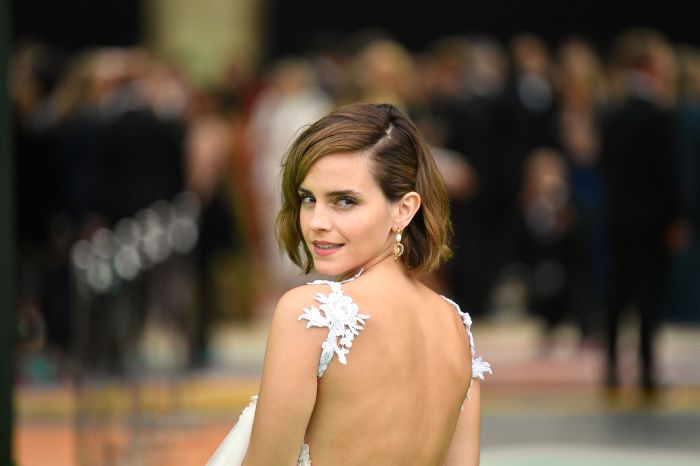