From George Clooney and Miguel Ferrer to Lenny Kravitz and Al Roker, some celebrities are linked way beyond their shared A-list status: They're also related! In celebration of National Cousins Day on July 24, 2017, Wonderwall.com is rounding up our favorite unlikely superstar relatives … starting with George Clooney and late actor Miguel Ferrer! Hollywood's beloved George is surprisingly cousins with the deceased actor most remembered for his roles as Bob Morton in "RoboCop" and Owen Granger on "NCIS." He tragically died of throat cancer in January 2017 at age 61. Read on for more details and other unlikely kin.

RELATED: How tall are your favorite male stars?

Stacey Dash is blood-related to a certain media mogul who launched the careers of Jay-Z and Kanye West.

Can't disguise the last name! Damon Dash is cousins with the "Clueless" star Stacey Dash. These first cousins grew up in the Bronx together.

Lenny Kravitz is the cousin of a well-known TV anchor. The "Fly Away" singer and the host's grandfathers are cousins.

That TV anchor is Al Roker! "All I know is I'm going with it. Kids think it's cool," the "Today" host said when he revealed his cousinly connection with Lenny Kravitz in Sept. 2011.

The late, great Whitney Houston is cousins with a famous soul singer who came up in the 1960s. Hint: one of her biggest songs is "Walk on By." Any guesses?

Dionne Warwick is Whitney Houston's cousin! There's a lot of talent in those genes! Dionne said she spoke with Whitney on the day she passed away. On "Good Morning America" in March 2012, she described Whitney as "the little girl I never had" — which just shows how close these two really were.

Tom Cruise might have dropped his last name during his climb to über stardom, but he still shares an uncanny likeness to a certain "Lost" star. Keep reading to see Tom's equally handsome cousin…

William Mapother might be best known for his role as Ethan Rom on the TV series "Lost," but what you might not know is that he has also appeared in five movies starring his paternal first cousin Tom Cruise: "Mission: Impossible II," "Born on the Fourth of July," "Magnolia," "Minority Report" and "Vanilla Sky." Way to keep it in the family, Tom!

You might already know that Kyra Sedgwick is the first cousin once removed of '60s icon and "It" girl Edie Sedgwick. But you may not be aware that she also has a special relationship with someone who happens to be a distant cousin.

After Kyra Sedgwick and husband Kevin Bacon signed up to appear on the PBS show "Finding Your Roots" hosted by Harvard professor Henry Louis Gates Jr., they learned they were ninth cousins once removed!

Johnny Depp might be considered Hollywood royalty, but genealogist Nick Barratt has said the actor also shares a bloodline with a certain royal family across the pond! Could Johnny be in line for the throne in a European country?

Not quite, but Dr. Barratt told the Sunday Mirror that "you have to go back more than 500 years to reach the point where Johnny Depp's ancestors become royal." That said, there's a great probability that Johnny is cousins with Queen Elizabeth II! Twentieth cousins, that is!

Brad Pitt is one of the most recognizable (and bankable!) actors in the world. He's also related to a man who was once the most powerful leader in the world.

Former President Barack Obama and Brad Pitt are ninth cousins. It has been determined that they are linked through Edwin Hickman, who died in Virginia in 1769.

In 2011, Ellen DeGeneres joked endlessly about securing one of the most coveted wedding invitations of the century! But being a distant cousin of the princess bride wasn't enough to lock in an invite for the TV host.

You read right! Ellen DeGeneres announced on her show that Tom Champoux from the New England Historic Genealogical Society, who had been working on Duchess Kate's family tree, discovered that Ellen was related to the royal through a man named Sir Thomas Fairfax and his wife, Agnes Gascoigne. "You are distant cousins — 15th — but cousins still the same," Champoux revealed in a letter to Ellen.

Angelina Jolie is linked to a handful of famous people. She's the soon-to-be ex-wife of Brad Pitt and the daughter of actor Jon Voight. But it looks as if she can add a former secretary of state to her family tree. Can you guess which one?

That's correct! Former presidential candidate Hillary Clinton and Angelina Jolie are ninth cousins twice removed. Not only are both passionate about politics, but they're both related to Jean Cusson, who died in Saint-Sulpice, Quebec, in 1718.

They might not be first cousins, but Ben Affleck and his BFF have been pals since childhood and even had tremendous success working together in Hollywood. Here's one last hint: This duo shared an Oscar for Best Original Screenplay for their flick "Good Will Hunting."

What else can this bromance ask for? According to the New England Genealogical Society, Matt Damon and Ben Affleck are 10th cousins once removed.

If "The Real Housewives of New Jersey" star Melissa Gorga ever battles it out with castmate and sister-in-law Teresa Giudice, maybe she can get some backup from a famous cousin — someone who's been known to sharpen his karate skills by using the "wax on, wax off" technique.

Nicolas Cage has not one but two famous cousins in Hollywood: one's an actor and the other's a director.

Before Nicolas was a Cage, he was a Coppola. Yes, his uncle is famed director Francis Ford Coppola. That makes Francis's daughter, director Sofia Coppola — who won an Oscar for Best Original Screenplay for "Lost in Translation" — Nic's first cousin. Keep reading to see which indie star and musician is also Nic and Sofia's first cousin.

Jason Schwartzman, Sofia Coppola and Nicolas Cage are first cousins! Betcha wish you were lucky enough to be a part of this family tree!

From "Blue Lagoon" to "Suddenly Susan," Brooke Shields' career in Hollywood has spanned decades. But what you might not realize is that she has a cousin just as famous as her eyebrows.

Melissa McCarthy isn't the only funny gal in her family! Long before her scene-stealing moments in "Bridesmaids," her hottie cousin was making us laugh with her goofball ways. Need a hint? This blonde bombshell has graced the cover of Playboy and is married to a former boybander!

Yep, Melissa McCarthy and Jenny McCarthy are cousins! And in case you don't believe us, when Jenny found out about her cousin's Oscar nomination, she tweeted "Holy s—tballs!! Yay. Congrats to my cousin Melissa McCarthy for Oscar nom!! So proud!!" Aw!

There's no doubt that Gwyneth Paltrow comes from a wildly talented family. She's not only the daughter of actress Blythe Danner and late director Bruce Paltrow, but Gwyneth also has a famous cousin. Find out who next…

Snoop Dogg is cousins with a fellow female musician in the R&B universe. She also has a famous brother known for his one-off rap songs and also had a particular high-profile tryst. Who could it be?

Deceased sultry-eyed actress Lauren Bacall was cousins with a certain former president and prime minister of Israel who passed away in 2016.

Former NBA great Shaquille O'Neal is second cousins with a hilarious stand-up comedian who began his career as a VJ on MTV.

Shaquille O'Neal's cousin is… Bill Bellamy! Talk about a family with a lot of talent!

When Lady Gaga released her hit single "Born This Way," fans and critics alike heard a distinct resemblance to the Material Girl's '80s hit song "Express Yourself." Could Madonna and Gaga's work sound so similar because the Italian-American singers are, in fact, related?

It's true! Lady Gaga and Madonna share the same blood! According to genealogist Chris Child, these two queens of pop are ninth cousins. 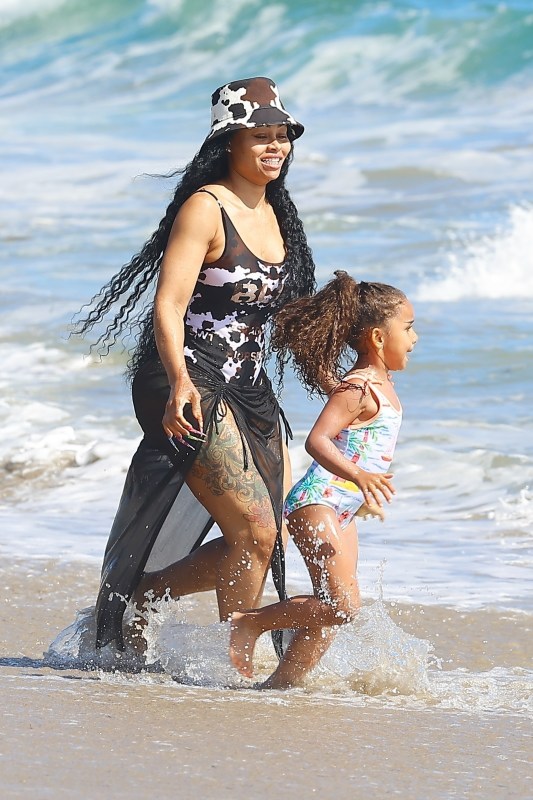 To mark Minka Kelly's 42nd birthday, find out what the cast of NBC's 'Friday Night Lights' is doing now