The world just got a little less funny. On May 15, Fred Willard, a comedy legend who rose to fame in the late '70s, passed away at the age of 86. His daughter Hope announced the death on Saturday. "My father passed away very peacefully last night at the fantastic age of 86 years old," she said. "He kept moving, working and making us happy until the very end. We loved him so very much. We will miss him forever." The Emmy-nominated comic genius often played lovable dimwitted characters on screen and starred in a slew mockumentaries, many of them directed by Christopher Guest. Following his death, many in Hollywood took to social media to honor the funnyman. Click through to see who's paying tribute to the late, great comedy icon.

"How lucky that we all got to enjoy Fred Willard's gifts. He is with his missed Mary now. Thanks for the deep belly laughs Mr. Willard." –Jamie Lee Curtis

"Fred Willard was the funniest person that I've ever worked with. He was a sweet, wonderful man." –Steve Carell

"There was no man sweeter or funnier. We were so lucky to know Fred Willard and will miss his many visits" —Jimmy Kimmel

"Gutted. His immense talent and kindness will never be forgotten. We love you Fred Willard. Thank you for the decades of laughter." —Christina Applegate

"Fred Willard was a brilliant comic actor and improvisor. He could make anything funny. His work goes down as some of the funniest ever, From Jerry Hubbard on…he inspired and influenced so many people in comedy. Sending love to his family." —Ben Stiller

"It was a privilege to have the great Fred Willard know my name. Rest In Peace Fred. You were funny in your bones." –Eric Stonestreet

"RIP, Fred. You were always my comic hero. I was thrilled to work with you in Roxanne." –Steve Martin

"I loved Fred Willard so much. Anything he ever did made me laugh. 'Waiting For Guffman' is one of my favorite comedies. Not to mention 'Best In Show!!!!' This is so sad." –Zach Braff

"Nobody sharper. Nobody funnier. What a loss." –Dan Levy

"Rest In Peace sweet @Fred_Willard. You will always be a true original and I am so honored that our lives intersected. No one will ever come close to replacing your genius." —Jesse Tyler Ferguson

"Plans tonight: watching 'Best In Show' and 'Your Sister's Sister.' We lost a lot of light today." —Olivia Wilde

"Fred Willard could not have been funnier. He was pure joy. And the sweetest person you could ever meet." –Judd Apatow

"I'm at a loss for words, a state Fred Willard never found himself in. My friend for 40+ years, a great comic actor who had no competition because there was only one of him. We were all so lucky. Goodbye, Fred." –Michael McKean

"We lost an absolute legend today. Fred Willard was so incredibly generous to join us the last few years on #Thebachelor  He was a kind, gentle, thoughtful, talented, loving man. God bless you Fred. Our thoughts and prayers go out to his family #RIP" –Chris Harrison

"Oh man, this hurts. The funniest man ever to work with was also the nicest. Rest In Peace @Fred_Willard" –Ken Jeong

"RIP to the legendary #FredWillard. The first time I worked with him ironically it was a table reading for a Drama/comedy play. I was still in The Groundlings in those days. He looked right in my eyes when we had dialogue. Basic but vital acting tip. Oh and funny as f**k" —Kathy Griffin

"My heart is hurting right now learning of the passing of my friend Fred Willard. Fred was one of the most gracious human beings I ever knew. When I got my first TV role on #BackToYou nobody was more kind & welcoming than Fred…whether  attending my wedding or just calling me" –Josh Gad

"They're having quite a week in Comedy Heaven. Jerry Stiller and now Fred Willard. RIP you giants." –Brent Spiner

"Among many things, Fred Willard taught me not to be afraid to turn up to a scene with your own joke props. Or indeed material. What an incredibly funny man. Rest well Fred." –Chris O'Dowd

"That we now have lost @Fred_Willard breaks my heart in the way only 2020 can REPEATEDLY. #RIPFredWillard I am so happy I got to meet & work with you" –Yvette Nicole Brown

"RIP Fred Willard thank you for the laughs" —Joe Jonas

"So sad to hear about Fred Willard. He was a brilliant satirist. Made you laugh from your gut. And the kindest of souls." –Rob Reiner

"I have rewatched waiting for guffman dozens of times primarily because of Fred Willard's genius. RIP." –Paul Wesley

"I remember the first time we met doing the talk show circuit and I asked you, 'can we be best friends?' You paused.. forced a comedy smile and replied, 'you see.. we already are.. but you never.. you never call.'" –Dane Cook

"One of my favorite lines in a movie ever was delivered by Fred Willard in BEST IN SHOW, after a naughty dog went after the judge: 'He went after her like she was made of ham.' This man was so brilliant and he elevated the flicks and TV shows in which he popped up. RIP, Funny Man!" –Kevin Smith

"Fred Willard was a fountain of incredible humor, borne of deep insight into humanity." –Flea

"God bless you, Fred Willard. You sure did make us laugh. #ripfredwillard" –Jason Alexander

"Funnyman Fred Willard left us for the heavens today. Thank you for the laughter, Fred. We appreciate it more than ever before. Now go make the stars twinkle in delight, in only the way you know how." –George Takei

"What an honor and a joy to have been able to share a stage with the brilliant, kind and inventive #Fred Willard. You were truly a One-Of-A-Kind dear friend. Hug Mary for me.  Much love and respect." –Brad Garrett

"Just learned of Fred Willard's passing. Just about the funniest human ever to walk the planet. An amazing talent, in telekinetic contact with the very wellspring of comedy." –Harry Shearer

"Nobody funnier than #FredWillard. And when he happened to be in an audience, nobody laughed harder. Just saw him before quarantine & already miss him. He was my biggest fan and I am his. Fred & Mary were so kind to me. Sending a big virtual hug to his family, friends and fans" –Jeff Ross

"We were fortunate to have worked with the hilarious Fred Willard on several episodes of Sister, Sister. His comedy chops were unbeatable. We'll miss you, friend." –Jackee Harry

"Fred Willard was and will always be one of the funniest people in the history of people. Thank you Fred for all of the cackling joy you gave." –Taran Killam

"Devastated to learn that the great Fred Willard has died. I was honored to have called him a friend. One of the funniest, nicest, sweetest, purest souls I have ever had the privilege to know. He was my hero from Fernwood Tonight when I was a kid. He was never not funny. RIP Fred." –Paul Feig

"Such a sad day. We've lost #FredWillard and he will be missed. He was in our 'Aristocrats' and killed. He'll always be 'Fernwood Tonight' to me, inventing modern comedy with #MartinMull. Fred never winked, he played the comedy pure. Genius. Perfect." –Penn Jillette

"One of my favourite comedy actors. Loved him in Best In Show & Anchorman. Thanks for all the laughs, Fred." –Piers Morgan 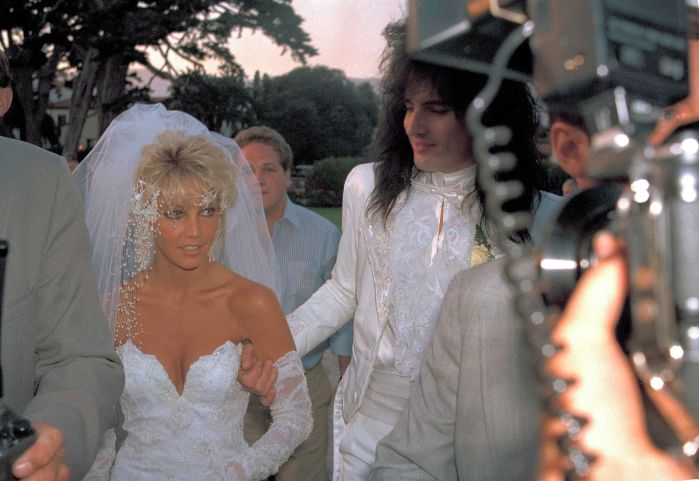