Sarah Paulson wishes she could get a do-over regarding a choice she made for her upcoming role in "Impeachment: American Crime Story," which debuts on Sept. 7. From an acting standpoint, Sarah is proud of her portrayal of Linda Tripp, the whistleblower who exposed Bill Clinton's affair with Monica Lewinsky, but she strongly regrets donning a "fat suit" for the gig. "It's very hard for me to talk about this without feeling like I'm making excuses," she told the Los Angeles Times. "I think fat phobia is real. I think to pretend otherwise causes further harm. And it is a very important conversation to be had." Sarah had initially planned to gain weight for the role in the series, but that plan didn't work out. That's when the suit came into play. "I think the thing I think about the most is that I regret not thinking about it more fully," she said. "And that is an important thing for me to think about and reflect on. I also know it's a privileged place to be sitting and thinking about it and reflecting on it, having already gotten to do it, and having had an opportunity that someone else didn't have. You can only learn what you learn when you learn it." The Emmy winner said she "wouldn't make the same choice [using the fat suit] going forward."

Talk about being caught red handed! Over the weekend, Lisa Rinna and Harry Hamlin's daughter Amelia Gray Hamlin didn't know what to think when she went outside and saw her parents skinny dipping in the middle of the day in a hot tub! "I just found my parents skinny dipping in the hot tub and idk if Im traumatized of like if [it's] cute," she wrote alongside a photo of the parents in their birthday suits, which she posted to her Instagram Story. The family didn't detail where the naked encounter occurred, but most fans believe it was in Muskoka in Canada. The naked tale also came just a few days after a "Real Housewives of Beverly Hills" clip showed Lisa complaining about Amelia's relationship with Scott Disick, who is 18 years older than the model. "Like, why can't it be Harry Styles? Why the f–k is it Scott Disick?," Lisa said. A day later, Amelia playfully jabbed at her mom, writing on Instagram, "ugh, love the support."

August 29, 2021, was the day that Kanye West fans had waited and waited for — his long-delayed album "Donda" was finally released. To little surprise, Kanye's 10th studio album crushed its musical competition, hitting No. 1 on Apple Music in 130 countries. However, the release wasn't without drama. Prior to the release, there was an issue with DaBaby's verse on the song "Jail 2." Ye — as he may soon be known as — refused to release the album without DaBaby. The scuttlebutt was soon cleared. Then, a few hours after "Donda" was out, Kanye claimed his record label released it without his permission. "Universal put my album out without my approval and they blocked Jail 2 from being on the album," he wrote on Instagram. ("Jail 2" is included on both Apple and Spotify.) Funny enough, many fans thanked Universal in Kanye's comments section.

RELATED: Are the Kardashian-Jenner's unlucky in love?

While starring on The Disney Channel's "Even Stevens" in the early aughts, Christy Carlson Romano was rolling in the dough. As a 16-year-old, she had raked in "millions of dollars" between her acting career, a book deal and a record deal. Now, 21 years later, she admits that she blew through all her money. All of it. In a YouTube video, Christy, 37, said she had a "complicated" relationship with money, having always thought she'd had an ample amount of it. "My biggest thing about child actors, you aren't told that the work is going to slow down," she said. "In fact, I was told the opposite, specifically by my mom, some of my team, even my money manager at the time." Initially, Christy put some money toward college, but she dropped out less than two years later. "Then I had this money at my disposal," she said. "I was never told how much money I was making. Money didn't have a purpose for me, I didn't really know what it was. I just knew that I had it and didn't care about it. That's a problem." Once the money was out, she took roles she didn't want to do. "Basically, I did a nude scene," she recalled. "I had never thought in a million years that I would ever do something like this. I was America's sweetheart, morally sound in my mind. I believed in the Disney magic, I still do. And then I felt so exploited and marked and horrible." Despite her money matters, the actress assured fans she's ok now and learned from her financial mistakes.

It's not a stretch to say that Cat Cora is driving her estranged wife crazy. New legal documents, obtained by TMZ, show that the famed chef and Nicole Ehrlich have reached a divorce settlement, and the latter will get THREE cars, a 2010 Lexus RX 350, a 2015 Audi CV and a 2017 Jeep. Nicole will also get furniture, jewelry and several bank accounts. For her part, the "Iron Chef" star will get some furniture, jewelry and artwork. Cat is also getting some of her companies. The divorce will become final on Nov. 8. Both women have waived the right to receive spousal support, and they shared no children together.

That's amore, indeed! Kourtney Kardashian and Travis Barker's romance is visible from air, land and now sea. On Aug. 30, the lovebirds, who jetted off to Italy last week, went all touristy as they cuddled up on a gondola in Venice. Perfectly enough, the gondola seat was even shaped like a heart. A few hours after, the reality TV star posted a stunning image with her beau taken at a Dolce and Gabbana fashion show. Kourtney captioned the photo with a heart. Travis commented, "We're moving to Italy." Just last week, the couple romanced in Mexico. Although Blink-182 isn't on the road right now, Travis is clearly still on tour… a love tour.

Hostess with the mostess

Things are about to look different at "The View." On Aug. 30, producers of the daytime show announced that no one would permanently replace conservative voice Meghan McCain just yet. Meghan, the daughter of the late Sen. John McCain, left the show in early August as its 24th season drew to a close. For the upcoming season, a rotation of conservative women will fill Meghan's former slot alongside Whoopi Goldberg, Joy Behar, Sunny Hostin and Sara Haines. The women set to lend their voices include Ana Navarro, former Utah congresswoman Mia Love, Condoleezza Rice, S.E. Cupp, Carly Fiorina, "Real Housewives of New York" star Eboni K. Williams, Mary Katharine Ham, Alyssa Farah, "Southern Charm" and "Real World" alum Cameran Eubanks and Gretchen Carlson. In addition, to celebrate the upcoming 25th season of the ABC show, a parade of former cohosts will also return for one-episode stints.

While starring in "Dead Poets Society" together in 1989, Ethan Hawke wasn't exactly the biggest fan of Robin Williams. He also felt that Robin didn't like him. Ethan later found out he was wrong. "I thought Robin hated me. He had a habit of making a ton of jokes on set," Ethan said during a Q&A at the 55th Karlovy Vary International Film Festival. "At 18, I found that incredibly irritating. He wouldn't stop and I wouldn't laugh at anything he did." Afterward, Ethan was surprised when the late actor helped him land an agent. "There was this scene in the film when he makes me spontaneously make up a poem in front of the class," Ethan said. "He made this joke at the end of it, saying that he found me intimidating. I thought it was a joke. As I get older, I realize there is something intimidating about young people's earnestness, their intensity. It is intimidating — to be the person they think you are. Robin was that for me."

Sir Anthony Hopkins sees nothing redeeming about acting school. While speaking to British GQ ahead of receiving The Legend Award at GQ Men Of The Year Awards, Anthony advised aspiring actors "not to waste their money" on acting schools, implying that most the instructors don't have the credentials to actually teach the craft. "Don't waste your money. They're failed actors that set themselves up as gurus," the two-time Oscar winner said. "There's one very well-known actor with an acting class here in Los Angeles and he's the star of the show! And all these other students sitting around paying their fees and he's the star! He's on stage with them, interrupting them, being rude to them. No, you don't do that."

Former child star Tony Dow has been hospitalized, but his wife is quick to point out that the "Leave It to Beaver" alum does not have COVID. (He took five tests, all negative, to prove he's COVID-free.) Tony, his wife says, has pneumonia. On Aug. 30, Lauren Dow, told TMZ that she rushed her husband to the hospital last week. He then sat in the emergency room for 24 hours because there were no beds, all of which were full of COVID patients. Lauren said things are looking up for her husband and he could be released within a week. 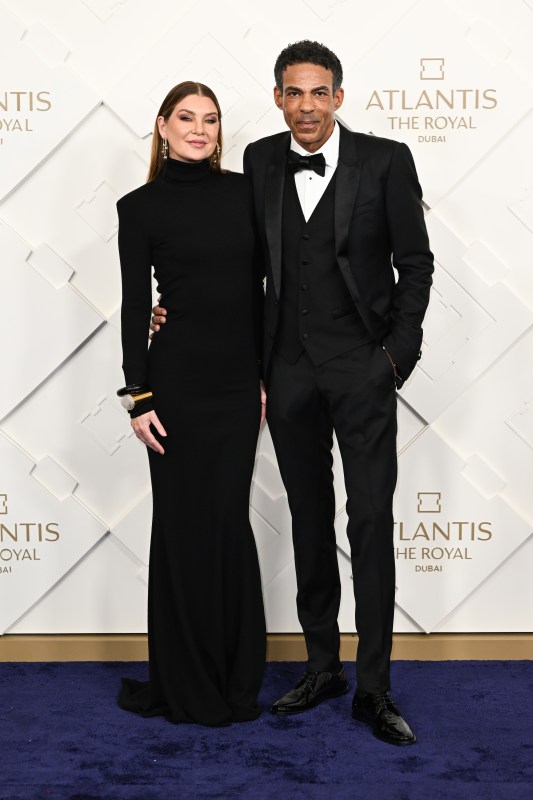