Are Blake Shelton and Gwen Stefani "planning for a baby"? That was the claim from a celebrity magazine exactly one year ago today. Gossip Cop reported then it was untrue, and now 12 months later it's even clearer how false that story was. 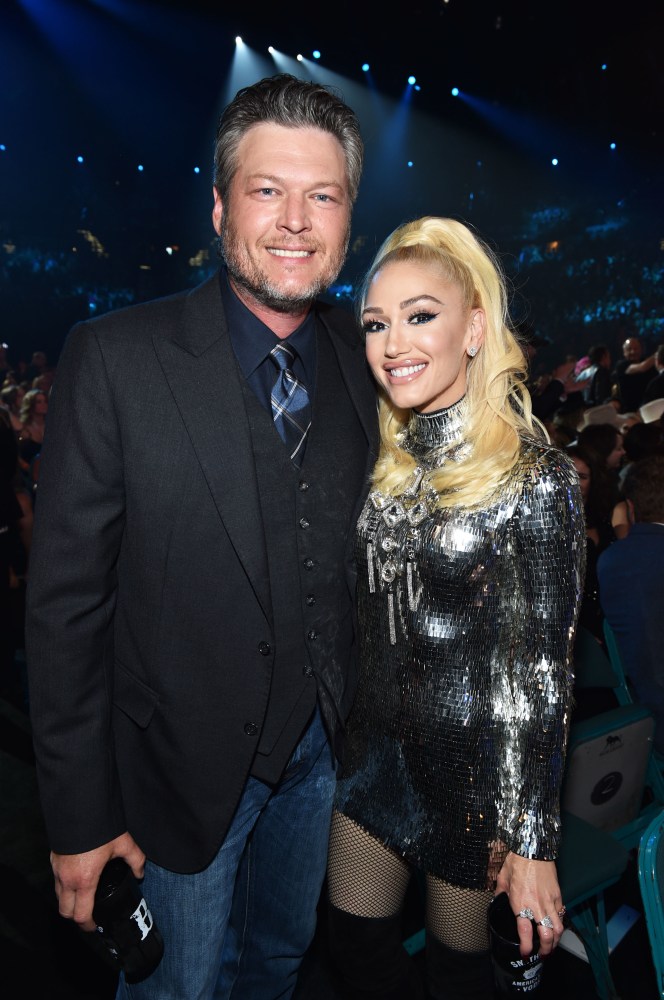 On April 15, 2018, In Touch maintained the "Voice" coach and the "No Doubt" singer, who have been together since 2015, were "planning for a baby" and were set to get married. In fact, the tabloid tied both those events to each other, alleging it had a source who shared with the outlet that Stefani was going to reveal "her pregnancy" at the wedding. That same unnamed and possibly manufactured "insider" contended a year ago how Stefani and Shelton were "rushing to the altar… because they have a bun in the oven."

Far from "rushing" to wed, a full year has passed and Stefani and Shelton are still not married. And contrary to its contention that she already had "a bun in the oven," it's indisputable the publication was 100 percent wrong about Stefani being pregnant. Significantly, that entire article was based on quotations from an anonymous and unaccountable source. But Stefani's own rep went on the record with Gossip Cop 365 days ago to state it was "untrue" she was expecting or had plans with the "Voice" coach to tie the knot in the near future.

That same wholly fictitious article is still on In Touch's website without any update or apology for its bogus claims. Essentially, the repeatedly debunked tabloid is sticking by its story and its untrustworthy sources. Among the reasons Gossip Cop revisits reports from a year earlier, such as the one about how Stefani and Shelton were getting married and having a baby, is to help the public better understand which outlet are and aren't reliable. When it comes to pieces about the "No Doubt" singer and "Voice" coach, one should take that magazine's word with a grain of salt.

Of course, if this were an isolated incident, Gossip Cop would probably have overlooked the tabloid's error-filled report, but in the intervening months since that article, the publication has not gotten any more accurate. A full seven months later in November, for example, the magazine published a cover story that insisted Shelton and Stefani were getting married at his Oklahoma ranch and she could be a "pregnant bride." In that piece, which didn't mentioned its previous tale, there seemed to be no rush to wed or explanation about what happened to the "bun in the oven."

By January of this year, the same outlet swore up and down that Shelton and Stefani were about to make an "engagement announcement." That was followed just a few weeks ago by yet another phony front page story that untruthfully declared Stefani gave Shelton a "marriage ultimatum," in which she threatened to dump him if he didn't propose to her. In each and every one of those articles that Gossip Cop busted, the tabloid made assertions based on unidentifiable and perhaps fabricated sources, while Stefani's rep, speaking on her behalf, shot down all of those claims. Perhaps it's time for that magazine to start "planning" on becoming more dependable with its tales about Stefani and Shelton.