An urban legend about George Clooney is true. For years, a rumor has persisted that claims the actor gave suitcases packed with $1 million to each of his 14 closest pals. Buddy Rande Gerber shared the story in 2017, but now, in a chat with GQ, George himself has confirmed the wild tale. "I just thought basically if I get hit by a bus, they're all in the will. So why the f*** am I waiting to get hit by a bus?" he said in an interview that came out on Nov. 17. The giveaway happened in 2013. Getting that kind of money in cash was difficult, but he said he eventually went to a place in downtown Los Angeles for it. As if he was in a movie, he drove away with $14 million in a rented beat-up van that said "florist" on the side. The following day, he had his 14 friends over to his house. "I just held up a map and I just pointed to all the places I got to go in the world and all the things I've gotten to see because of them. And I said, 'How do you repay people like that?'" he recalled. "And I said, 'Oh, well: How about a million bucks?'" Ah, to be rich!

RELATED: Stars are nothing like us stories for November 2020

Legendary comic Sinbad is recovering from a stroke. On Nov. 16, the 64-year-old actor's family released a statement revealing what happened. "It is out of sincere love that we share Sinbad, our beloved husband and father, is recovering from a recent stroke," it read. "Sinbad is a light source of love and joy for many generations. While he is beginning his road to recovery, we are faithful and optimistic that he will bring laughter into our hearts soon."

Lori Loughlin's husband, clothing designer Mossimo Giannulli, has surrendered to authorities and is beginning a five-month prison sentence for his role in the 2019 college admissions cheating scandal the feds dubbed "Operation Varsity Blues." He and wife Lori Loughlin were accused of bribing a middleman to help get their two daughters into the University of Southern California as crew team recruits despite the girls never having rowed. Mossimo reported to authorities at the Federal Correctional Institution in Lompoc, California, on Nov. 19. Lori began her two-month sentence on Oct. 30. She's expected to be released from prison on Christmas Eve. Mossimo will be released in April 2021.

The drama surrounding the master recordings of Taylor Swift's first six albums reared its head again after they were sold in recent days. Music manager and Big Machine Label Group owner Scooter Braun sold the rights to Taylor's masters to an investment fund for more than $300 million, Variety reported on Nov. 16. (Last year, the pop star was livid after her former record label, Big Machine Records, was bought by Scooter's Ithaca Holdings, which she called her "worst case scenario." Included in that sale were Taylor's masters.) After news of the current sale, Taylor again lashed out. "As you know, for the past year I've been actively trying to regain ownership of my master recordings. With that goal in mind, my team attempted to enter into negotiations with Scooter Braun," she wrote on social media. "Scooter's team wanted me to sign an ironclad NDA stating I would never say another word about Scooter Braun unless it was positive, before we could even look at the financial records of BMLG (which is always the first step in a purchase of this nature. I would have to sign a document that would silence me forever before I could even have a chance to bid on my own work." The wording of the NDA, she said, was akin to someone trying to "silence an assault accuser by paying them off." She maintained, "This was the second time my music had been sold without my knowledge." Taylor wrote a letter to the new owner of her masters, Shamrock Holdings, which is the personal investment arm of the Disney family. In that letter, she was upfront in her plans to re-record her masters. In fact, she seems to be already doing it.

After nearly three decades on late night TV, Conan O'Brien is hanging it up. The red-headed host said he will end "Conan" at the completion of its 10th season in June 2021 on TBS. The 57-year-old's late night comedian's career has been rather legendary, albeit filled with some ups and downs. Conan had a 16-year run on "Late Night With Conan O'Brien" before briefly helming "The Tonight Show" until Jay Leno wanted it back. He then premiered "Conan" in November 2010. The comedian won't be gone from TV entirely, however: He's signed on to host a weekly variety series on HBO Max.

Naya Rivera's ex-husband, Ryan Dorsey, has filed a wrongful death and infliction of emotional distress lawsuit against California's Ventura County, the county's Parks and Recreation Management division and the United Water Conservation District following her drowning death on Lake Piru that occured after she rented a pontoon boat in July. Ryan, who filed the suit on behalf of his and Naya's son, Josey, 5, said the boat didn't comply with safety standards. Naya went missing on the afternoon of July 8 after taking Josey out on the lake. Authorities later said the "Glee" star was swimming with her son when the water got rough, causing the boat to drift. After battling a strong current, she "mustered the energy" to heroically save her son, boosting him back up into the boat. An exhausted Naya then disappeared into the water. The pontoon boat, Ryan alleges, was "not equipped with a safely accessible ladder, adequate rope, an anchor, a radio or any security mechanisms to prevent swimmers from being separated from their boats, nor any flotation or lifesaving devices" — which he says violates California law.

"West Wing" star Richard Schiff has been hospitalized with COVID-19, he revealed on social media. "I am in the hospital on Remdesivir, O2 and steroids showing some improvement every day," he wrote on Twitter on Nov. 16. The actor tested positive earlier in the month. On Nov. 19, he was released. "Released from hospital. As we speak. I'm so grateful for all the love and support. It's overwhelmingly moving and touches me deeply. Thanks to fantastic nurses and docs. I'm aware of how lucky I am. So many still struggling. Love!" Richard's wife, Sheila Kelley, and their son also tested positive. "My son and I are still riding this strange covid coaster up and then down and all around," the former "L.A. Law" actress wrote on social media. "I have never experienced anything like this before in my life. One minute I'm feeling pretty good and the next I'm struggling to breathe. What I do know is if you get this virus the relationship between you and and your body is everything."

Bobby Brown is again experiencing tragic heartbreak following the death of another child. On Nov. 18, Bobby Brown Jr., one of the singer's children with ex-girlfriend Kim Ward, was found dead at his home in Los Angeles. Bobby Jr., who was pronounced deceased at the scene, was 28. No foul play is suspected. The cause of death isn't known, but police said they responded to a call for a medical emergency. The death comes more than five years after Bobby Jr.'s half-sister, Bobbi Kristina Brown, was found lifeless in the bathtub of her Georgia home. She died in July 2015.

Earlier in the week, Harry Styles made history when he became the first man to ever appear solo on the cover Vogue. That news largely went by the wayside after a conservative commentator skewered the pop star for wearing a dress on the cover. Harry's outfits represent "steady feminization of our men," Candace Owens said, adding that society needs to "bring back manly men." The comments prompted a slew of celebrities to back Harry and his fashion choices. "i think you've missed the definition of what a man is. masculinity alone does not make a man. in fact, it's got nothing to do with it," Elijah Wood commented. Sara Bareilles said, "One of the 'manliest' (barf) men I know said, 'if Harry Styles in a dress scares you, it's more about you than about him'… my kind of 'man.'" Olivia Wilde was more direct, telling Candace, "You're pathetic." 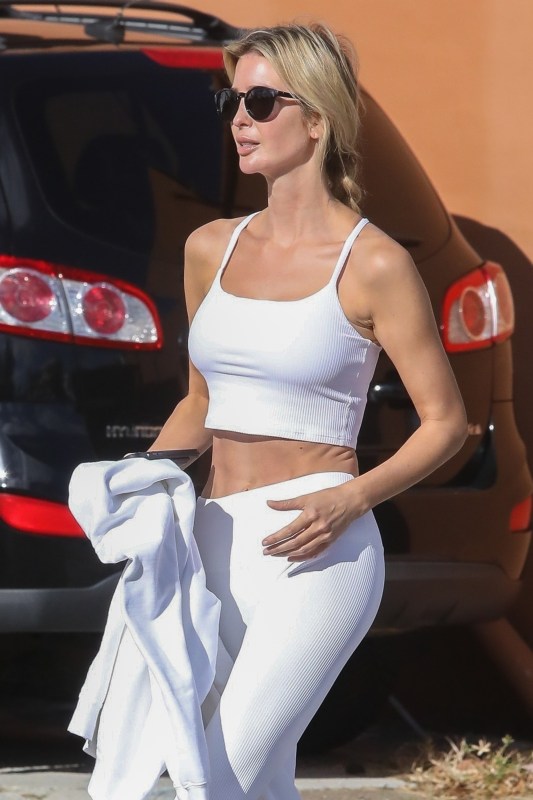