Katy Perry and Orlando Bloom did not elope while in Prague, despite a new report. Gossip Cop can exclusively bust this story. We're told it's untrue. 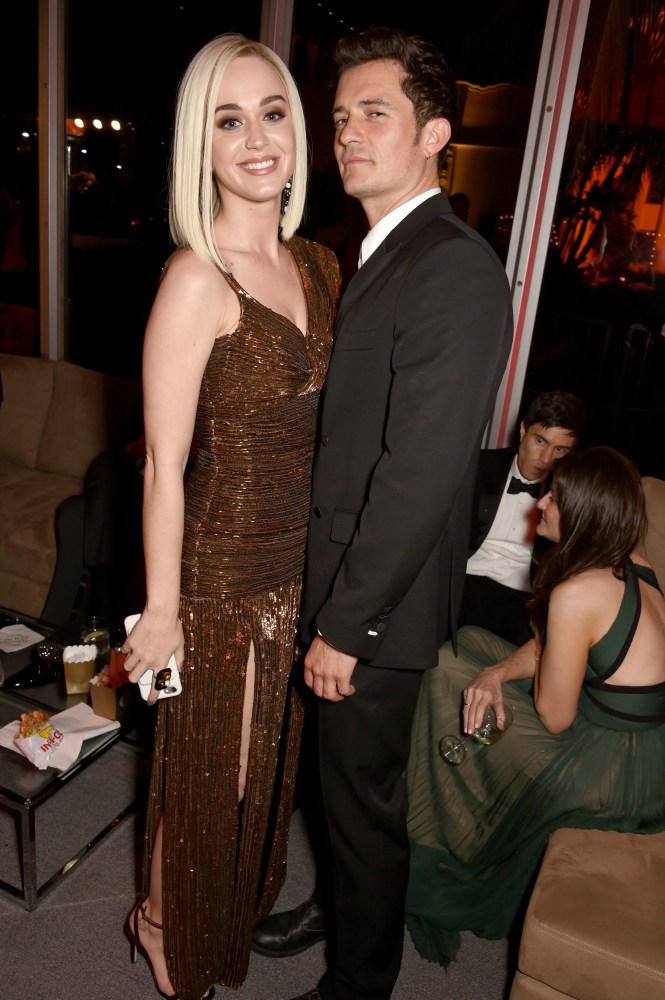 "Is that the sound of wedding bells?" asks OK! in its latest issue. According to the tabloid, "sources are buzzing" that the on-and-off couple "may already be husband and wife." A so-called "insider" is quoted as saying, "Word in her circle is that her recent trip to Prague to visit him was actually an elopement." But if this "insider" was really on the inside, he or she sure know for sure whether or not they tied the knot.

Rather, this supposed source instead offers, "Katy has never had a connection with a man like the one she has with Orlando. Friends say neither of them wanted to waste more time apart." The alleged tipster further tells the outlet that Bloom and Perry have been "officially" back together since their New Year's vacation in the Maldives. "They've been joined at the hip ever since," claims the purported snitch.

The questionable "insider" goes on to reference Perry's previous marriage to Russell Brand and Bloom's to Miranda Kerr before contending, "They've both always said if they did it again, they'd want it to be quiet and intimate." Speculates the gossip magazine, "Sounds like they may have gotten their wish!" Actually, it sounds like the publication doesn't know what it's talking about.

A rep for Perry flat-out tells Gossip Cop exclusively that this elopement allegation is "not true." She and the actor have not wed. Furthermore, while Perry and Bloom did reunite in Prague, they are only casually seeing other now and not in a full-on committed relationship. In other words, they're not rushing down the aisle.

Interestingly, this off-base tale comes just a week after the tabloid ridiculously claimed Perry's friends were pushing her to date Jake Gyllenhaal. At the time, it was alleged there were fears Bloom would break the singer's heart. Now roughly seven days later, the magazine is pretending it never published that tale.

But it's worth remembering that the outlet has a long history of spreading misinformation when it comes to the songstress. Nearly three years ago, OK! gave Perry a formal apology after running an untrue cover story falsely claiming she was pregnant and marrying John Mayer. In addition to retracting those contentions, the publication also apologized for using paparazzi photos of Perry's home that were taken with a long lens. The tabloid hasn't cared much for Perry's privacy over the years, or for truth-telling.

"The Bachelor: After The Final Rose" recap: Arie Luyendyk is engaged to Lauren, Becca is "Bachelorette"