After England's national football team lost to Italy in the UEFA EURO championship game on July 11, three of England's Black players, Jadon Sancho, Marcus Rashford and Bukayo Saka, were hit with a wave of racially fueled attacks on social media. Prince William swiftly condemned the "racist abuse" of the players. But his statement led some social media users to ask why he never publicly defended his sister-in-law, Duchess Meghan, who is biracial, when she faced racism in the UK press and, according to Meghan and Prince Harry, in the royal family. "I am sickened by the racist abuse aimed at England players after last night's match," William tweeted the morning after the game. "It is totally unacceptable that players have to endure this abhorrent behaviour. It must stop now and all those involved should be held accountable," he concluded, adding a "W" to indicate the post was written personally. "Now one for your sister-in-law. We'll wait…," read one user's reply. "It's lovely to speak against racist behaviors that you can't change, but it would be lovelier to also speak against the racist behaviors that you CAN change," another person replied. "Like you and your family's treatment of your sister-in-law." When another user challenged William's detractors to "show me ONE remark made by William or Kate … that's unquestionably racist towards her," Meghan and Harry's supporters explained that they were angry William had never spoken out to defend Meghan or her and Harry's kids, Archie and Lili, when they've been subjected to racially motivated attacks or after Meghan and Harry went public with their allegations.

Kylie Jenner's 3-year-old has her own desk, is 'launching a secret brand' at Kylie Cosmetics

"One day, we'll all be working for Stormi …" So says an exec at Kylie Cosmetics in a new video on Kylie Jenner's YouTube channel, "Inside Kylie Cosmetics Part 2: Disrupting the Beauty Industry." Posted on July 12, the clip follows up the "Part 1" behind-the-scenes at Kylie Cosmetics video Kylie shared last week, offering a glimpse at how the 23-year-old's billion-dollar company works on a day-to-day basis — and it turns out Kylie and Travis Scott's 3-year-old daughter very much involved. "Stormi has her own office where she gets all her business done," Kylie explains in the clip, adding that her toddler is "actually launching a secret brand soon that we've been working on for a while." Though she doesn't elaborate on the brand, Kylie gives no indication she's kidding. "Kylie goes to work with Stormi and she just loves it! She absorbs it," says Kris Jenner at another point in the video. Stormi then shows off her pink "desk," in a room littered with Barbies and other toys. "I work right here," Stormi declares. The video also devotes time to Kylie and Kris' work relationship, where Kris handles the business end of things, leaving the more creative matters to Kylie and her team. "She has taught me everything I know about the business," Kylie says of the Kardashian-Jenner matriarch. Kylie Cosmetics returns July 15 after a relaunch focused on making all the company's products "clean, vegan [with] no animal oils, parabens or gluten," according to an announcement earlier this month. The revised products will also be free of some 1,600 other potentially toxic ingredients.

RELATED: Hilary Duff is every mom at the grocery store, plus more celebs and their cute kids

With their long dark hair, bright blue eyes and full pouts, Megan Fox and former Victoria's Secret model Adriana Lima definitely occupy a similar place on the gorgeous spectrum. And if their flirty exchange on Instagram over the weekend was any indication, they may also occupy the same table at Nobu in the near future. Sharing side-by-side pics of herself and Megan on Instagram on July 11, Adriana wrote, "⚡️💋 @meganfox if you ever need a body double in one of your movies , hit me up ☎️ ⚡️ my only request is … We share the same makeup artist @patrickta 💁🏻‍♀️💋⚡️." Megan, who has spoken openly about identifying as bisexual, soon replied in the comments, "But what if I need a girlfriend … can I hit you up for that as well? 💜" Megan added, "Patrick can still be involved somehow. He can do our makeup when I take you to Nobu." Adriana soon accepted the offer. "It's a date see you tonight at Nobu," she replied. Megan has been in a serious relationship with Machine Gun Kelly since 2020.

Jodie Turner-Smith looked stunning — twice — in two different red carpet ensembles at the Cannes Film Festival premieres for "Stillwater" and "After Yang" on July 8. Unfortunately, those looks may have inspired the thieves who broke into her hotel room and stole "several tens of of thousands of euros'" worth of jewelry — including her mother's wedding ring — while the actress was at breakfast the next morning, according to Variety. "Didn't think i would be spending 2.5 hours in the police station on my final day in cannes, but here we are…," Jodie tweeted on July 11 as she completed the process of filing a police report. As the face of Gucci's High Jewelry collection, Jodie wore a number of gold and diamond pieces from the line on the red carpet the evening before the break-in. Authorities reportedly suspect the burglars believed those pieces would be in the actress' hotel room. In fact, they'd already been returned to Gucci, while Jodie's personal collection of jewelry was reportedly left in the room. According to local news outlet Nice-Matin, the door of the room didn't appear to have been forced open and police are still investigating the incident. Jodie and her 1-year-old daughter, meanwhile, were relocated from the Marriott on the Croisette to another hotel after the break-in and were assigned a larger security team. The star followed through on her scheduled appearances and commitments over the weekend, in spite of the heist.

If you notice any extra-realistic chemistry between David Harbour and his "Black Widow" family — played by Scarlett Johansson, Florence Pugh and Rachel Weisz — it could be because the group really felt like a family. That's according to David, who recently spoke with the New York Times, and detailed the evolution of his working relationships with the actresses in their new Marvel film. "I had never even met them. But then we had rehearsals for about two weeks, which is rare on a movie this size, and we really did take on those family dynamics, right from the get-go," David explained. "I did feel like Rachel was the woman I was meant to be with — no offense to Lily Allen, because she is the actual person I was meant to be with," he cautioned, referencing his wife. "But it did feel like Melina and Red Guardian had something beautiful. Scarlett felt like the oldest child; I started to see her as rigid in a certain way, and I started to poke fun at her rigidity. And Florence really felt like the baby of the family; I just wanted to coddle her and make her laugh." The "Stranger Things" star also revealed he weighed a whopping 280 lbs. when he shot the first half of the movie, then proceeded to lose 60 pounds as filming continued. "It's a true testament to my undeniable charisma when I say that my wife met me at 280 pounds with this beard and this hair," he joked, adding that it's "… good to start the relationship from that part, as opposed to being the young, handsome buck and watching yourself degenerate over the years."

Eddie Murphy and Martin Lawrence have been pals for years, having worked together in 1992's "Boomerang" and the 1999 comedy, "Life." Now, the comics' two eldest kids are an item. Over the weekend, Martin's 25-year-old daughter, actress Jasmin Lawrence, shared a pair of sweet couples selfies and birthday wish for Eddie Murphy's son, Eric Murphy, 32. "Happy birthday, my love!" she captioned the pics on Instagram. "I'm so incredibly blessed to know you, to love you, and to have you by my side. Cheers to many more blessings, laughs, and beautiful memories! I love you so much!! 🖤✨." A little digging showed Eric had posted a similarly smitten message for Jasmin two weeks earlier, writing Head over heels in LOVE with YOU @jasmin_lawrence ❤️❤️❤️❤️ #myotherhalf #equallyyoked #iloveyou." Among the happy comments on the post? A row of applause emojis, courtesy of Eddie and Martin's friend, Arsenio Hall. Eric, Eddie's oldest of 10 kids — his mom is Paulette McNeely — is a writer and actor, according to Best Life. Jasmin, whose mom is Martin's ex, Patricia Southall, is the oldest of the former couple's three children. She appears in 2020's "Bad Boys for Life," with her dad and Will Smith.

Blink-182's Mark Hoppus will undergo testing this week that could reveal his chances of surviving the cancer diagnosis he revealed in June. "Apologies if I'm oversharing,"
he tweeted over the weekend, "but it's so surreal to think that this week I'll take a test that may very well determine if I live or die." He added a "thanks" to all who have sent him "positive thoughts and encouragement" in recent weeks, telling followers, "I read all your replies and it means the world to me. Thank you. I'm going … to beat this through chemotherapy or through bone marrow transplants, but either way I'm determined to kick cancer's a– directly in the n—. Love to you all. Let's. Heckin. Go." Mark, 49, announced on June 23 that he'd been undergoing chemotherapy treatments for three months. He has not shared the type of cancer he has, but he did include a photo of a tumor on his upper shoulder / lower neck in his weekend posts.

Matthew Morrison and his wife Renee welcome their second child

Matthew Morrison and his wife Renee just added one new family member to their household. On June 28, the couple welcomed baby No. 2 — a little girl named Phoenix Monroe Morrison, according to People. Weighing in at 7 lbs., 1.5 oz., Phoenix joins big brother, Revel, who is 3. "We Rise! Our family is now complete. Welcome, Phoenix Monroe!" the pair said in a statement. Phoenix's arrival was a long time coming, after Matthew and Renee suffered, "a few miscarriages along the way trying to have a second baby," the "Glee" alum told People last year. 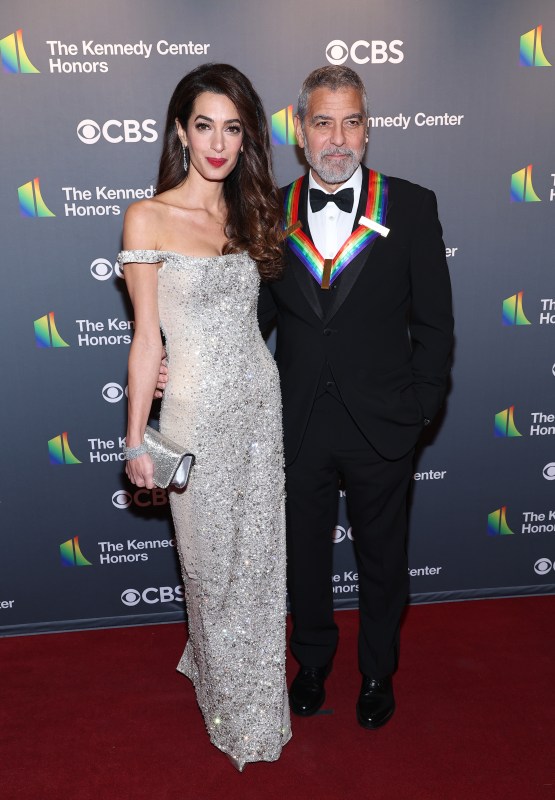