New details are emerging with regard to Lori Loughlin and Mossimo Giannulli's college admissions scandal case. According to People, Lori believes Rick Singer, the man who reportedly orchestrated their daughters' admissions to USC as crew recruits despite their never having rowed, thinks she was "hoodwinked" when she gave what she maintains she thought was a donation of $500,000 to the school. Instead, the prosecution claims, it was used as a bribe. Lori and Mossimo's lawyers, meanwhile, are pushing to show evidence has been withheld that could exonerate their clients by proving they didn't fully understand the connection between the money and the outcome of the situation. "Lori was hoodwinked by Rick Singer," says People's source. "There's no other way to put it. She was convinced that she was making a donation, just like parents have been doing for years. She did not have any intent to do something illegal, and in fact she thought she was doing the right thing. That's why she hasn't pleaded guilty; frankly, she believes that she is innocent and that the evidence shown in court will prove that. Unfortunately, it seems as though the prosecution is hell-bent on making examples out of people, and not playing fair." Other new information, however, indicates there was evidence early on something was amiss as far as the large "donation." Namely, a college admissions counselor had started asking questions about the crew aspect of Olivia's application. According to Mercury News, prosecutors may have proof Lori and Mossimo were warned the counselor's questions could "mess things up" for their daughter's chance of getting in. As for Olivia, she's recently returned to posting makeup tutorials in her apparently ongoing role as a social media influencer.

By the time Selena Gomez released "Lose You To Love Me" and "Look at Her Now," she knew the music hit at some very honest and personal emotions, thanks in part to the reactions her close friend, Taylor Swift, and Taylor's mom, Andrea, had to the singles. As Selena recalled during an appearance on KISS FM (via Teen Vogue) in the U.K. this week, she was visiting Taylor, her confidante "for over a decade," and her parents, ("and I love her family as well," she said) when she offered to play the videos for the songs. Selena seemed amused when she recounted how Taylor made the casual offer feel more like a formal screening by "turning off every light in the kitchen," in spite of Selena's assurances that showing the videos was "not that intense." Welp, that went right out the window. "And then she played it and her and her mom just started crying," Selena said. "Like, just tears and tears and all of a sudden, it stopped — and it's going to make me cry thinking about it — because it wasn't about how great the song was, which is a lot, coming from her, it was just that they had been on that journey with me intimately. And they were crying because of how proud they were for me stepping into a whole new era of my life and it not involving the horrible things: the abuse, the emotional chaos. It felt like I had a huge sigh of relief. To see her and her mom feel that way, it was very sweet. It's like an older sister and an aunt proud of their [loved one.] It felt great to have people I love see it as that." The songs, of course, are widely believed to have been inspired by Selena's complicated, on-off relationship with Justin Bieber, whom she'd reconnected with shortly before he got serious with his now-wide, Hailey Baldwin. Selena's new album, "Rare," is due out Jan. 10.

As pop culture's media landscape continues to change, television is starting to be taken more seriously by actors, largely because it's starting to pay better than it once did. That's the gist of a new report from Variety, which points to Reese Witherspoon and Jennifer Aniston's $1 million-plus paydays for each episode of "The Morning Show," as evidence of the shift. The new streaming service Apple TV Plus, Variety claims, "blew up the template for how much stars were paid on new TV shows," creating a "new $1 million club" helmed by Reese and Jen that the outlet reports is growing fast. According to Variety, Nicole Kidman's work on "Nine Perfect Strangers" (Hulu), Jeff Bridges' appearances on "The Old Man" (FX on Hulu), Reese and Kerry Washington's roles on "Little Fires Everywhere" (Hulu) and Steve Carell's contribution to "Space Force" (Netflix) are also all paying more than $1 million per episode.

These two lovebirds' smitten-ness knows no bounds. Cara Delevingne honored her girlfriend, Ashley Benson's birthday this week with a post so sweet it's one for the record books. "Happy birthday @ashleybenson There is so much I could say but something I love and cherish most about us is that I don't need to because YOU KNOW and that's all that matters," Cara began on Instagram on Wednesday, dec. 18. "It's you and me which is my favourite," she continued. "My safe place. You let me be silly, you let me be wild, you keep me free, secure and curious. I feel like I've known you my entire life and I am so proud of watching you grow into the woman that you always dreamt of being. I love you beyond words my sprinkles, choonchi, angel face, grumpy ass, sweet cheeks, never boring, buttmunch, Benson ❤️❤️❤️❤️" Eep. Ashley's reply was just as gushing and full of tenderness. "Love you my choonchie pet," she wrote. "My best friend. My kween. ♥️."

Harry Styles may want to have a talk with his publicist. When the singer subbed as the host of "The Late, Late Show," recently, he had the honor of chatting with his ex, Kendall Jenner, who has long been super private about her relationships. It went well, to say the least, a fact Ellen DeGeneres picked up on this week when Harry stopped by her show to talk about his new album. She also allowed one of the most awkward exchanges in recent daytime TV history to take place. "So when you hosted for James Corden, your guests were Tracee Ellis Ross and Kendall Jenner. And you and Kendall are really good friends now, right?" she asked in her best leading question voice (via Elle). "Yeah, we've been friends for um, a while now, yeah. Like several years," Styles replied. "That's sweet that y'all are really good friends," Ellen said, leaving out the obvious mention of their history. "Yeah," Harry said. "Yeah," Ellen said, seemingly ready to change the subject, Alas, Harry got nervous, giggled and said "yeah" one more time, then, "I think so, yeah," as if to make sure the awkwardness would never die. It wouldn't, though. Ellen tossed out another "yeah," then paused for a long, silent spell. A few more utterances of "right" and "yeah" from them both later, Harry finally broke the painful moment by saying "OK" and taking a drink from his mug. Cue Ellen's next line of questioning: whether his new album was about his split from Camille Rowe. Oof. Here's hoping something alcoholic was in Harry's mug …

Kourtney Kardashian and her ex, Younes Bendjima, spent Tuesday, Dec. 17, together at Disneyland, adding fuel to the ongoing rumors the two have reconciled and are seeing each other again. According to E! News, their Disneyland date is just one of multiple get-togethers the two have shared recently. They've also been spending time together at Kourtney's house and are currently "talking … and interested in seeing where things go," according to one insider. A second source says that although Younes "has been very persistent" in trying to win her back, Kourtney "isn't so sure," though she does have "feelings for him."

For reasons still under debate, Jack Nicholson has largely drifted out of the public eye in recent years, ditching even his beloved courtside hangs at Lakers games since January 2019. Speculation began around 2013 that he was having memory loss issues and was essentially retired from acting but little information about his health or general well-being has been available. According to Jack's 20-year-old grandson, Duke Nicholson, who appeared in Jordan Peele's "Us" and is the brooding gent on the cover of Lana Del Rey's "Norman F—— Rockwell" album, his 82-year-old grandfather is doing just fine. In a new interview with The Hollywood Reporter, Duke said Jack hosted Thanksgiving for the family this year at his home on Mullholland Drive in Los Angeles. "It's usually pretty small. Me, my Uncle Ray, my Aunt Lorraine, my mom," Duke said. As for Jack's health, he added, "He's doing great. He's 100 percent."

Sylvester Stallone gave a group of high school students from New Jersey what we imagine was the thrill of their Philadelphia field trip this week when they bumped into the star at the steps of the art museum where his "Rocky" character is immortalized with a statue. In a video posted to Sly's social media, the actor gushed that the kids were "some of the GREATEST fans in the world." According to CBS News, Sly was filming a new project at the site this week. He hinted it might be a commercial for the Super Bowl.

Charlize Theron is opening up about what it's like to navigate the spotlight as a mom to a transgender daughter. For one thing, 7½-year-old Jackson was not pleased to learn the wrong pronoun was being used for her. "Well, this is all pretty new for us, so it hasn't really kind of come into question. I don't really necessarily know if it will," Charlize recently told Pride Source. "My daughter's story is really her story, and one day, if she chooses, she'll tell her story. I feel like as her mother, for me, it was important to let the world know that I would appreciate it if they would use the right pronouns for her." She went on to explain how, "it became harder for us the older she got that people were still writing about her in the wrong pronouns, and also I was still talking about her in the press using the wrong pronoun," adding that it "really hurt her feelings." Now, she says, she sticks to asking the press and the rest of the world to honor her daughter's assertions about how she defines herself, with the understanding that "the rest is really private and it's her story, and it's really up to her to decide if she wants to share that."

Savannah Guthrie still can't see out of her eye after surgery

Savannah Guthrie's not quite ready to come back to work after having surgery on her eye to fix a torn retina. She checked in with her co-hosts this week in an on-air phone call, telling them, "I think it'll probably be after the holidays," before she can return. "I was kind of wishing I could come at the end of this week, but the truth is, I still can't see out of that right eye," she added, according to Page Six. She was injured when her 3-year-old son accidentally hit her with a toy. 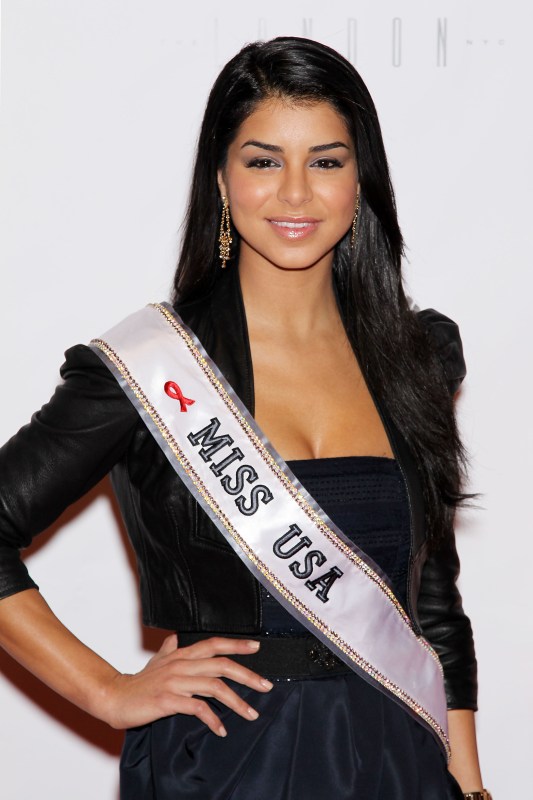