Don't be surprised if you notice Jennifer Aniston or Reese Witherspoon letting their eyes linger a bit longer than expected on one male costar on "The Morning Show" when it hits Apple TV this fall. It seems Jen developed a little crush on Steve Carell — and she wasn't alone. "He's like a silver fox now," she said on the Friday, June 14, edition of "The Talk" (via ET). "And he just came in and nobody expected … but you know … it's so cute and he's so shy and fantastic. He's better with age, it's amazing." In a panel discussion about the project back in March, Reese described the show in less crush-centric terms. "We pull back the curtain on the power dynamics between men and women in the high stakes world of morning news shows," Reese explained. "It's seen through the eyes of two ambitious female characters." Speaking on the same panel, the show's resident silver fox described his character as being "bold and dynamic ," and someone with "a lot of gravitas." He's also apparently supposed to be crush-worthy. "He is a great listener. He is also relatable and extremely handsome," Steve said at the time. "His colleagues love him, and America loves him." And Jen Aniston loves him, too.

Jamie Spears admits his relationship with Britney is 'strained'

Britney Spears and her family should be free for at least the next five years from the singer's former manager and confidante, Sam Lutfi, after a judge extended the restraining order she initially issued as temporary back in May. The order mandates that he not contact members of the family or make disparraging statements about them online, according to Page Six. During the hearing, Britney's dad, Jamie Spears, and Lutfi himself testified, offering opposing viewpoints on Lutfi's interest in Britney and her relatives. While Spears acknowledged his relationship with Britney "has always been strained," he also made a case for his belief Lutfi has been a "predator" on the family for a decade now, seemingly swaying the judge in his argument that the harassment had started up again in earnest as the team handling Britney's conservatorship takes a closer look at its utility. Lutfi and his lawyer tried to prove the singer's father was overly controlling in his role as conservator and that anything Lutfi said online about Britney or the family was his constitutional right to say. It was also revealed Lutfi at some point had sent Britney's mom, Lynne Spears money that was later returned. He and Britney were close from 2007 through 2008, when she was going through perhaps her most public if not her worst mental and emotional health crises.

"When Emma met Emma. #2become1." That's how Emma Bunton captioned a historic Emmas In Pop Culture moment on Instagram this week after she met avowed Spice Girls superfan, Emma Stone, at Wembley Stadium in London on the Spice World stage. The reunited band is in the midst of ending their tour with three shows on the iconic stage, the first of which was Thursday, June 13. As ET reminds us, Emma No. 2's Emma No. 1 roots run deep. Explaining how she got the name Emma, the "La La Land" star recently told Jimmy Fallon: "I was super blonde, and my real name is Emily, but I wanted to be called Emma because of Baby Spice and guess what, now I am. So, that's pretty messed up," she cracked. "It wasn't necessarily because of her, but yes, in second grade, did I go up to the teacher and ask her to call me Emma, yes I did. And was it because of Emma Lee Bunton from the Spice Girls? Yes it was."

RELATED: Spice Girls fashion: A look back at their retro style

Shannen Doherty joins the rest of the 'BH90210' cast in Vancouver

The kids — sorry, 40-somethings — of "Beverly Hills, 90210" are back in action. A few weeks after most of the original core cast arrived in Vancouver to start shooting the reboot, fans noticed Shannen Doherty, who played Brenda Walsh on the long-running '90s hit, wasn't appearing in backstage pics on social media alongside Jason Priestley (Brandon Walsh), Jennie Garth (Kelly Taylor), Ian Ziering (Steve Sanders), Brian Austin Green (David Silver), Gabrielle Carteris (Andrea Zuckerman) and Tori Spelling (Donna Martin). Tori assured fans Shannen was missed but would be joining the rest of the cast soon, according to Us Weekly. By Thursday, June 13, though, Shannen was on set with her pals. "First day of work today and could not of gone better!" she captioned a selfie on Thursday, June 13. "Had a blast on set and taking in the beauty of Vancouver once again. #bh90210." A few hours earlier, she shared a peek at how the cast is spending their downtime — apparently, giggling while dining together. "Might be one of my fave dinner companions," Shannen wrote alongside a photo of her and Brian Austin Green, adding the hashtags, "@arent_you_that_guy #bribri." "BH90210" premieres on FOX on Aug. 7.

Diddy wishes expectant ex, Cassie, and her boyfriend 'nothing but love' after pregnancy news

Diddy's romance with Cassie may be over but his love for her remains. He made that clear in a sweet Instagram post this week after Cassie and her new boyfriend, Alex Fine, announced they are expecting their first child. "Congratulations @Cassie and Alex," Diddy wrote, sharing a photo of the future parents. "I wish you all nothing but love and happiness. God bless." The post garnered lots of positive feedback from the likes of Russell Simmons, who replied that Diddy is "a good man," and Diplo," who posted praying hands in response. Diddy and Cassie date on and off for about 10 years, according to Page Six. They split in October.

John Legend's Father's Day celebration sounds like a gift for his whole family. "We're actually going to Cannes Sunday afternoon," the singer tells Us Weekly of his plans with Chrissy Teigen and their kids, Luna, 3, and Miles, 1. "Chrissy and I are both doing things for Cannes Lions, so it's not a bad way to spend the week. We'll spend half of Father's Day flying there." He added that they might "do a brunch or something beforehand." The couple welcomed Miles last spring and John said proudly that his little man is on the verge of a major milestone. "He's going to walk soon. He's, like, flirting with it every day, but he hasn't fully taken a step on his own," John said. Asked about the widespread observations that Miles looks just like his dad, John brushed off the "mini-me" suggestion, telling Us: "He looks a lot like me, but I feel like I still see aspects of Chrissy in him. Then, everyone thought Luna looked like just like me when she was a baby, but I think she's evolved into looking more like Chrissy as she's gotten older. We'll see what happens as he gets older."

Will the Emmys go hostless a la the 2019 Oscars this year?

It seems the host-free 2019 Academy Awards may have set a trend. Variety reports the Television Academy and Fox are considering doing away with the host mentality for this year's Emmy Awards, slated for Sept. 22. Last year, Michael Che and Colin Jost teamed up to host the Emmys — and though Variety's "insider" sources say "the perfect host may still come along," it's worth pointing out that no potential hosts have even been named yet. And there's certainly something to be said for the ratings boost this year's Oscars had after what had been a progressive slump. It wouldn't be the first time the Emmys went sans host — they did it in 1998, 1975 and 2003, as well. Emmy nominations are set to be announced July 16.

Jada Pinkett Smith's "Red Table Talk" episodes have often dealt with the difficulties and challenges married couples often face. On her next show, her guest, Common, offers insight into why he has yet to find the right person to exchange vows with — and why that's something he still wants very much. In a preview published by People, Jada brings the subject up in reference to the star's new book, "Let Love Have the Last Word: A Memoir." "You said in the book also that you've accomplished everything but that you're not a husband," she says. "Yeah, that's … I would like to be a husband," Common replies. "Now I think that I just want that partnership. To be able to experience life where I'm growing as a human being — and it's fun too." When Jada shoots him a look, he laughs and admits, "I know it's hard, also." Common was previously in long-term relationships with Erykah Badu and Serena Williams, both of which he's said were difficult to bounce back from.

Geena Davis' strange "divorce" battle with her former long-term partner, Dr. Reza Jarrahy, could get expensive if a judge sides with Reza. The two held what's been described in court documents as a "marriage-like ceremony" in New York state back in 2011. According to Geena, they never got a marriage license, though, and continued living as financially independent people in the relationship, filing taxes under "single" status and not claiming one another on health insurance. Geena says they "affirmatively decided not to obtain a marriage license" because they "never intended to marry." In spite of this, Reza filed for divorce in may 2018. A few months later, he requested spousal support, according to People. Now, The Blast reports he's asking Geena to cover legal expenses related to the filing including his attorneys' fees ($560,000); the cost of an upcoming trial ($150,000); expert witness fees that have been paid out in the case so far ($80,000) and fees for an expert for the future trial ($25,000). He also wants $82,000 for forensic accounting fees — for a total of $897,000. As for why she should cover so much of the bill, he says that as a craniofacial surgeon, there's a "disparity in the parties' access to funds" and Geena has a "substantial greater wealth" than he does. There has been no ruling yet.

Niall Horan shares an update on his second solo album

The follow-up to Niall Horan's debut solo album, "Flicker," is ready to go! The One Direction alum shared an update during a chat this week with ODE Entertainment, telling the outlet the recording is officially "done." "I've got an album on the way, it'll be towards the end of the year, maybe next year," Niall said (via JustJared). "I'll have a single in the next few months," he added. "I just came back to London for the summer because [the album's] finished and I want to enjoy myself." 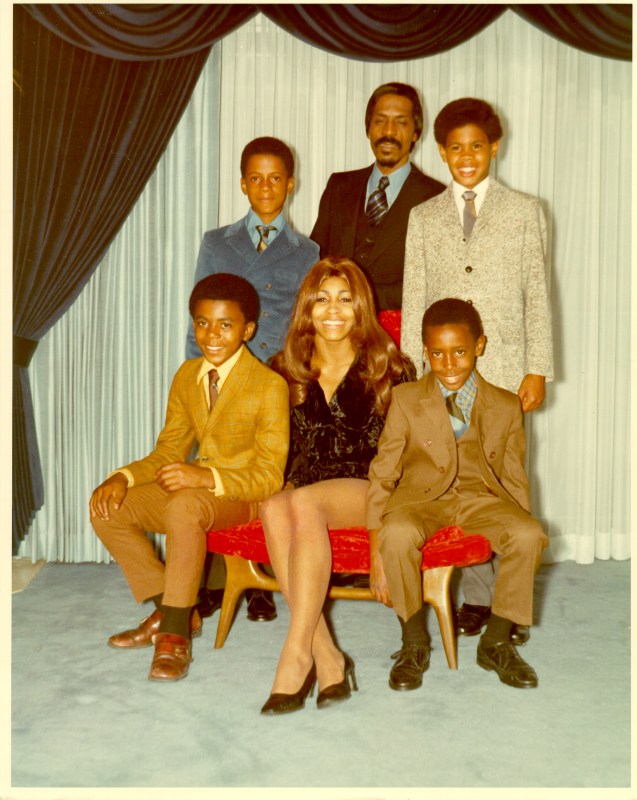