It only took one smash single for the likes of SisQó, Chumbawamba and Blind Melon to make their mark on music history. In celebration of the 2020 Grammy Awards on Jan. 26, Wonderwall.com rounded up some of our favorite artists who only had that one real hit, starting with Natalie Imbruglia. In 1994, the actress left the Australian soap opera "Neighbours" to pursue music in London and struck it big on her first try! "Torn," her alternative-pop debut single from the 1997 album "Left of the Middle," became the angsty anthem of the decade. The record-breaking No. 1 hit sold more than 4 million copies internationally and Natalie received four Grammy nominations. Nothing to be torn up about there! Keep reading to see what she's been up to since…

Natalie Imbruglia's three subsequent albums, "White Lilies Island," "Counting Down the Days" and "Come to Life," enjoyed mild success in Britain but couldn't live up to her first and only real triumph. She returned to acting, making her big screen debut in the British film "Johnny English," but has only scored a few small roles since. The brunette, who divorced Australian rocker Daniel Johns in 2008, was also a judge on "The X Factor Australia" in 2010. Natalie toured Europe in 2017 and 2018 to promote her new music and in 2019 announced that a new album was scheduled to be released in 2020. She also shared some very happy news concerning her personal life: Natalie became a first-time mother with the help of IVF and a sperm donor, welcoming son Max Valentine in October 2019.

Macy Gray started writing music while in college at the University of Southern California and eventually released her first album, "On How Life Is," in 1999. Thanks to her catchy and unique song "I Try," the album went quadruple platinum and made Macy a household name. Macy went on to win a best female pop vocal performance Grammy for the song (she can also claim four other Grammy nods).

Macy Gray has gone on to release eight more albums, the most recent being 2016's "Stripped," a jazz album. While her music has done moderately well, she's never been able to reproduce the success of "I Try." In 2016, she collaborated with Ariana Grande on the song "Leave Me Lonely," which brought her back into the mainstream. Two years later, Macy was featured alongside Dolly Parton on a re-recording of "Two Doors Down" for the "Dumplin'" soundtrack. She has also continued to act, usually playing herself or taking on small roles in small productions.

Gimme a "one." Gimme a "hit." Gimme a "wonder." What's that spell? One-hit wonder! Toni Basil was a trained dancer when she reused her Las Vegas High School cheerleading uniform in the 1981 music video for her big hit, "Mickey." The double-platinum pom-tastic single from her "Word of Mouth" album made it into the Rock & Roll Hall of Fame as one of the most groundbreaking hits of the decade. She also received her first and only Grammy nomination for the album. But her second and final self-titled album in 1983 just couldn't compete.

Hey, Toni, you're so talented, you're so talented, you blow our minds! After directing "Mickey" all on her own, the multitalented Toni Basil continued dancing in the Lockers, the troupe she created back in the '70s. She also focused on acting, appearing in movies like 1990's "Catchfire" with Jodie Foster and Dennis Hopper. More recently, she choreographed Bette Midler's 2009 Las Vegas act, "The Showgirl Must Go On." These days, she continues to dance and also lectures at performing arts school across the nation. Toni choreographed two memorable scenes in Quentin Tarantino's 2019 flick "Once Upon a Time in Hollywood."

It seems like this band of brothers was too sexy for a second hit single… Brothers Richard and Fred Fairbrass along with Rob Manzoli hit it big with their first song in 1991 — "I'm Too Sexy." The No. 1 dance track helped their album "Up" go gold, but the London-based trio never released a chart-topper in the United States again. At least not until a certain blonde pop star came along…

Staying sexy is rough! Right Said Fred's 1993 album, "Sex and Travel," did great overseas, but the group struggled to reach American fans. Guitarist Rob Manzoli left the group in 1997 and the remaining twosome went on to make five more albums together. Their most recent releases, "I'm A Celebrity" and "Stop the World," didn't make it onto the charts at all. But then in August 2017, quite unexpectedly, Taylor Swift gave Right Said Fred a writing credit on "Look What You Made Me Do," the first single from her sixth album, which samples the bassline from the chorus of "I'm Too Sexy." Richard Fairbrass told People magazine it came as a shock — but a welcome one. "When we recorded 'Sexy,' I didn't think it would last more than six months," he said. "So to be talking about it 26 years later and a star like Taylor using it and being influenced by it is really flattering. Absolutely flattering." In 2018, the band continued to tour and perform.

Antonio Romero and Rafael Ruíz, better known as the Spanish Latin pop duo Los Del Rio, had been singing together since 1962. But it wasn't until the 1994 release of their hit song "Macarena" from the album "A Mi Me Gusta" that they found mainstream success. The upbeat pop number became the dance sensation of the '90s!

Antonio Romero and Rafael Ruiz couldn't let go of their one massive success — a different version of "Macarena" has been included on all of their albums together. In 2008, they released "Quinceañera Macarena" in honor of the song's 15th birthday. The duo continue to perform, mostly in their native Spain, and most recently released an album in 2012. They were also honored with a lifetime achievement Latin Grammy in 2017. Hey, Macarena!

Former Dru Hill member SisQó became a major one-hit wonder with the scandalous single "Thong Song" off his 1999 solo album "Unleash the Dragon." The spring break anthem didn't make it to No. 1 but did garner four Grammy nominations including best R&B song. Its music video full of scantily clad women also drew a lot of attention.

Riding the wave of "that thong-th-thong-thong-thong," SisQó's next single, "Incomplete," actually made it to the top of the charts and his second album, "Return of Dragon," did pretty well too. But nothing has stuck quite like his first hit. He was fairly quiet after his failed reunion with Dru Hill in 2002 though released a third album, "Last Dragon," in 2015. He most recently toured with Dru Hill, Boyz II Men and Johnny Gill on the 2018 "R&B Forever" tour. The Maryland native also appeared on the 2010 season of "Celebrity Big Brother" and on an episode of "Celebrity Wife Swap" with then-girlfriend Elizabeth Pham. The couple welcomed son Ryu in 2012 and married in 2018 (he performed "Thong Song" at their wedding reception!). SisQó also has an older daughter from a previous relationship.

Who's laughing now? Not the little tap-dancing bumblebee who opened Blind Melon's "No Rain" music video! Life on the road was rough for the band, especially for frontman Shannon Hoon, who eventually fell victim to drug use. The band was originally formed in the early '90s in Los Angeles and also included guitarists Rogers Stevens and Christopher Thorn, bassist Brad Smith and drummer Glen Graham. The group went on to earn four Grammy noms, including one for best new artist and one for "No Rain," during the '90s.

Blind Melon went on to release their second album, "Soup," in 1995. Sadly, the album wasn't a big hit and frontman Shannon Hoon continued on his downward spiral with drugs — even a stint in rehab couldn't save him. On Oct. 20, 1995, the original band performed together for the last time. Shannon died later that night from a cocaine overdose at 28. The remaining band members released "Nico" in 1996 but eventually decided to part ways. Shannon is survived by his daughter, Nico Blue. Blind Melon has since reunited with the addition of a new frontman, Travis Warren. They released their first song in 11 years in September 2019 — "Way Down and Far Below" — with a full album to come in 2020.

They got knocked down, but didn't really get back up again! The politically driven band Chumbawamba had been making music together since 1982 but didn't find mainstream success until releasing "Tubthumping," their 1997 smash hit. The song was ubiquitous for a while, but the band never found that kind of success again.

With 11 rotating members over the years, Chumbawamba released 19 albums until deciding to part ways in 2012. To this day, 1997's "Tubthumper" continues to be their most well-known album. Still wondering what the name of their band means? According to their website, "Chumbawamba doesn't mean anything." Well, there you have it.

Eagle-Eye Cherry became an overnight sensation thanks to his hit "Save Tonight," which was released in 1997. The Sweden native wrote and recorded most of the music for his debut album in his bedroom before gaining worldwide popularity, including in the States, during 1998 and 1999. His first album, "Desireless," sold more than 4 million copies and earned him one Grammy nomination.

Sadly, Eagle-Eye Cherry never recreated the success of his first hit. He went on to release three more studio albums — the most recent being "Streets of You" in 2018 — and still performs live.

Lou Bega (real name: David Lubega) hit the music scene hard in 1999 with "Mambo No. 5." The German musician found huge success with his own version of the 1949 hit. He received his first (and only) Grammy nomination for the song, which reached No. 1 in multiple countries including Australia, France and Germany and peaked at No. 3 on the Billboard Hot 100 in the States.

Lou Bega released his fifth studio album in 2013. Though it didn't find success in the States, the album did pretty well in Germany. In 2014, Lou — who still tours — married longtime girlfriend Jenieva Jane in Las Vegas. The couple, who share a daughter, released the song "Eternity" together in December 2018. 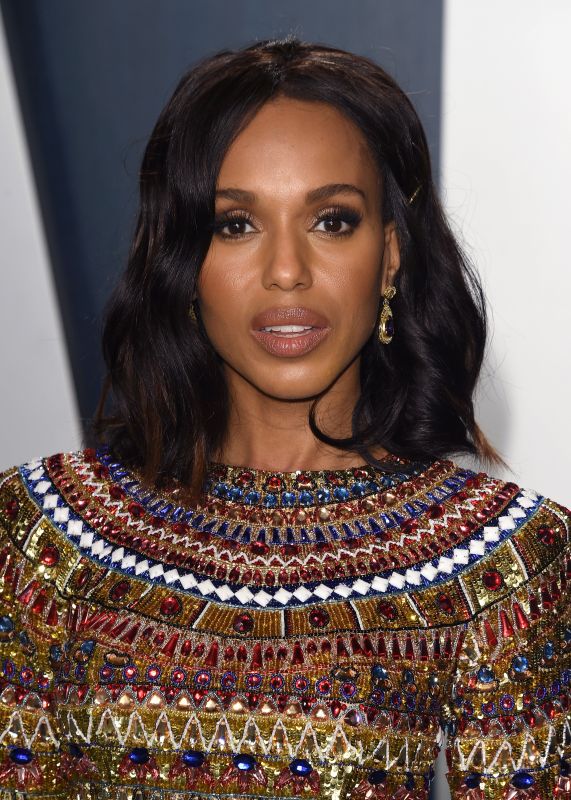