The stork is coming, and the royals couldn't be more thrilled! Over the years, both Prince Harry and Duchess Meghan have been very vocal about their desire to be parents. In the wake of the happy news that Meghan is expecting their first child in the spring of 2019, we're looking back at all the times Harry and Meghan have spoken about having kids…

RELATED: The best royal christening photos through the years

Prince Harry is an uncle to Prince George, Princess Charlotte and Prince Louis. He's also a godfather to five or six of his friends' children. In an interview with The Telegraph in 2017, he was asked about being a godfather, but quickly indicated that he wanted to be a dad too. "I think the key to that is growing up, but also to be able to stay in touch with your childhood side," he said. "If that means going to someone's house and sitting there and playing PlayStation and kicking the a– of their son on whatever it is, then I'll try and do that. I've actually had a lot of practice for that. I, of course, would love to have kids."

Duchess Meghan has long wanted to be a mother. While looking at a collection of innovative baby products during a visit to Northern Ireland with Prince Harry in March 2018, Meghan was overheard saying, "I am sure at one point we will need the whole thing. It's very sweet."

Prince Harry was 28 years old and single when ABC News asked him about having children. He left no doubt that he saw himself as a father. "I've longed for kids since I was very, very young," he said. "I'm waiting to find the right person. Someone who is willing to take on the job."

At 2017's Invictus Games in Toronto, photos emerged of Prince Harry playing around with his friend's young daughter after the little one stole his popcorn. "I get a huge buzz spending time with kids," he once told a royal biographer. It certainly looked like it that day.

Duchess Meghan always knew that it was only a matter of time until she became a mother. During a May 2016 interview with Canada's Best Health magazine, the "Suits" star said, "I want to travel more and I can't wait to start a family, but in due time."

Although his mother tragically died in 1997 when he was just 12 years old, Prince Harry has said he'd like to give her grandchildren. "All I want to do is make my mother proud," he told "Good Morning America" in 2017. "I'm sure she's longing for me to have kids so she can be a grandmother again."

Deep down, Prince Harry is a kid at heart, so he's looking forward to the day he's a dad. "I can't wait for the day. So, you know, it will be fantastic," he told ABC. "I've got a kid inside of me. I want to keep that. I adore kids. I enjoy everything that they bring to the party. They just say what they think."

As soon as Prince Harry and Duchess Meghan announced that they were engaged in November 2017, the baby question followed. During their first joint interview with the BBC, the couple were asked if they planned to have kids. "Of course. You know, one step at a time," Harry said. "Hopefully we'll start a family in the near future." Meghan, well, she nodded in agreement.

Prince Harry caught baby fever watching brother Prince William raise his children. While speaking about his brother with Sky News in 2015, Harry was asked if he envisioned himself as a father. "There come times when you think now is the time to settle down, or now is not, whatever way it is, but I don't think you can force these things; it will happen when it's going to happen," he said. "Of course, I would love to have kids right now, but there's a process that one has to go through and… It would be great to have someone else next to me to share the pressure. But, you know, [the] time will come and whatever happens happens."

Prince Harry certainly found his ideal mate. While starting on "Suits," Duchess Meghan once told Lifestyle magazine, "I also dream to have a family. It's all about balance, and I have so much happiness in my career and am fortunate to travel the world and see so many amazing things — it will also be nice to be anchored to something grounded and in the same place. Raising a family will be a wonderful part of that."

Prince Harry will never have a regular life, but he wants it to be as normal as possible. "I am determined to have a relatively normal life and if I am lucky enough to have children they can have one too," he told the Mail on Sunday in 2017. "We don't want to be just a bunch of celebrities but instead use our role for good."

Duchess Meghan has been hoping to have a daughter for quite a while. In fact, she told HELLO! magazine in September 2015 that she's saving a special token for her daughter-to-be. "I've always coveted the Cartier French tank watch. When I found out 'Suits' had been picked up for our third season — which at the time felt like such a milestone — I totally splurged and bought the two-tone version," she said. "I had it engraved on the back, 'To M.M. From M.M.' and I plan to give it to my daughter one day. That's what makes pieces special, the connection you have to them."

Prince Harry knows he's a "fun" uncle, and he likes the title. Of course, he would like the title of "father" ever more. "You've got to have fun in life, otherwise, well, imagine life without fun. You've got to be taken seriously, but I hope that I'm a fun uncle," he told "Good Morning America" in 2016. "I can't wait for the day [I have kids]. It will be fantastic."

Just a few hours after the Palace announced that Prince Harry and Duchess Meghan were expecting, he addressed the news while in Australia. "We also genuinely couldn't think of a better place to announce the, er, upcoming baby," Harry said, looking over to Meghan, "whether it's a boy or a girl." Later, while visiting with well-wishers, Meghan received a stuffed kangaroo and fleece Ugg booties. She said, "That's so cute, it's our first baby gift!"

So, what's in a name? Well, when you're a royal, a lot! After the pregnancy was announced, Prince Harry and Duchess Meghan started getting the inevitable questions about the name of the child. "We've been given a long list of names from everyone, we're going to sit down and have a look at them," Meghan said. British oddsmakers already say the favorites are Victoria, Alice and Elizabeth, if it's a girl. If it's a boy, they claim Albert, Arthur and Alexander are the likely names. While in Melbourne, Harry and Meghan apparently met a woman with a baby named Harriet. According to the woman, Harry said, "That's a great name." Maybe add that one to the list, too.

While visiting the world famous Bondi Beach in Australia, Meghan told local Charlotte Connell that her internal clock was struggling with the pregnancy. "Meghan told me that pregnancy was like having jet lag," Charlotte told Sky News. "She said she was up at 4:30 a.m. this morning doing yoga in her room as she couldn't sleep."

Prince Harry had his unborn baby on his mind at the Invictus Games Opening Ceremony on Oct. 20. "First of all, thank you for the welcome you have given Meghan and I over the last few days," he told the crowd during his speech. "I have been so proud to be able to introduce my wife to you and we have been so happy to be able to celebrate the personal joy of our newest addition with you all."

Daddy's little girl? It's looks like Prince Harry wants his wife Duchess Meghan to have a mini-me. While at a cycling event in Australia, a fan shouted, "I hope it's a girl." Harry quickly shot back, "So do I!" 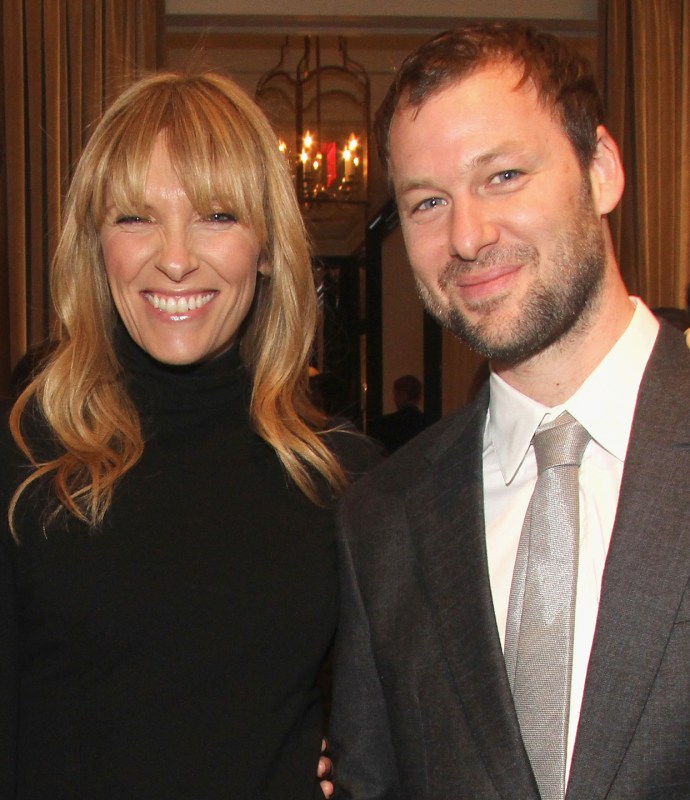