After a long, difficult battle with throat cancer then stage 4 lung cancer, Beth Chapman passed away peacefully on June 26 in Hawaii. She was 51. Following her death, many fans took to Twitter to express their condolences to the "Dog The Bounty Hunter" star. Beth's husband, Duane "Dog" Chapman, was by her side when she took her last breath, which is fitting, as they navigated life together at home and on TV. Keep reading to see how Dog and Beth went from an on-and-off romantic relationship to become two of reality TV's most notable lovebirds.

Duane Chapman and Beth Smith met in the mid-'80s when she was just 19 and he was 34. The couple had an off-and-on romance but eventually married other people. They later found one another again and tied the knot in May 2006 — about a year after this photo was taken at A&E Upfronts in New York City in April 2005 — after 16 years together.

In 2004, Duane Chapman and Beth Chapman gave America a glimpse into their personal and professional lives when "Dog the Bounty Hunter" premiered. The show, which was filmed in Hawaii and Colorado, would ran for eight seasons. They're seen here at Dog's office in Honolulu in July 2006.

While both Duane Chapman and Beth Chapman (seen here before a boxing match at Madison Square Garden in New York City in January 2008) have children from previous relationships, they also share two kids together, Bonnie Joanne Chapman and Garry Chapman.

Beth Chapman (seen here with husband Duane Chapman at the 48th Annual Academy of Country Music Awards in Las Vegas in April 2013) remained committed to her job of catching criminals even when her health took a downturn. "She has told me repeatedly that if these are her last days on earth she wants to spend every moment with me on the hunt, living life to the fullest and enjoying the time we have left together," Duane told the Daily Mail in March 2019.

Beth Chapman — seen here out to dinner with Dog in Los Angeles in March 2017 — was diagnosed with stage 2 throat cancer in August 2017. But after a 12-hour surgery to remove a tumor in her neck and further treatment, Dog announced that she was cancer-free that November. However, a year later in November 2018, the cancer had returned and spread to her lungs. Around that time, Dog told Us Weekly, "I don't listen to the bad news. I don't want to hear it… I cry all the time." He added, "I'm a sinner. I pray a lot. I have done double that. I constantly ask God to heal my honey and make sure He takes care of it. I've been telling Him that I'm going to try and quit smoking and cursing. I'm a dealmaker, and I'll do anything."

Duane Chapman and Beth Chapman were teammates on the small screen for multiple shows including "Dog The Bounty Hunter," "Dog and Beth: On the Hunt" and the upcoming WGN America show "Dog's Most Wanted," which was filmed during Beth's most recent cancer battle. "My wife, the love of my life, is fighting for her life," he said in a promotional clip for the new series. "Instead of being at home helping her, I'm out here looking for you. So, I'm warning you in advance: May God have mercy on you when I get you. 'Cause I won't." Beth chimed in, "You've been warned." The couple are seen here attending the Fox Reality Channel Really Awards in September 2008.

How's this for love? In speaking about his wife when her health started taking a turn for the worse, Duane told DailyMailTV, "My baby has cancer and she is fighting like hell. I have cried a lot over this because Beth is my everything. Despite all of the obstacles I have overcome, this is by far the biggest test of my life and mark my words, I will not let her die. She is my rock and my bodyguard. I will do everything I can to keep her here." The couple are seen here in November 2017 — the same month she was declared cancer-free during her first battle with the disease — at a celebration for Season 8 of "Hawaii Five-0" in Waikiki, Hawaii.

Duane Chapman and Beth Chapman continued to live their lives despite the diagnosis. After a night out in Beverly Hills in March 2019, Beth was approached by a reporter and she said she was feeling "pretty good." She added, "It's an every day struggle. You can either laugh or cry. We choose to laugh." The couple are seen here leaving Craig's restaurant in West Hollywood on Nov. 26, 2018 — just hours before Beth was rushed to nearby Cedars-Sinai Medical Center where doctors discovered a huge mass in her throat. She soon learned her cancer was back.

Things began to look dire for Beth Chapman — seen here with husband Duane Chapman at LAX Airport in Los Angeles in September 2018 — after she was rushed to a Hawaii hospital on June 22 after a choking emergency. The choking, TMZ reported, was related to breathing trouble Beth was having due to her lung cancer. She was soon placed in a medically-induced coma. "Please say your prayers for Beth right now thank you love you," Dog tweeted at the time.

Dog the Bounty Hunter — seen here with wife Beth Chapman in November 2017 — had her back until the end. Amid reports that Beth was not expected to recover from her latest hospitalization, Duane tweeted on June 25, 2019, "90% of what you're hearing is fake news. I don't mean to be nasty but some are filling in the blanks… Please keep prayers coming!"

Beth Chapman, seen here with husband Duane Chapman in 2009, passed away on June 26. In a tearful tweet, Dog wrote, "It's 5:32 in Hawaii, this is the time she would wake up to go hike Koko Head mountain. Only today, she hiked the stairway to heaven. We all love you, Beth. See you on the other side." RIP. 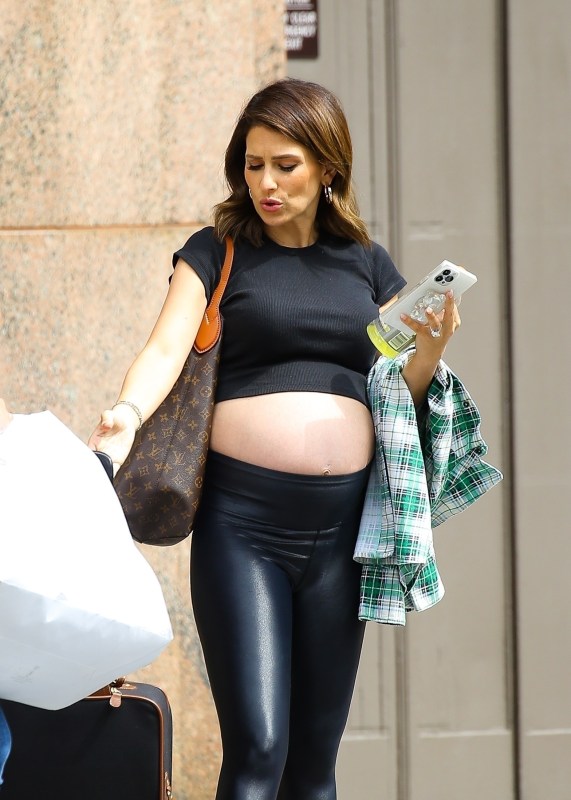