In honor of Oscar-nominated actor Antonio Banderas's 61st birthday on Aug. 10, 2021, Wonderwall.com is taking a look back at his life and career in photos… As a boy growing up in Malaga, Spain, Antonio dreamed of becoming a soccer player — until he broke his foot at 14. That led him to get involved in the theater. He studied acting at the School of Dramatic Art in his hometown… and the rest is history! In the early '80s, he was performing with a theater company in Spain when he was discovered by Pedro Almodovar. The director cast him in 1982's "Labyrinth of Passion" — Antonio's film debut — and in 1986's "Matador," seen here.

In the late '80s, Antonio Banderas married Spanish actress Ana Leza after reportedly dating for only six months. She accompanied him to the 1992 Academy Awards (seen here). They would separate a few years later, finalizing their divorce in 1996.

RELATED: The Osmond family siblings: Where are they now?

Behind the camera! In December 2020, Antonio Banderas was on hand in Malaga, Spain, to promote his latest project — the Spanish series "Scene in Black and White" — for Amazon Prime Video. Instead of starring in the project, he produced it.

Antonio Banderas was on hand to host the Goya Awards — which honors the best Spanish films of the previous year — in March 2021. (He's seen here at a press conference promoting the event in February.) It was his first time hosting the prestigious annual show, which took place in his hometown of Malaga.

Antonio Banderas (center) reunited with Salma Hayek (for the seventh time!) for "Hitman's Wife's Bodyguard," which also starred Ryan Reynolds and Samuel L. Jackson. The film was originally schedule for an August 2020 release but was postponed due to the COVID-19 pandemic and eventually hit theaters in June 2021. 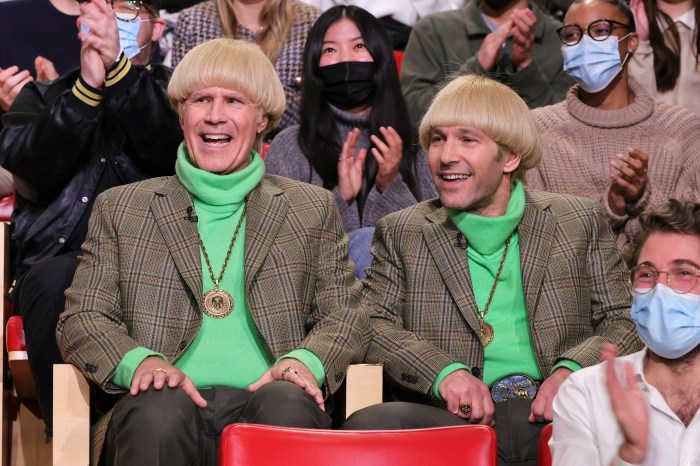