Being the sibling of a star must be an unusual existence. What do you do with your life when everyone knows your brother or sister? Some choose a very normal life away from the cameras, but others decide to capitalize on their connection to fame. Let's take a look at some of the celebrity siblings who've made a name for themselves in reality TV! First up, we have Frankie Grande, the older (and FAB!) brother of pop star Ariana Grande. Frankie rose to fame as arguably the most fun contestant on "Big Brother 16." Keep reading for more reality star siblings…

Kaley Cuoco is the the second-highest-paid woman on television thanks to her $1-million-an-episode salary for the CBS juggernaut "The Big Bang Theory," but did you know that her little sister is a singer you might recognize? Briana Cuoco found fame on Season 5 of "The Voice" on NBC, where she garnered attention for her great pipes and her sister's unwavering support throughout the season!

RELATED: Kaley through the years

This is probably the most dramatic of all the sibling situations: "The Bachelorette" contestant Jordan Rodgers is the baby brother of Green Bay Packers QB Aaron Rodgers — and the two of them are no longer on speaking terms! The sad truth came out as Jordan wooed JoJo Fletcher, who's now his fiancée, on Season 12 of the hit ABC show. Though the feud pre-dates Jordan's reality TV run, it's been reported that more tension arose because Aaron did not approve of his brother being on the show! Looks like not ALL drama is staged for TV.

Sofia Vergara is arguably one of the most famous faces on network television today — she's also the top-earning female TV star at the moment — but she's not the only one in her family who's found fame on the boob tube. Sofia's sister Sandra Vergara co-hosted a talk-show-style reality program called "Good Work" with RuPaul and Terry Dubrow. Full disclosure: Sandra is technically Sofia's cousin but was adopted by Sofia's parents when she was a baby. Talk about a modern family!

You may recognize Aaron Murray as an NFL quarterback for the Philadelphia Eagles, but did you know his brother Josh Murray was the winner of Season 10 of "The Bachelorette"? Two weeks after Josh split with Andi Dorfman in 2015, his brother and sports anchor Kacie McDonnell ended their own engagement. Salacious reports followed claiming that Andi cheated on Josh with his athlete brother, but they were never confirmed.

While the name James Valentine might not immediately jump out at you, trust us, you know him — he's the guitarist from Maroon 5! His sister, Amanda Valentine, appeared on not one but TWO seasons of "Project Runway" (11 and 13). Talk about a family that's good with their hands!

Jerry O'Connell is a well-know actor who's married to Rebecca Romijn, but did you know that his brother, Charlie O'Connell, starred on the seventh season of "The Bachelor"? I guess when your brother lands a model, you gotta step up your own search!

Who doesn't love some Julianne and Derek Hough?! The dancing siblings, who shot to fame on "Dancing with the Stars," blur the line between traditional stars and reality stars! Julianne Hough has gone on to act in films and TV shows and is currently a judge on the hit dancing show, while her brother — who's also a musician and actor — has won "DWTS" six times! Put on your dancing shoes if you want to hang with these two!

Technically, Brody Jenner was a reality TV star before half-sister Kylie Jenner had even made it through elementary school, but these days, King Kylie is the bigger star. Brody shot to fame on the short-lived series "Princes of Malibu" in 2005 and followed that up as a perennial LC love interest on the CRIMINALLY underrated "The Hills."

Bruno Mars is the king of "Uptown Funk," but did you know singing runs in his family? In fact, his four sisters had a reality TV show on WE tv called "The Lylas" that was all about their singing-career aspirations! 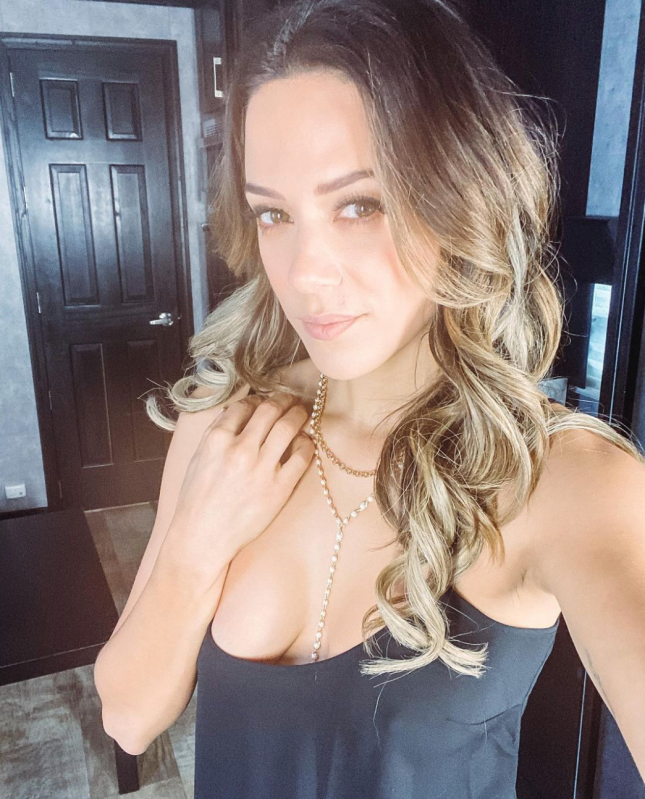