A knack for being a great performer sometimes runs in the family — and, sometimes, so does fame! "Ted Lasso" star Jason Sudeikis, for example, has an actor uncle who's best known for appearing on all 275 episode of "Cheers." Keep reading to find out who he is, plus see who stars like Blake Lively, Rashida Jones and more can claim as relatives…

RELATED: 17 things you might not know (but should!) about Jason Sudeikis

Jason Sudeiki's parents were travel agents, but his mother's brother is "Cheers" actor George Wendt! The "Ted Lasso" actor's uncle starred as Norm Peterson on all 11 seasons of the iconic sitcom, which ran from 1982 to 1993. George's wife, "St. Elmo's Fire" actress Bernadette Birkett, reportedly introduced Jason to The Second City in Chicago, which inspired him to pursue comedy. "He's always been very encouraging, but there was no 'Tuesdays with Morrie' kind of relationship between him and I," Jason told Playboy magazine about his well-known uncle in 2011. "He was just a good example that being an actor was a viable option. Here's a guy from the Midwest, in my family, who took the road less traveled and it worked out for him. The advice he gave me, and I say this jokingly, is 'Get on one of the best sitcoms of all time and then ride it out.'"

RELATED: "Cheers" stars: Where are they now?

Mariska Hargitay has made a career of playing a crime solver on "Law & Order: Special Victims Unit" — but can you solve the mystery of her Hollywood parentage? Here's a clue: Her mother was an early Playboy Playmate and sex symbol during the '50s and '60s.

RELATED: Stars you forgot appeared on "Law and Order: SVU"

"Gossip Girl" alum Blake Lively gets a lot of attention nowadays, but she's not the only member of her clan who's enjoyed time in the spotlight. Her older sister made a name for herself playing an '80s-tastic witch and a "Twin Peaks" seductress.

Blake Lively's older sister Robyn Lively starred in the '80s cult classic "Teen Witch," played Lana Budding Milford on TV's "Twin Peaks" in the early '90s and has worked steadily in Hollywood ever since. Their brother Jason Lively was once famous too: Though he no longer acts, he played Rusty Griswold in "National Lampoon's European Vacation."

Everyone knows that Lenny Kravitz is a funky rock legend. But did you know that he's not the only famous person in his family? (And we're not talking about his mom, the late actress Roxie Roker of "The Jeffersons" fame.) His second cousin has a very newsworthy job.

Everyone's favorite morning show weather forecaster, Al Roker, is a distant cousin of Lenny Kravitz! Their grandfathers were cousins, Al confirmed on "Today." Lenny's gone on record saying, "My mother was Roxie Roker, my grandfather, Albert Roker from the Bahamas. Has to be." How random!

"American Horror Story" actress Emma Roberts not only has a famous dad in actor Eric Roberts — she also calls America's sweetheart her aunt. What a talented family!

When "Game of Thrones" actor Thomas Brodie-Sangster starred in "Love Actually" as a child, he reconnected with his famous second cousin, who co-starred. Who is it?

Zoey Deutch, who's earned fans with her turns in Netflix projects like the comedy series "The Politician" and the rom-com "Set It Up," has a famous actress for a mom. Who is she?

Zoey Deutch's mom is none other than "Back to the Future" franchise star Lea Thompson! Zoey's dad (and Lea's husband) is also in showbiz — he's director Howard Deutch.

We all know Brandy has a famous family. Brother Ray J is infamous due to his relationship with Kim Kardashian back in the day. But do you know who her even more famous cousin is?

It's Snoop Dogg himself! The "Gin and Juice" rapper calls Brandy and Ray J first cousins.

"True Blood" and "Big Little Lies" actor Alexander Skarsgard is the son of another famous actor as well as the brother of a History channel star and a popular horror movie actor. Who are they?

"Good Will Hunting" and "Mamma Mia!" star Stellan Skarsgard has been acting for a very long time and has several sons who are famous actors too thanks to American television and film roles. Alexander Skarsgard is only one of them. Alexander's little brother Gustaf Skarsgard played Floki on "Vikings," and their baby brother Bill Skarsgard has appeared in projects including the horror flick "It" and the "Divergent" series.

Los Angeles native Jason Schwartzman got his start in the Wes Anderson movie "Rushmore" when he was 17. Though he had no real acting experience, Jason descends from a very talented Hollywood family, which probably helped him land some of his earlier gigs.

The Coppola name carries a certain amount of weight in Hollywood — and actor-musician Jason Schwartzman is a bona fide member of the family. His first cousin is Sofia Coppola, the Oscar-winning daughter of legendary director Francis Ford Coppola (who's the brother of Jason's mom, "Rocky" franchise star Talia Shire). More family connections? Nicolas Cage is Jason and Sofia's first cousin.

While Kyle Richards might have started out as a child actress, the socialite has become better known as an original cast member on "The Real Housewives of Beverly Hills." Surprisingly, she's also the aunt of a mega socialite and DJ who starred on a well-known reality series of her own.

These women lead anything but a simple life! Paris Hilton is Kyle Richards' niece.

England-born "Boardwalk Empire" and "Fargo" star Jack Huston has been acting steadily for nearly two decades. Even though he's famous in his own right, he also comes from a family of successful actors. Who are they?

Shirley MacLaine's career has spanned seven decades. But because her professional surname is different from her given last name, it's easy to forget that she has an exceptionally talented brother as well. Who is he?

"John Wick" and "Game of Thrones" star Alfie Allen made a name for himself as an actor after his sister found fame as a pop star.

"Parks and Recreation" star Rashida Jones made it big in the business based on her talent and comedy skills. But if she'd aimed for a career in the music industry, she probably could have gotten a boost from her famous father — who just happens to be one of the biggest names in the game.

Quincy Jones, arguably one of the most influential men in music history, is the father of both Rashida Jones and her sister, actress-model-designer Kidada Jones. Their mother was model and "Mod Squad" actress Peggy Lipton.

Jessica Capshaw earned fans with her work on Shonda Rhimes' hit TV show "Grey's Anatomy" for nine seasons before exiting in 2017. Do you know who her famous mom and stepfather are?

"Ex's & Oh's" singer Elle King found fame in 2012 with the release of "The Elle King EP." The Los Angeles native's father also happens to be a familiar face. Who is he?

Elle King's dad is none other than comedian Rob Schneider, who's appeared on "Saturday Night Live" and in flicks including "The Hot Chick," "The Benchwarmers" and "Grown Ups." 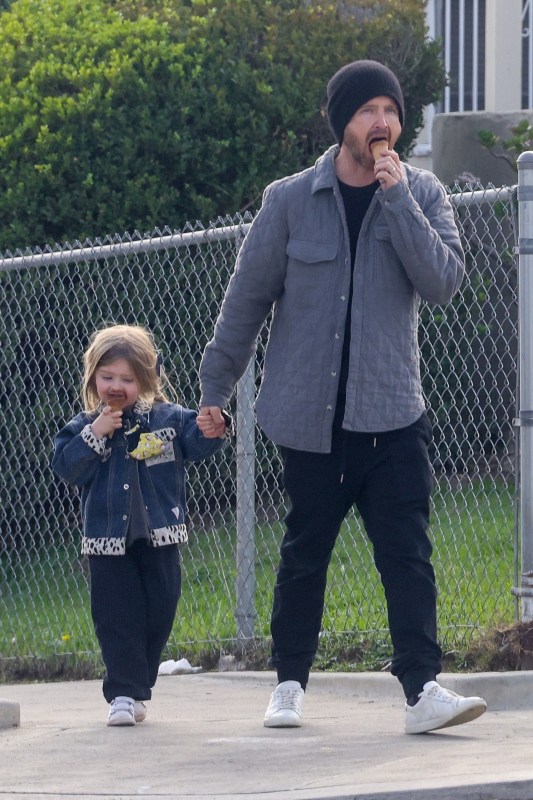