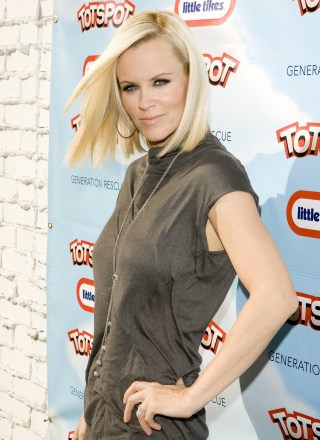 Jenny McCarthy, a nursing school dropout, combined her 1994 Playboy Playmate Of The Year win, her gregarious personality, and tendency to overshare to ensure herself a multi-platform career. She became known as more than a pretty face and a set of fake boobs cohosting MTV's dating show, "Singled Out," from 1995-97. She graduated to her own MTV variety show, NBC sitcom, and a short-lived movie career. She met director John Asher on the set of "Diamonds" (1999) and they married months later. They welcomed son Evan in 2002, which inspired her first three books "Belly Laughs," "Baby Laughs" and "Life Laughs." They divorced in 2005 and she moved on with Jim Carrey from 2006-10. After her son was diagnosed with autism at 3, she turned their journey into another best-selling book "Louder Than Words" and signed a deal with Oprah's company to develop a talk show. In 2010, she gave no-holds-barred romance advice in "Love, Lust and Faking It."  In recent years, she has come under fire for her controversial beliefs on treating the disease and child vaccinations, which she shared for a season of "The View" as Elisabeth Hasselbeck's replacement. To celebrate turning 40, she returned to the pages of Playboy in 2012. After brief stints dating Jason Toohey, sports agent Paul Krepelka and Chicago Bears linebacker Brian Urlacher, the "Love In The Wild" host married Donnie Wahlberg in 2014. They started dating in 2013 after he appeared on her VH1 talk show.