"When Calls the Heart" producers announced on Instagram on March 16 that the Hallmark Channel series is moving forward without Lori Loughlin — who's starred on the show since 2014 — after the network cut ties with her over her alleged involvement in the recent college admissions scandal. Producer Brian Bird said in a statement that the show has not been canceled but has gone on "a creative hiatus to do some retooling" on the Season 6 episodes that have yet to air. According to TVLine, the scandalized former "Full House" star is also not expected to return for the fifth and final season of the Netflix spinoff "Fuller House," which has yet to enter production but is scheduled to debut later this year.

RELATED: "Full House" cast: Where are they now?

On the March 21 episode of "The Ellen DeGeneres Show," David Letterman said that he made "the mistake" of staying on late-night television "way too long." Said the funnyman, "I'll tell you what happened: It turns out nobody had the guts to fire me. I should've left, like, 10 years ago. You want to make sure you have some energy to direct toward other things. … I did not [do other things]. All I cared about was myself. Then the show was gone, and so I had to realize, 'Oh, I've been looking through the wrong end of the telescope.' There's more to life than, 'So tell me about your pet beaver.'"

RELATED: The greatest late-night hosts of all time

Animal Planet is saying goodbye to "Tanked" after 15 seasons centered around the Las Vegas-based Acrylic Tank Manufacturing company and its co-owners, brothers-in-law Brett Raymer and Wayde King. According to a network exec, "The series came to a natural end late last year." The decision to cancel the show allegedly has nothing to do with a domestic violence incident between King and his wife, Heather, that went down in early March.

"Community" actor Richard Erdman died at 93 on March 16. He portrayed Greendale student Leonard on the sitcom from 2009 to 2015 and made his final appearance on TV on a 2017 episode of "Dr. Ken."

Jenny McCarthy's time on "The View" was like a "horror movie"

In an excerpt from the upcoming book "Ladies Who Punch: The Explosive Inside Story of 'The View'" published by Vulture on March 20, Jenny McCarthy describes her year on "The View" — she served as a co-host during Season 17 in 2013 and 2014 — as a horror movie, comparing Barbara Walters to Joan Crawford in "Mommie Dearest." Said the model-actress, "Every day I went home and I was miserable. … It really was the most miserable I've been on a job in my 25 years of show business." In the excerpt, Jenny details her explosive first encounter with Barbara — whom she characterizes as extremely controlling and out of touch — and explains the power struggle between the veteran newswoman and Whoopi Goldberg, whom she describes as having an "addiction to controlling" people.

During a segment centered around the public shaming of Monica Lewinsky on the March 17 episode of "Last Week Tonight," John Oliver criticized Jay Leno for saying on the March 12 episode of the "Today" show that he'd "just like to see a bit of civility come back" to late-night talk shows. The English comedian called out the retired host for being "among the most relentless" Lewinsky shamers and pointed out that Leno is one of the few late-night personalities who has yet to apologize for his treatment of the former White House intern. Oliver also played a highlight reel featuring some of Leno's most below-the-belt jokes about Lewinsky.

Fox News Channel announced on March 18 that Donna Brazile — who served as the interim Chair of the Democratic National Committee during the 2016 presidential election — is joining the network as a contributor offering political analysts across various programming. "I know I'm going to get criticized from my friends in the progressive movement for being on Fox News," she said in a statement. "My response is that, if we've learned anything from the 2016 election, it is that we can't have a country where we don't talk to those who disagree with our political views. There's an audience on Fox News that doesn't hear enough from Democrats. We have to engage that audience and show Americans of every stripe what we stand for rather than retreat into our 'safe spaces' where we simply agree with each other."

Former "Love Island" contestant Mike Thalassitis committed suicide at a park in London on March 16, police confirmed. The reality TV personality, who'd recently lost his beloved grandmother (he was her caretaker), hanged himself. He was 26. 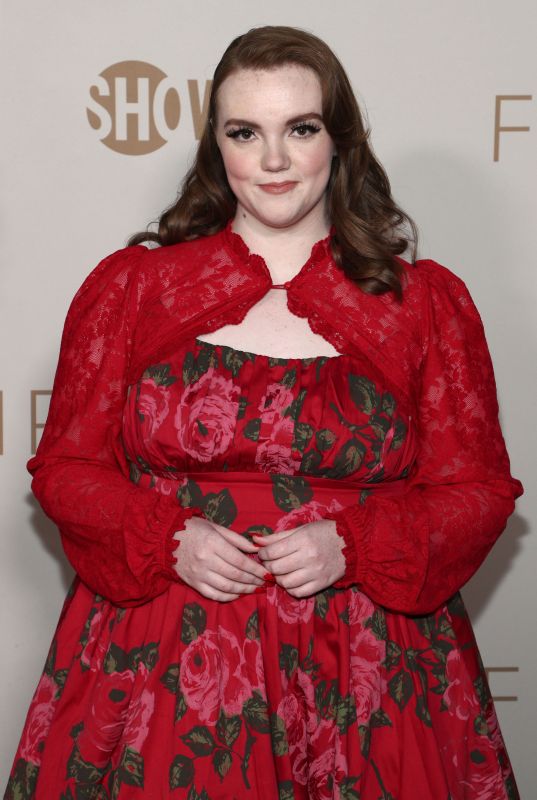