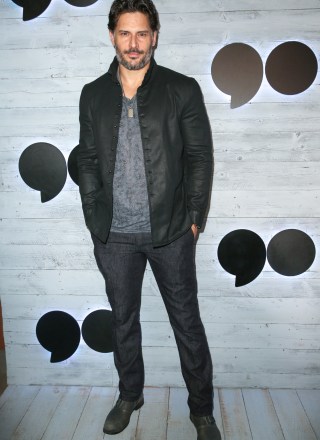 This hunk of man meat was raised on monster movies, the Steelers and Catholicism in Pittsburgh. He exceled at basketball, volleyball and football, but was sidelined by an injury. Luckily, working at the school's TV station kindled his interest in filmmaking. He and friends started making movies on weekends and he discovered school plays his senior year. After being rejected the first time, Manganiello reapplied and got into Carnegie Mellon's theater program after a year of at University of Pittsburgh. Post-graduation, he moved to LA and picked up work on the small screen in "ER," "How I Met Your Mother," and "One Tree Hill." He was cast as a bully in 2002's Spider-Man (a role he reprised in 2007), but his career truly took off when he took off his clothes for "True Blood" as reluctant werewolf Alcide Herveaux and for both "Magic Mike" films. (He found the subject matter so interesting that he directed a documentary about La Bare, the world's most famous male dance club.) He was previously engaged to Audra Marie, an actress he met at s 2009 Super Bowl event, but they broke it off in 2011. He is currently cuddling up to Columbian bombshell Sophia Vergara.