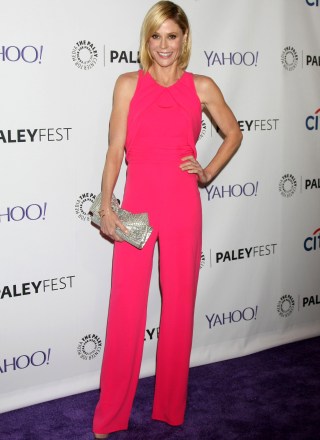 The "Modern Family" matriarch got her start acting for a much smaller audience — her family and friends when she put on plays in her back yard. She majored in Italian Renaissance studies at Brown University while maintaining a busy slate of school productions as well. After studying abroad for a year and becoming fluent in Italian, she took a role in an indie film called "Five Spot Jewel" and in 1993 did two TV projects. They were forgettable, but gave her the confidence to head west and more television followed immediately ("Acapulco H.E.A.T.," "Runaway Daughters," "Party Of Five"). She then moved on to film, appearing in 1996's "Happy Gilmore" and "Multiplicity" and 1997's "An American Werewolf in Paris." She spent the next decade in recurring roles on "ER," "Ed" (2000-04), "Lost," "Weeds" and "Boston Legal" before stepping into the shoes that would win her two Emmys. She also has nabbed four cast SAG awards for her work as Claire Dunphy on "Modern Family." She has been happily married offscreen as well since 2004 to software developer Scott Phillips. They have three sons, Oliver and twins John and Gus.