Are you ready for another "The Bachelor" spinoff? Well, ready or not, come April, ABC will be premiering its latest series in the franchise: "The Bachelor: Listen to Your Heart." On the show, 20 single men and women will try to find love — with a twist: It's all through music. The couples that commit will go through musical challenges that will even include live performances judged by famous singers. Sign us up!

We learned on Jan. 14 that Abby Huntsman was leaving "The View" after less than a year and a half on the panel. But following her announcement, speculation emerged about why she was really out of there. Abby's official explanation? She was leaving to serve as the senior adviser on father Jon Huntsman Jr.'s campaign for the governorship of Utah. But Page Six and other outlets claimed otherwise, with a source telling the New York Post's gossip column that the former Fox News personality wanted out because of the "toxic" environment on set, which Abby reportedly complained about to the network. ("ABC won't do anything about it," said the source.) A second insider confirmed the suspicion, adding, "It's an unhealthy environment — just the way that things are handled during shows and how people deal with each other. It's intense. … She's felt for a while that things had to change. … ABC treated Abby like [crap], but everyone on the show gets treated like [that]. She was smart enough to do something about it."

Netflix scores big with "The Witcher"

Netflix scored a major win with its new series "The Witcher." In January, it was confirmed that the fantasy show starring Henry Cavill, which is based on a popular book series that spawned an even more popular video game, is the biggest first-season original TV series ever for the streaming service. In a Jan. 21 letter to shareholders, Netflix reported that 76 million member households watched "The Witcher" in its first four weeks of release. The news was mired in controversy, however, as Netflix recently changed the way it counts views: Previously, a view was counted if a member account watched 70% of an episode or film. Now, a view is counted if a member account watches two minutes or more of a program — which, according to the streamer, is "long enough to indicate the choice was intentional."

Sorry, "The Real Housewives of New Jersey" fans! On Jan. 8 while stopping by "Watch What Happens Live," controversial former Housewife (and now friend of the show) Danielle Staub made a big announcement: She told Andy Cohen not only that she's leaving the show (again) but that she'll "never" return to the series. Andy was surprised by her declaration, which came on the heels of an episode featuring a physical altercation between Danielle and Margaret Josephs.

Danielle Staub isn't the only Bravo personality who announced her "Housewives" franchise retirement in January. On Jan. 24, "The Real Housewives of Orange County" star Vicki Gunvalson took to Instagram to reveal that after launching the show in 2006, she was finally moving on. "I will always be the OG of the OC, but it's time to say goodbye to The Real Housewives of Orange County. It's been an incredible ride for 14 years and I want thank all of you for your support, for your love and for 'whooping it up' with me along the way," she wrote. "I've been working on new projects that will be exciting, empowering and inspirational. My podcast with Westwood One will be launching soon and I will have much more to say about this on 'Whoop it up with Vicki.' I hope you will join me with my new journey so please stay tuned. I love all my fans, and I want to thank Bravo and Evolution for this incredible experience which my family and I have will never forget." The next day, another "RHOC" star followed suit: Tamra Judge, who joined the show back in season 3, wrote on Instagram, "It's been a wild 12 years. But it's time for me to move on. I'm sad to go but I'm very excited about my future . Love ❤️ you guys ✌🏼."

Ken Jennings talks about being top "Jeopardy!" champ of all time

He's officially the greatest! During a Jan. 15 appearance on "Good Morning America," Ken Jennings opened up about winning on "Jeopardy! The Greatest of All Time" this month. The champion shared, "I just remember feeling shock. I've been in a lot of these 'Jeopardy!' super-tournaments, and I have an amazing talent for finishing second. So I had no idea what to do when you actually win. It turns out you walk over and stand by [host] Alex [Trebek]."

"Saved by the Bell" reboot names its new star

There's a new popular kid at Bayside High! On Jan. 6, TheWrap reported that Josie Totah has been cast in a lead role on the Peacock streaming service reboot of "Saved by the Bell." The 18-year-old actress will star as "beautiful" and "sharp-tongued" cheerleader Lexi, "the most popular girl at Bayside High who is both admired and feared by her fellow students." You might recognize the actress from previous roles on "Glee" and "Champions." There will be some more familiar faces on the reboot: Mario Lopez, Elizabeth Berkley and Mark-Paul Gosselaar are all reprising their roles from the original.

Ryan Seacrest takes a tumble on "Live With Kelly and Ryan"

Poor Ryan Seacrest! The host suffered an embarrassing (and headline-making) moment on the Jan. 7 episode of "Live with Kelly and Ryan" when he fell off a stool on live television. As Ryan tried to catch a gold balloon falling from the ceiling, he somehow lost his balance and toppled backwards in his chair, interrupting co-host Kelly Ripa in the middle of a sentence. Kelly immediately jumped up to help her fallen colleague, who could be heard laughing from the floor. But don't worry, Ryan was just fine — he even popped back up with the balloon and yelled "I got it!" to the delight of the audience.

It's almost time to say goodbye to one of our favorite TV families. ABC announced on Jan. 8 that the final episode of "Modern Family" will air on April 8, bringing the Emmy-winning sitcom to an end after 11 seasons. Though we're sad to see the Pritchett clan go, "American Housewife" will be taking its place and bringing the laughs in the same time slot moving forward.

Savannah Guthrie returned to her position on the "Today" show on Jan. 7. The morning show anchor suffered an eye injury in late November after son Charley accidentally hit her with a toy train, requiring her to undergo eye surgery to prevent a retinal detachment. "When I say, 'Good to see you,' I really mean it," Savannah said as she opened the show. She previously spoke about her recovery with People magazine in December, explaining that since it required her to lay facedown for much of the day, it was "uniquely challenging."

Ellen Pompeo opened up about the major "Grey's Anatomy" news that broke this month — Justin Chambers has left his role as Alex Karev on the popular drama after 16 seasons. The star tweeted her thoughts, re-posting Vanity Fair's tweet that read, "#GreysAnatomy is about to feel one of its biggest losses yet." (It linked to an article titled "Grey's Anatomy Will Not Be the Same Without Alex Karev.") Added the actress and longtime star of the medical drama, who also produces the show, "Truer words have never been spoken."

Hank Azaria no longer voicing Apu on "The Simpsons"

On Jan. 16 during the Television Critics Association Winter Press Tour, "The Simpsons" voice actor Hank Azaria confirmed that he's done playing Apu, a racist caricature of Indian American culture that has become increasingly controversial in recent years. "All we know there is I won't be doing the voice anymore, unless there's some way to transition it or something," Hank explained. "What they're going to do with the character is their call. It's up to them and they haven't sorted it out yet. All we've agreed on is I won't do the voice anymore. … We all agreed on it. We all feel like it's the right thing and [feel] good about it."

On Jan. 21, CMT made a major announcement in the wake of ongoing criticism that women in country music have long been treated differently and played less on the radio than their male peers. "Effective immediately all music video hours on CMT and CMT Music channels will have complete parity between male and female artists," the network tweeted. "That means 50/50. #CMTEqualPlay." The TV channel's senior vice president of music strategy explained the move to Variety, saying, "We don't want to look at the same results in a year from now. We hope other partners will join in this effort. It's important for the future of our format." Artists including Grammy winner Brandi Carlile (center) praised CMT's decision. "Annnnnnnd @CMT gets to go down in country music history as leading this charge," Brandi tweeted. "c'mon country radio… cowgirl up!"

The next generation of "Wheel of Fortune" stars is here! On Jan. 6, Pat Sajak's 25-year-old daughter, Maggie, appeared on the iconic game show, filling in as a "special letter toucher" while Vanna White hosted. But it wasn't Maggie's first time on the game show: She first appeared on it when she was just a year old. The January visit was taped back in November when her father was undergoing emergency surgery to correct a blocked intestine and had to take a break from tapings. Of his health issues, Maggie said, "It was a scary experience — I'm not gonna lie. But he's doing great, and I know he's so excited to be back next week." Fortunately, her host dad has since made a full recovery and returned to set.

For the first time ever, the Rock and Roll Hall of Fame induction ceremony will be televised. HBO will air the event live on May 2. In January, we learned who will be honored. The 2020 Rock & Roll Hall of Fame inductees were announced on Jan. 15 and include Whitney Houston, Depeche Mode, the Doobie Brothers, Nine Inch Nails, the Notorious B.I.G. and T. Rex. It was also announced that Jon Landau, a longtime industry manager who guided Bruce Springsteen's career, and Irving Azoff, who's managed the Eagles since 1974, will receive the Ahmet Ertegun Award on the big night. 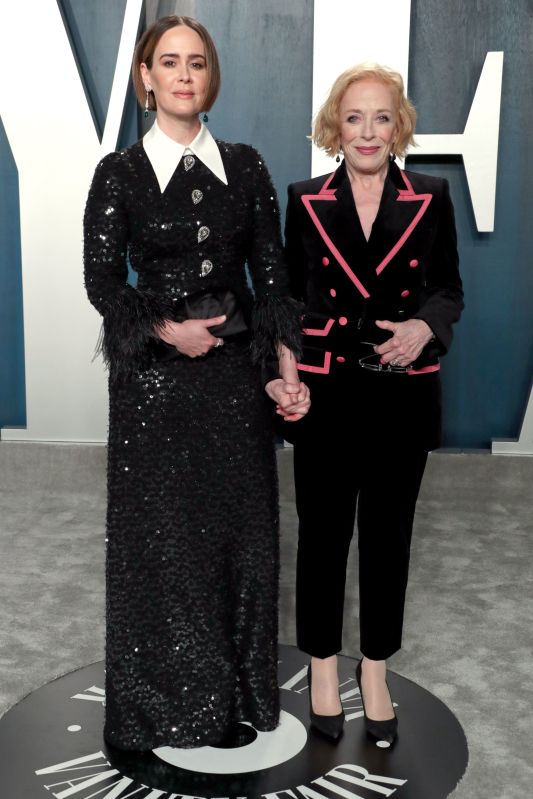