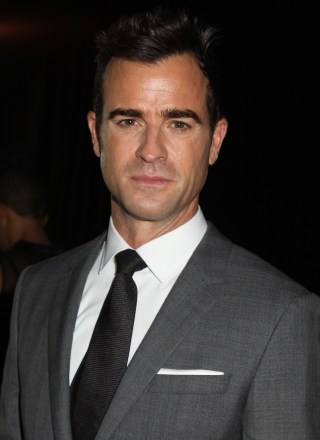 Nowadays, Justin Theroux is mostly known as the future Mr. Jennifer Aniston. But she wasn't even the first Friend the actor, screenwriter and director worked with. (That'd be Lisa Kudrow in 1997's Romy and Michelle's High School Reunion.) This son of lawyer and a writer, who graduated from Vermont's Bennington College, had been toiling in Hollywood since the mid-90s. His first film was I Shot Andy Warhol in 1996 and he has since been seen in Zoolander, Charlie's Angels, American Psycho, Mulholland Drive and Tropic Thunder, which he co-wrote. He's also done quite a bit of memorable TV work on Strangers With Candy, Six Feet Under and Parks and Recreation. The current Leftovers leading man met his future fiancée on the set of 2012's Wanderlust. A year after he split with his girlfriend of 14 years, stylist Heidi Bivens, in 2011, he and the A-lister announced their engagement.