One of our favorite Kardashian-Jenner ladies turns 23 on Nov. 3, 2018! In celebration of Kendall Jenner's special day, Wonderwall.com is taking a look at the supermodel's growing empire. Keep reading to learn the ins and outs of Kendall's entertainment business!

Born to an affluent family in Calabasas, California, Kendall Jenner's Hollywood journey began at the young age of 12. In 2007, she joined her famous family members on the E! reality show "Keeping Up With the Kardashians." The series was a huge hit that launched the careers of siblings Kim Kardashian West, Kylie Jenner, Khloe Kardashian, Kourtney Kardashian, Rob Kardashian, momager Kris Jenner and, of course, Kendall. (Her dad, Olympic gold medalist Caitlyn Jenner — then known as Bruce — had already been famous for decades!)

With the help of momager Kris Jenner, Kendall Jenner launched her modeling career in 2009. She signed to Wilhelmina Models when she was 14 and immediately began appearing in advertisements for Forever 21 and Teen Vogue.

Kendall Jenner really started bringing in the dough in 2013 when she and sister Kylie Jenner launched the Kendall & Kylie Collection with PacSun and the Metal Haven by Kendall & Kylie jewelry collection. The fashion partnerships expanded Kendall's net worth to $2.5 million. Kendall also signed with The Society Management in November 2013, signaling a change in direction to high-fashion work.

Right on the heels of their PacSun success, Kendall Jenner and Kylie Jenner launched a shoe and handbag line with Steve Madden's Madden Girl line for Nordstrom. The collaboration proved to be just as successful as their clothing lines had been, increasing Kendall's bank account in the process.

Kendall Jenner closed out the year by signing a lucrative deal with Estée Lauder and buying a new home. The model became an official Estée Lauder representative that November and purchased her first home, a two-bedroom, two-and-a-half bath condominium in Los Angeles, for $1.4 million.

In March 2015, Kendall Jenner became the face of Calvin Klein Jeans, which greatly contributed to her $4 million earnings that year. "Modeling for Calvin Klein Jeans is really a dream come true," she said at the time. "I've grown up wearing the brand and seeing the iconic advertising in magazines and on billboards featuring some of the world's top supermodels. To now be a part of that legacy is truly an honor." Two months later, Kendall signed a contract with Penshoppe.

E! gave the Kardashian-Jenner family a huge payday in 2015 nearly eight years after "Keeping Up With the Kardashians" hit TV screens. The channel agreed to a reported $80 million deal to continue to film the famous family through Season 14.

Kendall Jenner finished out 2015 by walking in her very first Victoria's Secret Fashion Show in New York City. The burgeoning supermodel took to the catwalk twice — first in a red and blue lacy corset and then in a sheer, sequined turquoise number (pictured here).

In 2016, Kendall Jenner and her sister, Kylie Jenner, stepped up their fashion game and launched a whole new clothing line in collaboration with TopShop. The Kendall + Kylie collection hit stores in February and continues to be a super-successful brand to this day. It can be found in 390 stores in the States and 975 worldwide including Neiman Marcus, Nordstrom, Saks Fifth Avenue, Bloomingdale's, Shopbop, Revolve, I.T. Hong Kong and Luisa Via Roma. The retail prices range from $50 to $495.

Kendall Jenner and Kylie Jenner also launched two other lucrative products in 2016. Their mobile game, "Kendall & Kylie," hit app stores nationwide in February and their second book, "Time of the Twins," was released in November.

Kendall Jenner walked in her second Victoria's Secret Fashion Show in 2016 and had campaign features for Mango, CPS Chaps, Calvin Klein, Rock The Vote/Independent Journal Review and Denimlab. She became so huge in the modeling world that Vogue's editors devoted a special edition editorial to her that April. Her modeling success, along with her endorsements, businesses and reality show, contributed to her $17 million earnings that year.

Kendall Jenner's takeover of the fashion world paid off in late 2017: That November, Kendall was named the world's highest paid model by Forbes Magazine, with earnings of $22 million. She used some of that hard-earned cash to buy a new $8.5 million mansion in the exclusive Mulholland Estates gated community in Los Angeles.

In 2018, Kendall Jenner decided to take a step back from modeling after being on the "verge of a mental breakdown," she told LOVE Magazine. She skipped New York, London and Milan Fashion Weeks in February and opted out of NYFW again in September. "…I had a million jobs, not only catwalks but everything else. The whole combination was very overwhelming and I started to freak out a little bit and needed to take a step back," Kendall explained. Nevertheless, she is still worth a nice $18 million, according to Money. 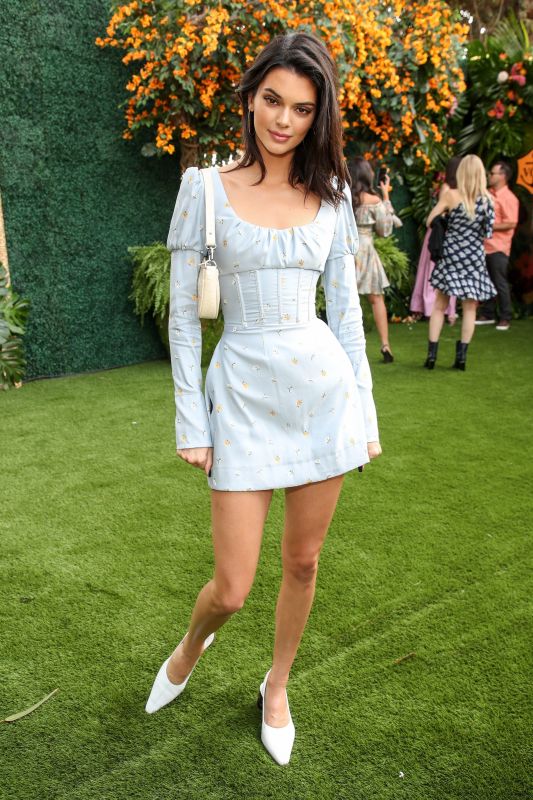 Up Next Big bucks