Over the last decade, Lady Gaga has transformed herself from an up-and-coming singer-songwriter to an international superstar worth an estimated $320 million. In celebration of her 35th birthday on March 28, 2021, Wonderwall.com is taking a look at the business of being Gaga. Keep reading to see how the pop star-turned-actress has built her empire…

RELATED: Music one-hit wonders: Where are they now?

Lady Gaga grew up on Manhattan's affluent Upper West Side but went against the grain when she dropped out of prestigious New York University to pursue music in 2005. In 2007, she began performing neo-burlesque shows with performance artist Lady Starlight (pictured here) and writing songs for famous stars such Britney Spears, Fergie and the Pussycat Dolls. Gaga eventually caught the attention of Akon, who signed her to his label, KonLive.

One year later, Lady Gaga released her first album, "The Fame," which sold more than 4.79 million copies in the United States and featured the No. 1 bestselling single of 2009, "Just Dance," with 9.8 million copies sold. "The Fame" established Gaga as a legitimate pop singer and paved the way for her superstar career.

Lady Gaga embarked on her first world concert trek, the "The Fame Ball" tour, in 2008. The show was critically acclaimed and Gaga earned an estimated $3 million in ticket sales.

Fresh off the heels of her first world tour, Lady Gaga released "The Fame Monster," a reissue of her first album that featured several bonus tracks. This one, combined with "The Fame," sold more than 15 million copies worldwide. In 2009, Gaga became the most downloaded female act in a year in the States with 11.1 million downloads sold, which earned her an entry in the Guinness Book of World Records.

Lady Gaga promoted her second album with the "Monster Ball" world tour, which ran from November 2009 to May 2011. The concert trek grossed $227.4 million, making it the highest grossing concert tour for a debut headlining artist. Plus her HBO concert special chronicling one of her biggest dates, "Lady Gaga Presents the Monster Ball Tour: At Madison Square Garden," was watched by 1.2 million viewers!

In 2010, Lady Gaga picked up her first and second Grammy Awards — for best dance recording for "Poker Face" and best dance/electronic album for "The Fame." The critical approval and global attention only boosted her music sales. According to a 2012 report from Rolling Stone, at the time, she'd earned nearly three-quarters of a million dollars in songwriting royalties for "Poker Face," a number that's since grown.

In 2010, Lady Gaga expanded her empire, collaborating with Monster Cable Products to create in-ear jewel-encrusted headphones dubbed Heartbeats by Lady Gaga. She also partnered with Polaroid as their creative director, announcing a suite of photo-capturing products called Grey Label. Gaga's business endeavors, as well as her best selling albums, helped her to earn more than $62 million that year.

Lady Gaga released her third album, "Born This Way," in 2011. It sold 8 million copies worldwide and the lead single of the same name sold more than 1 million copies within five days — earning the Guinness World Record for the fastest selling single on iTunes.

In November 2011, Lady Gaga starred in the TV special "A Very Gaga Thanksgiving." The holiday-themed show attracted 5.7 million viewers in the States and prompted the release of a jazz holiday album, "A Very Gaga Holiday," which sold 44,000 copies.

Inspired by a need to give back, Lady Gaga co-founded the Born This Way Foundation, which focuses on bullying and youth empowerment, in February 2012. The non-profit's original funding included $1.2 million from Gaga herself as well as funding from Barney's New York and the MacArthur Foundation.

Lady Gaga headlined her "Born This Way Ball" tour starting in April 2012. The concert series was the fifth-highest grossing tour of 2012 with ticket sales of $183.9 million globally. She was devastated when she was forced to cancel several dates due to an injury that required hip surgery.

Lady Gaga released her third studio album, "Artpop," in November 2013. The record eventually sold more than 2.5 million copies worldwide and, globally, was the ninth-best selling album of 2013. But many critics considered it a flop as it lacked hit singles and sold fewer than one-fourth as many units as her wildly successful sophomore album in its first week.

In May 2014, Lady Gaga embarked on her "ArtRave: The Artpop Ball" tour, which earned $83 million. Sales from the tour and her new album helped Gaga earn more than $33 million in 2014.

Lady Gaga was named the face of the Spring/Summer 2014 Versace campaign — a deal that netted her millions. "I am honored that my friend Lady Gaga is the face of our new Versace campaign," Donatella Versace said at the time. "I wanted to capture her true beauty and spirit in images that are elegant and alluring. She is like family to me, the embodiment of the Versace DNA."

Lady Gaga dropped her second perfume, Eau de Gaga, in September 2014. The fragrance was the 10th-best selling perfume for 2014 with an estimated 23,000 bottles sold.

That same month, Lady Gaga collaborated with music icon Tony Bennett on a jazz album, "Cheek to Cheek." The acclaimed recording was Gaga's third consecutive No. 1 album on the Billboard 200 and sold 760,000 copies worldwide. Their "Cheek to Cheek" tour grossed $15.3 million from 27 shows with total attendance of more than 176,000.

In 2015, Lady Gaga decided to focus on acting — her first love — and landed a starring role on "American Horror Story: Hotel." The season debut episode drew in 12.17 million viewers and the series averaged 6.9 million viewers total through its first four episodes — an increase from the previous "AHS" installment, "Freak Show." As if the strong viewership wasn't enough, Gaga also won a Golden Globe for best actress for her performance.

Lady Gaga returned to music in 2016 with the release of her fifth studio album, "Joanne." It was Gaga's fourth to reach No. 1 and sold more than 1 million copies worldwide.

Lady Gaga showed the world how much of a superstar she truly is when she headlined the Super Bowl LI Halftime Show in February 2017 to critical praise. Her performance — which featured the Super Bowl's first-ever use of robotic aircraft — attracted 117.5 million viewers, exceeding the game's total of 113.3 million viewers. The show also led to a surge of 410,000 song downloads for Gaga. Winning!

The creation of Lady Gaga's "Joanne" album and her preparation for her Super Bowl Halftime Show performance were featured in her Netflix documentary, "Gaga: Five Foot Two," which debuted in September 2017. Although the streaming numbers were not released publicly, "Five Foot Two" — in which Gaga revealed details of her long and quiet struggle with fibromyalgia — was considered a success and received widespread praise from critics and audiences alike.

Lady Gaga's fortune reportedly grew by $100 million when she signed a deal for a two-year residency at the MGM Park Theatre in Las Vegas. She announced the news in late 2017 and shared details in August 2018. "Lady Gaga Enigma," a high-energy show filled with her pop hits, ran from December 2018 to May 2020. She also performed a separate show called "Jazz and Piano" that was filled with stripped-down versions of her songs as well as pieces from the Great American Songbook. Variety reported that her deal guaranteed her at least $1 million per show. The residency reportedly grossed nearly $54 million in 2019.

In October 2018, Lady Gaga made her feature-film leading-lady debut in the Bradley Cooper-directed remake of "A Star is Born." The film earned rave reviews at the Venice and Toronto film festivals and earned more than $433 million at the box office! According to Fox Business, she earned between $5 and $10 million for her acting efforts. Gaga also took home an Academy Award, a Golden Globe and a Critics' Choice Movie Award for best original song for the film's big hit, "Shallow" (she was nominated for best actress at all those ceremonies too), as well as Grammys for best pop duo/group performance and best song written for visual media. On top of that, she profited from sales of "Shallow," which she performed, co-wrote and co-produced. It was certified four-times platinum in America and sold more than 10.2 million copies worldwide.

Lady Gaga began 2019 with an upgraded net worth. Thanks in part to her awards-bait performance in "A Star is Born" and her Las Vegas residency success, her reported net worth grew from $275 million to $300 million by February 2019.

At the 2019 Grammys, on top of her two awards for "Shallow," Lady Gaga also took home a trophy for best pop solo performance for "Joanne."

At the 2020 MTV Video Music Awards, Lady Gaga had another successful night! In addition to performing her duet "Rain on Me" with Ariana Grande, the superstar took home five awards including best song, best collaboration and best cinematography for "Rain on Me." Gaga also took home the inaugural Tricon Award, which recognizes artists who've made significant accomplishments in the entertainment industry. At the 2021 Grammy Awards several months later, she took home her 12th Grammy for "Rain On Me" when she and Ari won the best pop duo/group performance prize.

Lady Gaga's 2019 best actress Oscar nomination paid off with more lucrative acting work: In early 2021, she began filming "House of Gucci" in Italy alongside Adam Driver. In the Ridley Scott-directed film, Gaga portrays Italian socialite Patrizia Reggiani, Maurizio Gucci's ex-wife who was convicted of orchestrating her husband's murder. The film is scheduled to debut in November 2021.

In addition to starring in "House of Gucci" in 2021, Lady Gaga will also appear in the action film "Bullet Train" starring Brad Pitt and Joey King. She'll also embark on the six-date "Chromatica Ball" tour in July. 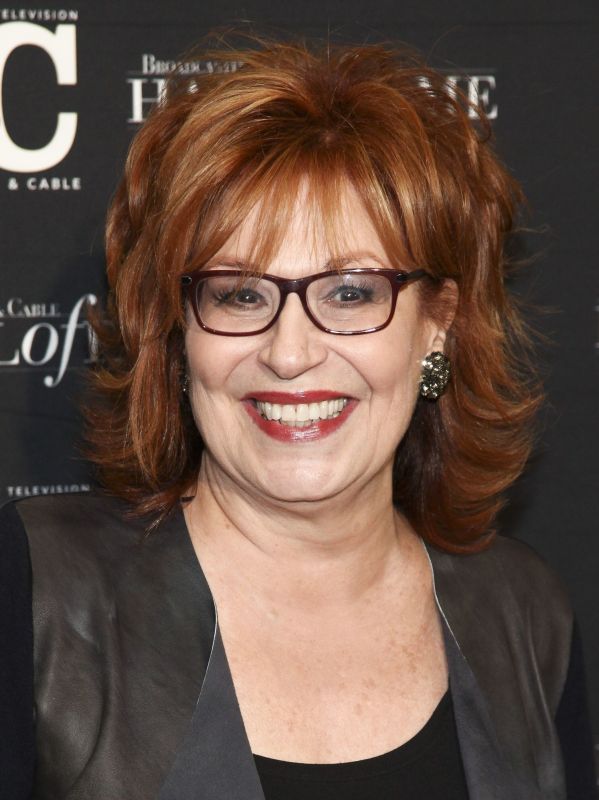