Idris Elba is taking his real-life turntable skills to the small screen! The British actor stars as a struggling DJ on his newest show, Netflix's "Turn Up Charlie." In honor of the series premiere on March 15, 2019, check out the top 15 reasons why the London native is our absolute fave, starting with the obvious…

Idris Elba's gritty and oh-so-attractive East London English accent is to die for! We could listen to him talk all day long…

RELATED: Hollywood's hottest men who get better with age

No. 14: He works behind the scenes

Idris Elba became a major Hollywood player because of his onscreen roles, but the British star has also made his mark behind the camera. In 2018, he made his directorial debut with an adaptation of the 1992 novel "Yardie." Idris also created and executive produced his own Netflix series, "Turn Up Charlie," which debuted in 2019.

Idris Elba knows how privileged he is and makes sure to use his wealth and influence to help others. In 2014, the 46-year-old star collaborated with Britain's Parliament in its efforts to eradicate Ebola from West Africa, working with the U.K.'s Secretary of State for International Development, Justine Greening. He also launched a Valentine's Day charity initiative in 2017 in which he asked fans to donate $10 to the women's charity W.E. Can Lead for a chance to win a V-Day date with him.

Idris Elba isn't just a pretty face. He has also has a killer body, thanks to his athleticism and kickboxing skills. In fact, he competed professionally in kickboxing and mixed martial arts in 2016, capturing his journey on the Discovery Channel documentary "Idris Elba: Fighter." "I think my ego was being tested at middle age," Idris told AskMen. "Like how some people go out and buy Ferraris and some people buy a motorbike. Well, I was sort of interested in testing whether my body can withstand extreme training. I've always been reasonably fit but I've never been a guy that went to the gym all the time. I thought to myself, 'Why not give myself an opportunity to be the most fit I've ever been?'"

Idris Elba is a father of two: He has a daughter, Isan, with his first wife, and a son, Winston, with ex-girlfriend Naiyana Garth. The London native takes his role as Dad very seriously, making sure to spend quality time with his kiddos. He was filled with pride when Isan was named 2019's Golden Globe Ambassador (formerly known as Miss Golden Globe). "I told her to keep her back straight; elegance is presence," he told E! News. "Smile and nod politely, even if you can't understand what anyone's saying. If you feel like you're going to pass out, don't… I'm just like really proud. I can't help but be a dad."

We're pretty sure there's a lot more to life than being really, really, ridiculously good looking. But Idris Elba doesn't need to find out what that is. The British star is so handsome that he was named People magazine's 2018 Sexiest Man Alive. "My mum is going to be very, very proud," Idris said on "The Tonight Show With Jimmy Fallon," where the news was announced.

No. 9: He can wear literally anything

Has there ever been a time you saw a photo of Idris Elba and thought he hadn't just stepped off the pages of GQ magazine? Probably not. Whether he's sporting a T-shirt or rocking a three-piece suit, this Brit's style game is basically always on-point.

No. 8: He's a crazy-talented awards magnet

Idris Elba took home not one but two Screen Actors Guild Awards in 2016: outstanding supporting male actor for his work in "Beasts of No Nation" and outstanding male actor in a TV movie or miniseries for his performance in "Luther." He's also a five-time Emmy nominee and a five-time Golden Globe nominee (he won his first Globe in 2012, for "Luther").

Though Americans know Idris Elba predominantly for portraying a wide range of tough guys — from Heimdall in "Thor" to Commandant in "Beasts of No Nation" — the handsome Brit actually got his start in musical theater. He joined Britain's National Youth Music Theatre as a teen and toured Japan as part of its production of "Guys and Dolls." The English actor also spins as DJ Driis (according to Esquire, he started DJing at weddings at age 14), has released a handful of EPs, and has directed a music video for Mumford & Sons. In fact, he's so respected as a DJ, he's slated to perform at the 2019 Coachella Valley Music and Arts Festival! Idris has shared that musical theater is still close to his heart: "I don't know if I've got the chops to sing, but I'd like to explore it," he told NME magazine of his desire to appear in a movie musical.

It's not just in Hollywood that Idris Elba cheats death. The English actor claims he almost died on the set of "Beasts of No Nation" when he slipped on a wet rock while shooting a scene set at a waterfall with a 90- or 100-foot drop. "I put my foot on this rock … [and] it's slippery, obviously. I slip … I put my hand on this tree — it's not a tree, it's a branch. It snaps and I go literally about 6 feet before I go bang over and I got caught by the security guy," Idris recounted during an appearance on "The Jonathan Ross Show" in 2015. But that's not his only near miss! In 2013, the handsome star walked away unscathed after he flipped a car he was driving while shooting the racing documentary "Idris Elba: King of Speed."

Idris Elba knows how to bring the laughs. The actor and DJ has a rep for cracking jokes in interviews and showcased his funny side when he ably hosted "Saturday Night Live" for the first time in March 2019. From playing magician The Great Rodolpho to poking fun at those James Bond rumors, he left fans in stitches.

Idris Elba might be one of Hollywood's brightest stars, but he usually looks for his real-life leading ladies outside of the spotlight. His first wife, Hanne "Kim" Norgaard, and his former partner, Naiyana Garth, are both makeup artists, and his second wife, Sonya Nicole Hamlin, is a real estate attorney. However, Idris's current fiancée, Sabrina Dhowre, is a model.

Idris Elba was born and raised in London but his mother is originally from Ghana and his father is from Sierra Leone — facts in which he takes great pride. "Ghana is special to me because my mom, obviously, was born there and she was the last of 11 children. She was raised there until she was 12 and then she moved to Sierra Leone," he told Travel + Leisure while discussing filming "Beasts of No Nation" in the African nation. "It was the first time for me to go to Ghana. It's my mom's heritage and it was great. Accra is beautiful. It's a beautiful place. It was special because I got to see my mom's family. It was meaningful."

No. 2: He worked really, really hard to get where he is today

Life hasn't always been easy for Idris Elba, who sold everything he had to move from England to New York in 1998 to pursue his career. "I was hustling back then. And I mean huss-ell-ing," the English actor told Esquire in 2013. "I was working the door at Carolines comedy club. Selling weed, 10 spots, everything, just to make money because the acting [gigs] weren't coming in fast enough." The money he got for selling his home in Britain only lasted about a year, and he couldn't legally work in America as anything other than an actor due to his visa — but fortunately, Idris caught a lucky break as a DJ that allowed him to make ends meet until his acting career took off.

We dare you to find a list of the all-time greatest television shows that doesn't include "The Wire." The HBO crime drama featured Idris Elba in his star-making turn as Russell "Stringer" Bell — and it wouldn't have been the same without him! 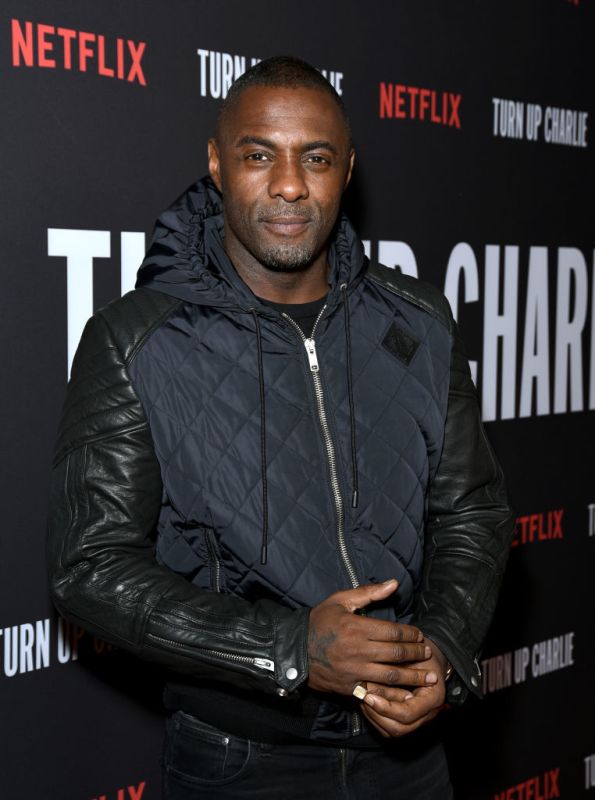 Up Next Holy Hotness