Nearly two years after calling time on their decade-long marriage, Ben Affleck and Jennifer Garner were the picture of post-marital bliss as they left church in Los Angeles on Sunday, March 26, with their kids, Violet, 11, Seraphina, 8 and Sam, 5. The former couple have not filed for divorce and Ben is back to living in the same house with his ex and their children so he can continue sharing parent duties with Jen, according to Us Weekly. Ben recently announced he'd gotten help for alcohol addiction. "I want to live life to the fullest and be the best father I can be," he posted on Facebook March 14. "I want my kids to know there is no shame in getting help when you need it, and to be a source of strength for anyone out there who needs help but is afraid to take the first step. I'm lucky to have the love of my family and friends, including my co-parent, Jen, who has supported me and cared for our kids as I've done the work I set out to do."

"Who wouldn't want to be with you?" That's how Howard Stern broached the subject of Scarlett Johansson's single status in the wake of her split from Romain Dauriac during a sit-down on his show this week (via the Daily Mail). "I mean, there's an a– for every seat," she cracked. "Honestly, I'm like somebody who likes Gordon Ramsay, Or Anthony Bourdain. There's a running theme." Gordon, Scarlett added, "is the hottest guy in the world right now." Alas, he's also happily married. Despite her crushes, the actress admitted dating isn't a focus these days. "I'm on guard because I have a young daughter. That's something I'm more concerned about," she said. Scarlett and her ex are reportedly struggling to agree on the terms of their daughter's custody; Romain reportedly wants to move the 3-year-old to France with him, while Scarlett wants to share custody.

Ryan Gosling was nervous about working with Harrison Ford

Ryan Gosling is neither a professional singer nor a professional dancer but that didn't stop him from setting aside any fears he may have had about being in a musical and wowing the Academy with his performance in "La La Land." Less than a year later, he stars in his first film with Harrison Ford — "Blade Runner 20149." As he told E! News this week, it wasn't exactly a piece of cake for the longtime fan of the original film. Asked if it was "more nerve-rakcing" to shoot a musical or a scene with Harrison, he wasted no time. "I think the latter. [Ford] is just the best as a guy, as an actor in every way. He's such a part of my childhood and he was so great how he showed up to set, just rolled up his sleeves and got to work. He was the best partner, collaborator you could have," he said. "They created such a legacy with this film. Time has proven its specialness. So obviously we wanted to do right by him and by the original." Ryan also refused to accept that Harrison punched him by accident at one point on set. "Or I leaned into it," he joked about his co-star's fist. "There's a strong chance that that's what happened. You don't want to mess with Harrison Ford."

Yes, please. Ryan Murphy recently announced the seventh season of "American Horror Story" will center around a creepy election (go figure) and if Donald Trump is a character in the series, Sarah Paulson would like to take the role. "Why not?" she asked The Hollywood Reporter over the weekend at PaleyFest. "That's an acting challenge to be sure." (If Ryan's not feeling the idea, he could always fall back on Cuba Gooding Jr., whose approval rating among women who don't like being grabbed may be on par with the President's after Cuba's skirt-lifting contro.) Describing the premise for the new season, Ryan told THR: "'American Horror Story' is going to be about the election that we just went through. And what I'm interested in doing is not just the obvious, single-minded point of view but rather express all sides of that equation. And then all of the stuff that I'm developing now is going to be about illuminating and highlighting people who don't have a voice in our culture — people who are ignored by the current administration and who are afraid and feel terrorized that their lives are going to be taken away."

RELATED: 'Feud: Bette and Joan:' Everything you need to know about the cast and real-life players

Don't tell Kylie Jenner, but Instagram started bumming some folks out when it went the way of other social media platforms and became one big networking and promotion app. Speaking to the Associated Press this week, Milo Ventimiglia explained why he quit IG four years ago. "It started as a place [for] a collective group of photographers and artists to share their work, and their lives. And at a certain point — after doing it for three years — I saw it change," he said (via Us Weekly). "Nobody was looking at the photos. They were asking me about my acting jobs. And I kinda went, 'Oh, man.' It felt like it lost what I'd grown to love about it as a photographer," the "This Is Us" star continued. "I realized, 'Wow, this capsule is done.' I just finished it. And I don't need to open it back up to promote the work or anything. I felt like an artist who had a series and he just finished."

The Aliance for Women in Media set to recognize America Ferrera, Drew Barrymore and more celebs at Gracie Awards

Honorees for the 42nd annual Gracie Awards were announced this week and a number of influential voices in Hollywood are among them. America Ferrera, Drew Barrymore, Samantha Bee, Mariska Hargitay and Savannah Guthrie are slated to receive awards for "their outstanding achievements across new and traditional media platforms," and their "work to create equal opportunity for future generations" according to a statement from the Alliance for Women in Media Foundation. The honorees will be recognized at a gala on June 6; proceeds from the event, which will highlight discussions about immigration, reproductive rights, race relations and women in the workforce, will support the organization's educational programs and scholarships.

Cher dishes on David Letterman feud from the '80s

Cher took a trip down "Late Show" memory lane at her concert in Maryland this past weekend. According to the Daily Mail, the singer rehashed her famous feud with David Letterman — and revealed why she finally agreed to go on the show after years of declining his invitations. I had a $28,000 hotel bill and Dave Letterman had always asked me to be on his show. And I said, "Yes, if you have $28,000." But they said no," she recalled. "Then they called back and said yes!' she continued. The producers said, 'Why did you never want to be on the show before this?' And I said, 'Because [Letterman] is very smart and funny but he can be so cruel if he doesn't like the people.'" When she finally appeared on the show, she made things tense almost immediately, asking Dave, "is that all there is?" after he asked her about her perfume. "If you think this show will cover that hotel bill, you were sadly misled," he retorted. "Then when he asks me [on the show] why I wouldn't go on, I say, 'Because you're an a——," she told the audience at her concert. The two eventually became friends, though. "For a number of years, there's something that I've always wanted to get straight between us," she told him in an appearance on the show shortly before he retired. "This is one thing that I really mean from the bottom of my heart, I'm not kidding, no bull—- I really love you and I'm going to miss you." They hugged, Dave said she was "sweet," and she said, "Yes. And you're still an a——."

Is Corey Gamble "enabling" poor diet and exercise habits for Kris Jenner? Eh, not so much. GossipCop nixed a report from InTouch claiming Kris and Corey are "arguing nonstop over" his alleged enabling behaior, which the tab claims has caused Kris to gain 50 pounds. "She hates feeling fat. She knows she needs to get her act together," a source allegedly told the tab. According to GossipCop, neither the weight gain nor the arguing details have any merit. 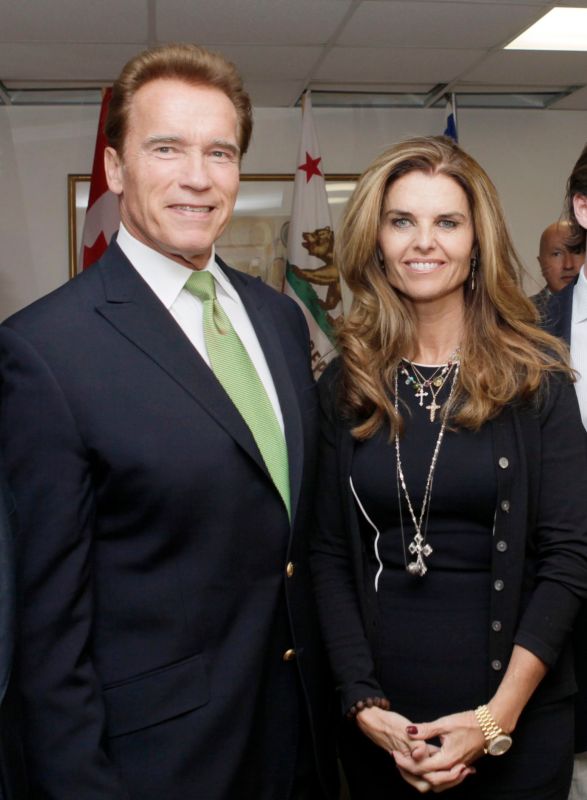