Who's hosting the 2020 MTV Video Music Awards? None other than Keke Palmer! In celebration of the actress emceeing the first major award show in New York City amidst the coronavirus pandemic on Aug. 30, Wonderwall.com it taking a look at some things you might not know (but should!) about Keke. Keep reading for more…

She made her feature film debut in 2004's "Barbershop 2: Back in Business"

Keke Palmer has been in the entertainment industry for nearly two decades. At just 10, she made her feature film debut in the 2004 sequel "Barbershop 2: Back in Business." She played the niece of Queen Latifah's character, Gina Norris.

She starred as "Cinderella" on Broadway

Keke Palmer has not only appeared on the big and small screens… she's also performed on the Broadway stage! In September 2014, Keke — who was 21 at the time — landed the titular role in "Cinderella" on Broadway, becoming the first Black woman to play the beloved princess. "I don't really celebrate," she told Vanity Fair upon finding out she'd scored the starring role. "And besides, I still don't believe it is real!" She played Cinderella from Sept. 9, 2014, through the production's closing night on Jan. 4, 2015.

RELATED: 34 iconic photos from the first MTV VMAs in 1984

In June 2020, a video circulated showing Keke Palmer urging members of the National Guard to march with Black Lives Matter protesters as a sign of solidarity. "March beside us. Let the revolution be televised, march beside us and show us that you're here for us," she's seen telling a soldier in the clip, which was all over social media. "It's so powerful for me because I've been through it," she told Cosmopolitan of experiencing racism in America. "I know what it feels like to be hated for your skin. It's so silly and it's so stupid, but it's so cruel. I know what it feels like when somebody is racist toward you, and you literally go to a sunken place, you can't speak. It's so hard to explain if you've never felt it, but I know you have. It hurts. And we get so strong that sometimes it's like we don't even realize it, because we've been carrying the weight of it for so long."

She released her debut album at 13

Sept. 18, 2007, marked the release of Keke Palmer's debut studio album, "So Uncool." The album, which included singles "Footworkin'" and "Keep It Movin," marked a then-13-year-old Keke's first foray into the music industry. During an interview with the Associated Press, Keke shared the meaning behind her album title. "Being different — some people may think that you're so uncool, but at the same time that makes you cool because you're just being yourself," she explained. "So the whole thing with the name is just [about] being you, being different. That describes me — so I named it 'So Uncool.'"

The proud Virgo, who was born on Aug. 26, 1993, is a fan of astrology. In 2020, Keke Palmer released the single "Virgo Tendencies," which is off her forthcoming EP, "Virgo Tendencies: Part 1." While chatting with Seth Meyers on his late night show, the actress-singer dubbed herself "typically millennial" for her love of astrology. "I'm not crazy about horoscopes. This is the thing: Everything is your choice in life. You choose the end game," she further told Marie Claire. "People assume if you're into astrology, you'd also be into, like, getting your palm read or your future told. I'm not interested in any of that stuff. I have control of my future."

She made history as the youngest talk show host on television

In 2014, Keke Palmer made history as the youngest talk show host in television history. "Just Keke" aired 20 episodes over four weeks from June 30, 2014, to July 25, 2014. The young star interviewed a series of guests including Fifth Harmony, Lil Mama and "Insecure" star Jay Ellis.

Beloved actress, singer, talk show host… and author! 2016 marked the release of Keke Palmer's memoir, "I Don't Belong to You: Quiet the Noise and Find Your Voice," which candidly chronicles the highs and lows of her career. "The book is not saying, 'I've been there, I've done it, I know.' It's like, 'Guess what, you never know," she told Cosmopolitan. "If you grow up in the industry, it forces you to be agreeable at all times." She continued, "When it came to saying, 'I'm tired and I want to figure out how to balance my life better,' 'I feel lonely, 'I'm afraid of my stardom' — those things I could not say… It's OK to say how you feel."

Her breakout role was on a Nickelodeon show

Keke Palmer landed a starring role on the Nickelodeon teen sitcom "True Jackson, VP," a show about a 15-year-old New Yorker who's hired as the vice president of a youth apparel line. For the series, which ran from 2008 to 2011, Keke also recorded the theme song, "Change It Up." The young actress, who was paid $20,000 per episode (making her the fourth highest paid child star in television at the time), also earned four NAACP Image Awards for outstanding performance in a youth/children's program for her work on the show.

She was nominated for a Daytime Emmy Award

After occasionally appearing as a co-host on the third hour of "Good Morning America," which was dubbed "Strahan and Sara" (after co-stars Michael Strahan and Sara Haines), in August 2019, Keke Palmer was announced as a regular. The hour was renamed "Strahan, Sara and Keke" and it ran until it was canceled due to the coronavirus pandemic in August 2020. "I knew if our show did come back, it would have to be much, much, much later, because our show is really about an audience," she told Andy Cohen on "Watch What Happens Live." She continued, "We do a little bit of news, but it's entertainment news. It's fun conversations and lightheartedness, and we're in a different time now. Some of the conversation has changed, and that pushed 'Strahan, Sara and Keke' out. So I expected it." For her work on the show, Keke and her fellow co-hosts earned a 2020 Daytime Emmy Award nomination for outstanding entertainment talk show host.

She starred in one of the biggest movies of 2019

In 2019, Keke Palmer starred alongside Constance Wu, Jennifer Lopez, Julia Stiles, Lili Reinhart, Cardi B and Lizzo in the crime drama "Hustlers." The film, which focuses on a group of New York City strippers who take money from businessmen who visit their club, was well-received by critics and turned into a major box office hit: "Hustlers" earned $157.6 million on a $20.7 million budget.

She has spoken openly about mental health

In an effort to raise awareness surrounding mental health, Keke Palmer has been known to speak candidly about her personal struggles with anxiety and depression. "We all have our trials and errors with different things in our lives. Everything is not the end of the world. I realized, as I got older, I would love to have told myself that," she told Essence. Keke joined several celebrities like Kristen Bell, Mark Ruffalo and Michael Phelps in participating in Child Mind Institute's #MyYoungerSelf anti-stigma campaign in 2018 to inspire individuals to speak openly about their own mental health experiences. "Give yourself some time, be patient with yourself and you'll learn how to cope with these different things," Keke said to her younger self.

She starred on the hit FOX series "Scream Queens"

While Keke Palmer has certainly crafted an impressive list of credits since making her big and small screen debuts in 2004, among her most notable projects is the satirical slasher comedy series "Scream Queens." Co-created by Ryan Murphy, "Scream Queens" ran for two seasons from September 2015 to December 2016 and featured an ensemble cast that included Emma Roberts, Lea Michele, Glen Powell, Billie Lourd and Jamie Lee Curtis. Keke played Zayday Williams, a medical student and former co-president of the Kappa Kappa Tau sorority.

In May 2019, actress Busy Philipps took to Twitter to encourage women to come out with their stories of abortion with the hashtag #YouKnowMe in response to a proposed abortion ban in Alabama. Keke Palmer was among several celebrities who bravely shared their stories. "Making individual choices is not a betrayal to your faith," she wrote on Twitter. "Mainly, because God knows your heart and your journey. God never judges. I hate that it's always a this vs that, instead of an 'I understand YOUR PERSPECTIVE.'"

She created a TikTok account for her viral alter ego

Keke Palmer has been known to post viral comedic bits on her social media accounts, and the actress took her online presence one step further by giving her alter ego a platform of her own. She created an account on the video-sharing app TikTok called @southerbelleinsults, which is dedicated to serving some seriously savage Southern belle insults. All videos revolve around Keke's shady alter ego, Lady Miss Jacqueline, a wealthy Southern socialite. With 125,100 followers and counting, the account has proven to be a hit with Keke fans!

Her parents were also professional actors

Like mother (and father), like daughter! Keke Palmer's parents, Sharon (pictured) and Larry, are no strangers to the arts — in fact, they met in drama school and were both actors before settling into different occupations. In an effort to land more acting jobs, Keke ended up convincing her parents to move the family from Illinois to Los Angeles for her career — and lucky for her, they complied! "It wasn't just her wanting to do it. It was that, along with so many other people in the business telling me," Sharon told USA Today.

Her favorite candy is Tooty Frooties

Adorable! While chatting with Ro James on SiriusXM's "Heart & Soul and Silk" on Feb. 14, 2020, Keke Palmer revealed her favorite candy while recalling her best Valentine's Day. "To be honest, I don't really think I've had that many good Valentine's Days," she admitted. "The furthest back I'd have to go is like, 14 when the guy got me roses, a teddy bear and Tooty Frooties because that's my favorite candy." 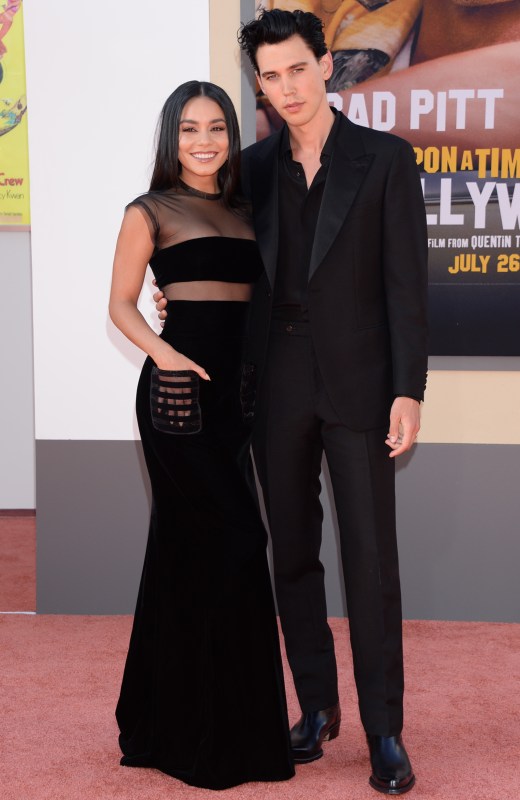