Newly single Scarlett Johansson had a special man on her arm at the Oscars — her agent. The "Avengers" star, who recently split from her husband, Romain Dauriac, brought CAA theater department head Joe Machota to the ceremony, according to the New York Post. Scarlett and Joe have worked together for years. They also attended the Oscars together once before in 2011.

On the heels of their Best Picture Oscar win, the stars of "Moonlight" have another reason to celebrate: their first fashion campaign. Ashton Sanders, Trevante Rhodes and Alex Hibbert, all of whom play the lead role of Chiron at different stages in his life, plus Oscar winner Mahershala Ali, appear in new ads for Calvin Klein's Spring 2017 line. "It's an acknowledgment of remarkable actors who are revealing something important of being a man today in what they do," said creative director Raf Simons in a statement published by Bazaar. The photos were shot by Willy Vanderperre in Los Angeles last month.

RELATED: The buzziest moments from the 2017 Academy Awards

The feud between Meryl Streep and Karl Lagerfeld is apparently still on despite the Chanel designer's statement of apology to the actress. Tensions between the two began after Karl told WWD (via Celebitchy) his team had begun work on a dress for Meryl for the Oscars when her rep contacted the label to say, "Don't continue the dress. We found somebody who will pay us." Chanel does not pay anyone to wear its clothing, including Meryl Streep. "A genius actress, but cheapness also, no?" Karl said. Meryl, however, said she never demanded payment and that Chanel was aware her team was talking to other designers about a dress for the ceremony. Karl then apologized. "After an informal conversation, I misunderstood that Ms. Streep may have chosen another designer due to remuneration, which Ms. Streep's team has confirmed is not the case," he said in a statement. "I regret this controversy and wish Ms. Streep well with her 20th Academy Award nomination." Meryl then came back with following reaction to the apology: "In reference to Mr. Lagerfeld's 'statement,' there is no 'controversy': Karl Lagerfeld, a prominent designer, defamed me, my stylist and the illustrious designer whose dress I chose to wear, in an important industry publication. That publication printed this defamation, unchecked. Subsequently, the story was picked up globally, and continues, globally, to overwhelm my appearance at the Oscars, on the occasion of my record-breaking 20th nomination, and to eclipse this honor in the eyes of the media, my colleagues and the audience. I do not take this lightly, and Mr. Lagerfeld's generic 'statement' of regret for this 'controversy' was not an apology. He lied, they printed the lie, and I am still waiting." She ultimately wore a blue Elie Saab Couture gown to the Oscars.

Tears were flowing freely at the Oscars during Viola Davis' acceptance speech for Best Supporting Actress for her performance in "Fences," but Viola wasn't feeling sad or overwhelmed at all. "I felt like a princess," she told E! News after the awards. "I never feel like a princess you know except for my husband [Julius Tennan] when I got married I felt like a princess. It was just you know a culmination of dreaming big and your dreams being bigger than your circumstances." She added, "I really wanted to honor August Wilson because what he wrote about was so universal and so specific. I wanted to honor him in whatever I said, and honor you know just the beauty of being an artist."

Amanda Bynes is off probation

Things are looking up for Amanda Bynes. After being put on probation following a 2014 DUI charge, Amanda is officially off the hook, her rep tells TMZ. The probation came with mandatory alcohol education classes, which she's presumably finished since entering a no-contest plea in three years ago. Amanda, 30, is currently attending the Fashion Institute of Design and Merchandising and plans to debut a clothing line later this year.

"America's Got Talent" judge Howie Mandel is desperate for Nick Cannon to return to the show after he announced he was quitting due to the network's reaction to a stand-up joke he made. "Please, Nick, come back," he told a TMZ video camera this week. "I want him back, right now it's his court … I think it's up to him, if you want to come back, open arms buddy," he continued, adding "I love him" and "I think he's underrated." NBC executives were rumored to have considered firing Nick after he joked that the network took away his black "card" by casting him on "America's Got Talent."

Bill Cosby gets a new jury pool in upcoming trial

After an unsuccessful bid to move Bill Cosby's trial out of Norristown, Pennsylvania, the comedian's lawyers scored a small win when a judge agreed to bring a new jury pool to Montgomery County from one of two nearby counties for the trial on June 5. "They [media reports and pretrial publicity] have in fact demonized this man and thereby tainted the jury pool of Montgomery County," defense lawyer Brian McMonagle tells the New York Post. "I do not believe there is any place anywhere in this country now where he can receive a fair trial. I hope I'm wrong." The former "Cosby Show" star is on trial for allegations he drugged and molested a woman at his home in 2004. The woman represents one of more than 50 who have accused him of similar sexual misconduct.

Over the weekend, Donald Trump announced he plans to skip the White House Correspondents Dinner, making him the first president in 30 years to do so. He was widely criticized for the decision, especially in Hollywood, where celebs lambasted and poked fun at Trump. "Does this mean the parties are back on?" asked Zach Braff before tweeting, "@AlecBaldwin time to suit up" (via GossopCop). Don Cheadle joked "Winner winner, chicken dinner …," while Kathy Griffin tweeted, "Shhhh. This is r big chance! We sneak in #Obama & #Hillary, tell Trump he's 'president of United States of Mar-a-Lago' & #resist #Indivisible." Jessica Chastain pointed out that the dinner is a charity event. "#WHCD raises money for scholarships for young journalists," she tweeted, "just as it has every year since 1921 #FreedomOfThePress #NoPropagandaPress."

Patricia Arquette sounds off on Oscars In Memoriam snub

Among those left out of this year's in memoriam tribute at the Oscars was Alexis Arquette and for her sister, Patricia Arquette, the issue was political as well as personal."I'm really bummed," she told Vanity Fair (via GossipCop). "For the In Memoriam, they left out our sister Alexis, and she was trans. We're living in a time right now where trans kids can't even go to the bathroom in schools and they're diminished in society. It's really unfortunate that the Oscars decided they couldn't show a trans person who was such an important person in this community. Because [for] trans kids, it could have meant a lot to them."

Ashley Tisdale is not pregnant, despite reports

After Ashley Tisdale and her husband attended Elton John's party after the Oscars, chatter suggesting she was pregnant began in earnest on social media. Ashley apparently caught wind of the rumors and jumped on Twitter to clarify that she's not expecting. "The pressure to being perfect is a struggle," she tweeted, according to GossipCop. "No im not pregnant, I'm just happy and haven't been strict on my diet but thanks for the reminder." 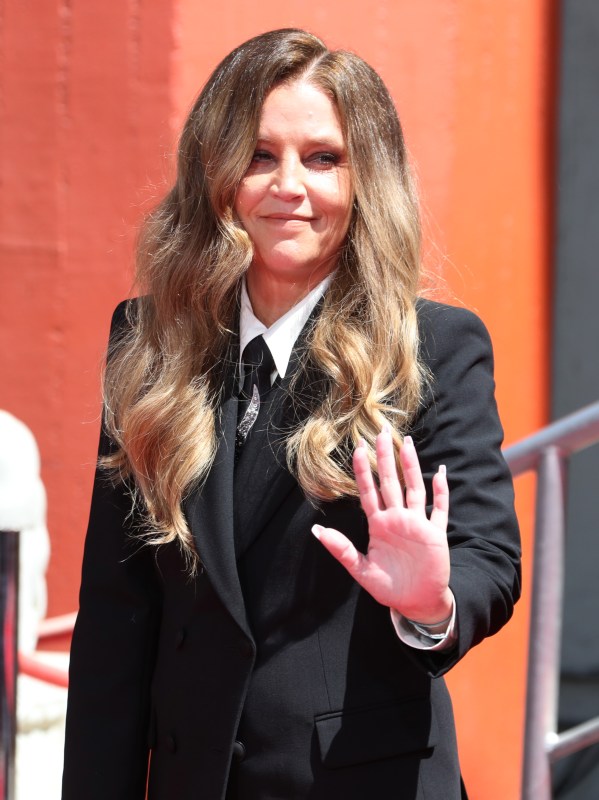