It's that time of year again! With the holidays right around the corner, Wonderwall.com is taking a look at our favorite holiday movies and TV episodes! First up, we have the 1994 remake of "Miracle on 34th Street" starring Richard Attenborough and Mara Wilson. In the movie, a lawyer and his daughter must prove that Santa Claus is real. This classic holiday film never gets old! Keep reading to see the other movies and TV episodes that made our list…

RELATED: Celebs out and about: 2019 holidays edition

Next up? The classic "Love Actually." The film follows eight London couples with different love stories in the month before Christmas. Colin Firth, Hugh Grant, Liam Neeson, Emma Thompson and Keira Knightley are all a part of this star-studded cast. The film will also forever change the way you look at the airport arrivals area. At a time when you're with your loved ones, it's incredibly heartwarming to watch the film's British prime minister, played by Hugh, say, "It seems to me that love is everywhere." Thanks to this movie, you won't forget that "love is all around."

Who doesn't love a good office Christmas party? In 2005, NBC's "The Office" had a fun one on which bumbling boss Michael Scott, played by Steve Carell, broke corporate policy to buy alcohol for his staff. As seen in this photo, Ed Helms, Rainn Wilson and John Krasinski's characters decorated the tree with some Christmas spirit.

RELATED: The biggest TV stories of 2019

Jude Law, Cameron Diaz, Kate Winslet and Jack Black starred in "The Holiday," a film about unexpected love during the holiday season. Thanks to HomeExchange.com, American Amanda, played by Cameron, and Brit Iris, played by Kate, swap houses for Christmas. They both get their "holiday" and find love in the process. Talk about a win-win. This film is one of those movies that will make you feel better about life and love at the same time.

When you need some holiday cheer, "A Charlie Brown Christmas" is the animated film to watch. Charlie Brown had the Yuletide blues and picked out a sad tree, but the true meaning of Christmas was not lost!

The "I Won't Be Home For Christmas" episode of "The Simpsons" left us feeling sorry for Homer Simpson and even more appreciative of family time. His wife, Marge Simpson, wanted him to leave work on time so he could celebrate Christmas with the family. But after a series of unfortunate events, Homer did not make it home on time — but throughout the night, he gained a better understanding how Christmas without his family just isn't Christmas at all.

"How The Grinch Stole Christmas" by Dr. Seuss is one of the most classic Christmas tales ever. When Jim Carrey played the Grinch in the 2000 film based on the book, he shined in the role and made the whole story come to life.

"Friends" has one of the best holiday episodes ever: "The One with the Holiday Armadillo" was about the time that Ross Geller, played by David Schwimmer, tried to introduce son Ben, played by Cole Sprouse, to Hanukkah while still embracing Christmas. It's too late to rent a Santa suit so Ross gets stuck with an armadillo costume, leading him to invent Santa's friend: the Holiday Armadillo. His buddy Chandler Bing later shows up wearing a Santa suit, stealing some of Ross's thunder.

There have been sequels since, but they're not as special as the original movie in the franchise, 1994's "The Santa Clause" starring Tim Allen. After Tim's character, Scott Calvin, kills Santa, he takes on the role and wears that red suit like he belonged in it all along.

Our families seemed a whole lot more normal after we saw the "30 Rock" episode "Ludachristmas." When Tina Fey's Liz Lemon brings Alec Baldwin's Jack Donaghy home to meet her family on Christmas, he soon realizes that they're not as perfect as he thought. The Lemons (played by Anita Gillette, Buck Henry and Andy Richter) arguing on Christmas was a little too real!

In the heartwarming comedy "Elf," Will Ferrell plays the tall elf, Buddy, who leaves the North Pole to search for his dad in New York City. Buddy the Elf is one of Will's most memorable characters ever — and this movie is one of his funniest!

It's "Festivus for the rest of us." On the "Seinfeld" episode titled "The Strike," Frank Costanza (played by Jerry Stiller) invented a holiday: Festivus. In this photo, he's talking about it with his son, George Costanza (played by Jason Alexander) and George's boss, Mr. Kruger (played by Daniel von Bargen). The holiday is one that is all-inclusive and celebrated on Dec. 23. When Kramer, played by Michael Richards, does not get time off to celebrate the holiday, he goes on strike.

The Muppets had their own version of the classic tale "A Christmas Carol" with Ebenezer Scrooge. Michael Caine was a very believable Scrooge, and Kermit and Miss Piggy played Bob and Emily Cratchit, making this movie one that you just can't forget. It came out in 1992 and it's now a classic!

The combination of Arnold Schwarzenegger and Sinbad was hilarious in "Jingle All the Way." Arnold played a father, Howard Langston, who just wanted to buy his son the most desirable toy, Turbo Man, for Christmas. Sinbad played Myron Larabee, who also needed the toy for his son. When every store is sold out, they both go to great lengths to try to get the toy and make Christmas special for their kids.

Faith was restored on "Scrubs" in the "My Own Personal Jesus" episode. A Christmas miracle happened when Zach Braff's character, J.D., saw a patient wake up from a coma just as he was about to deliver some really bad news to the patient's family.

Lauded as an updated "Love Actually" for teens, Netflix's "Let It Snow" brought holiday cheer to 2019. The flick features multiple storylines centered around teenage love and friendship, including a sweet tale that centers on Isabela Moner and Shameik Moore's characters — seen here sledding — that took place in a small Midwestern town during a Christmas Eve snowstorm.

"National Lampoon's Christmas Vacation" is hands down one of the most hilarious holiday films of all time. Chevy Chase's character, Clark Griswold, just wants his family to have the best Christmas ever, but everything goes wrong for the Griswolds, as usual. No matter how many times we've seen this film, we always manage to laugh as if it's the first time.

"The O.C." taught us the importance of blending holiday traditions. Adam Brody's character, Seth Cohen — who has a Jewish father and a Christian mother — almost canceled his traditional "Chrismukkah" party due to drama. But we were relieved by the show's end when he celebrated the blending of Hanukkah and Christmas with eggnog, latkes and a Chrismukkah hymn.

There's no doubt that "Home Alone" was a classic. But we have to say that we're bigger fans of the second film, "Home Alone 2: Lost in New York," which starred a young Macaulay Culkin as Kevin McCallister, a kid who gets lost in New York City and enjoys a high-quality vacation at The Plaza. Plus, "Home Alone 2" has one of the most iconic holiday scenes of giving: When Kevin gives the "pigeon lady" a turtle dove, her heart melts — and so does ours every time we see it.

Billy Bob Thornton, Bernie Mac, Brett Kelly and Tony Cox starred in "Bad Santa" which, when it comes to Christmas movies, is really, really good! In fact, it was so good that they made a sequel with Kathy Bates in 2016. The original film centered around Billy Bob's character, Willie, a con man who teams up with Tony's character, Marcus, to pose as Santa and his elf so they can rob department stores on Christmas Eve. This holiday film is also special because the mall's manager is played by the late John Ritter in what would be his final film role.

"It's a Wonderful Life" might be the most overplayed holiday movie, but with good reason. The 1946 classic starred an angel (Donna Reed) who helped businessman George Bailey, (James Stewart) see what life would be like without him in it. More than 70 years after its release, we are still impressed. 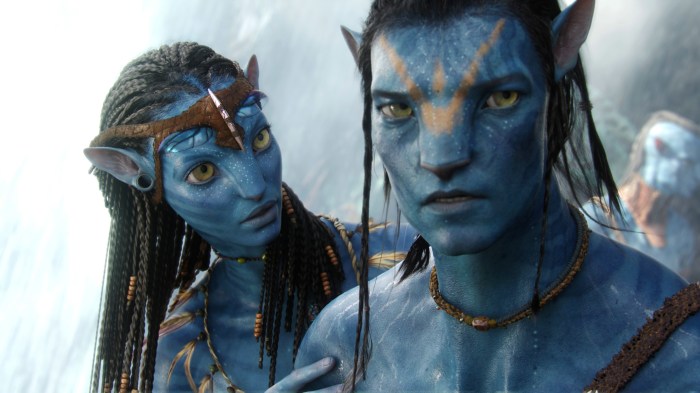 Up Next 2000s moneymakers