As we eagerly anticipate the release of the next "Mission: Impossible" installment, we're wondering what the tough and lovely ladies from the first five films in the action franchise are up to today. In honor of "Mission: Impossible – Fallout" hitting theaters on July 27, 2018, keep reading to see Ethan Hunt's female counterparts then and now!

RELATED: "Mamma Mia" cast: How their lives have changed

RELATED: "New Girl" cast: How their lives have changed

Emmanuelle Béart was a star in her native France prior to appearing in 1996's "Mission: Impossible" and returned to the French film world afterward. She's had continued success back home since "M:I1" and even picked up a nomination at the Cesar Awards (France's Oscars) in 2002 for her work in the film "Sentimental Destinies." Most recently, after appearing in dozens of small and foreign films, she was seen in 2017's "Beyond the Known World." Emmanuelle, who was already a mother to daughter Nelly with her first husband when "Mission: Impossible" came out, welcomed son Johan the same year the action film was released and adopted a second son, Surifel, from Ethiopia in the late aughts with actor Michaël Cohen, from whom she split in 2011.

RELATED: "Pitch Perfect" cast: How their lives have changed

Thandie Newton's career has taken off since her time as Nyah, and she's enjoyed a huge resurgence over the last few years. Right after "Mission: Impossible 2," she starred in films like 2004's "The Chronicles of Riddick" and "Crash" before signing on to "ER" in 2003 for a six-year stint as recurring character Makemba "Kem" Likasu. Next up were some forgettable television shows before she came back with a vengeance on HBO's hit series "Westworld" in 2016. She followed that up with a role in the "Star Wars" franchise, playing Val in "Solo: A Star Wars Story," in 2018. Thandie's been married to British writer-director Ol Parker — with whom she shares daughters Ripley (born in 2000) and Nico (born in 2004) and son Booker (born in 2014) — since 1998.

Michelle Monaghan played Ethan's fiancee Julia — a doctor who was oblivious to his day job — in 2006's "Mission: Impossible III."

In the 12 years between her first and latest "M:I" films — Michelle Monaghan rejoined the franchise for 2018's "Mission: Impossible – Fallout" — she's had a busy, varied career in Hollywood. There were memorable roles in 2007's "Gone Baby Gone" and 2008's "Made of Honor." She came back for 2011's "Mission: Impossible – Ghost Protocol," then played Maggie on HBO's hit series "True Detective" in 2014 and starred in the Nicholas Sparks film "The Best of Me" that same year. She also joined the popular Hulu series "The Path" in 2016. Michelle, who married graphic artist Peter White in 2005, welcomed daughter Willow in 2008 and son Tommy in 2013.

Since 2006, Maggie Q has taken on more action roles, like in 2007's "Live Free or Die Hard" and 2010's "The King of Fighters." She starred as the titular character on TV's "Nikita" from 2010 until 2013 and joined the popular "Divergent" franchise as Tori in 2014. Most recently, she's starred on ABC's "Designated Survivor." As for her personal life, Maggie has been engaged to "Stalker" co-star Dylan McDermott since 2015.

After "Mission: Impossible III," Keri Russell returned to her TV roots for the show "Running Wilde" in 2010, but it wouldn't be until 2013 that the "Felicity" alum would land another hit show — the critically lauded "The Americans." She scored best actress Emmy nods for her work on the drama in 2016, 2017 and 2018. Next up for the star? A role in "Star Wars: Episode IX." These days, Keri is also a busy mom of three. She shares son River (born in 2007) and daughter Willa (born in 2011) with ex-husband Shane Deary and has son Sam (born in 2016) with boyfriend Matthew Rhys, her "The Americans" co-star.

Since her time co-starring with Tom Cruise, Paula Patton has appeared in a string of very differnt films, from the 2013 romantic comedy "Baggage Claim" to the action flick "2 Guns" with Denzel Washington and Mark Wahlberg that same year to the fantasy flick "Warcraft" in 2016. In 2014, Paula split from husband Robin Thicke, with whom she shares son Julian, who was born in 2010.

Lea Seydoux also played a part in "Mission Impossible – Ghost Protocol" in 2011. She took on the role of assassin Sabine Moreau.

After starring in the Hollywood blockbuster, Lea Seydoux headed back to her homeland and worked in French film. She picked up a nomination at the Cesar Awards in 2013 for her work in "Farewell, My Queen" and the same year, her movie "Blue is the Warmest Colour" won the Palme d'Or at the Cannes Film Festival. That performance also netted her another Cesar Award nomination and a BAFTA Rising Star Award nod. Next up, she plays the title character in "Zoe" opposite Ewan McGregor and Theo James. As for her personal life, Lea welcomed son Georges with boyfriend Andre Meyer in January 2017.

Rebecca Ferguson has done some great work since the fifth "Mission: Impossible" movie came out in 2015. She followed up the action flick by working alongside Meryl Streep in "Florence Foster Jenkins" in 2016 and had a role in the hit drama "The Girl on the Train" that same year. 2017 saw her busy in "The Greatest Showman" and "The Snowman." She plays Ilsa Faust again in 2018's "Mission: Impossible – Fallout." Rebecca welcomed her second child, a girl, in 2018, her rep confirmed in July. The baby joins Rebecca's firstborn, son Isaac, who arrived in 2007. 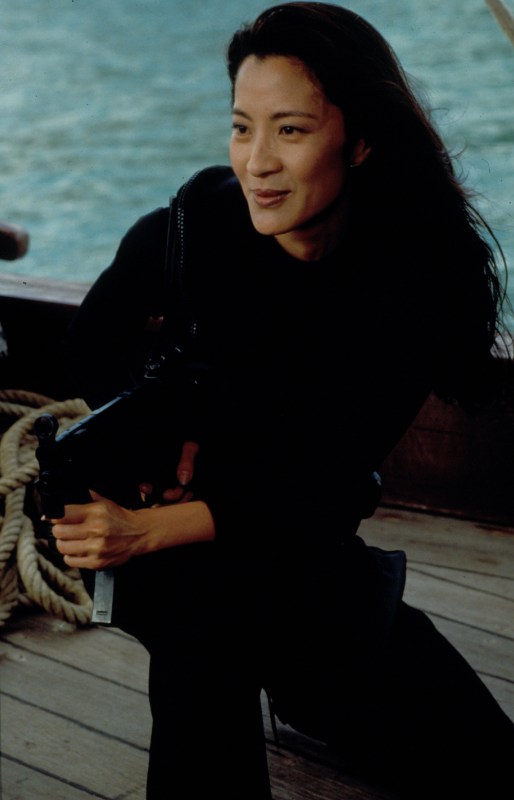 Cheating scandals of the year

Music star calls out husband for cheating while she's home with their 6-month-old baby, plus more celebrity cheating scandals of 2022

Caitlyn Jenner has a drink with Tristan Thompson, plus more funny celebrity photos for August 2022