If you're paying attention to music, then you'll know that these days, Hollywood's hottest DJs are making some of the biggest hits. They're also cashing some of the biggest checks in the industry. Many of electronic dance music's finest are up for awards at the 2018 Grammys on Jan. 28, 2018, so to celebrate, Wonderwall.com is taking a look at the top DJs working today to see just how much moolah they're raking in per show… starting with The Chainsmokers. The Grammy-nominated EDM/pop music duo made up of Drew Taggart and Alex Pall bolstered their annual earnings after taking home their first Grammy in 2017 (for "Don't Let Me Down" featuring Daya). The win helped them earn a cool $38 million in 2017, according to Forbes' Electronic Cash Kings list. On average, The Chainsmokers are believed to make somewhere around $200,000 per show. Want to see more examples of how lucrative it is to be a top DJ? Keep reading for more…

Forbes ranked Scottish DJ and record producer Calvin Harris in the top spot on its annual list of top-earning DJs again in 2017: For the fifth year in a row, he was the highest paid DJ in the world, this time with earnings of $48.5 million. He pulls in around $400,000 per night for his Las Vegas residency shows plus an estimated seven figures for his music festival slots. Calvin, who won a Grammy for his "We Found Love" music video with Rihanna in 2013, is nominated for producer of the year at the 2018 Grammys.

If you don't know the name Diplo, then chances are you're not paying attention to the gossip columns. The Mississippi-born DJ might be known for his work on Beyonce's "Lemonade" and collaborations with Justin Bieber, but he's also made headlines for dating Katy Perry and beefing with Taylor Swift's squad after he dissed her derriere. The two-time Grammy winner now pulls in an estimated $28.5 annually thanks in part to six-figure paydays for his live shows and an ongoing Las Vegas performance residency. Diplo famously told Vibe in 2012, "I make more money in a weekend than my grandpa made in a year."

RELATED: 16 things to know about Diplo

DJ Tiesto might need to put his wallet on a diet. The Dutch music maestro known for his remix of John Legend's "All of Me" (which won him a Grammy for best remixed recording in 2015) raked in an estimated $39 million in 2017. The guy works hard too: He performed 134 live shows last year, earning an average of $291,000 a pop.

Skrillex is a multifaceted music producer and DJ who's worked with some of the biggest names in the industry (like Ellie Goulding on "Summit" and Justin Bieber and Diplo on "Where Are Ü Now"). According to Forbes, the eight-time Grammy winner took in around $30 million in 2017. It's estimated that he charges somewhere in the ballpark of $200,000 for every performance.

In 2014, Steve Aoki was the fifth-highest paid DJ in the world, a title he's managed to hold on to through 2017. The two-time Grammy nominee, who's known for songs like "Born to Get Wild" featuring will.i.am as well as for throwing cakes (yes, cakes) at fans during his DJ gigs, reportedly pulled in $29.5 million in 2017 alone. Although he's definitely a member of the rich DJs club, he's rumored to earn less per show than some of his peers — an estimated $90,000 per night.

For a while it seemed like David Guetta was on everyone's albums. Known for his hit songs like "I Gotta Feeling" with the Black Eyed Peas and "Titanium" with Sia, the Paris-born two-time Grammy-winning DJ doesn't work cheap. In 2017, he earned an estimated $25 million and earned upwards of $250,000 per show.

New Orleans-born producer and music remix master DJ Khaled is all about hip hop. The two-time Grammy nominee has put his magic into hits like Rihanna's "Wild Thoughts" and Drake's "To the Max" (to name just a few). In 2017, Khaled earned an estimated $24 million. While we can't confirm how much the in-demand star earns for his DJ gigs, Forbes reports that his paydays are in the six-figure range… per night.

Mysterious DJ Marshmello (who some believe is actually American DJ Christian Comstock) might hide his face behind an adorable marshmallow mask when he spins, but his beats are unmistakable. Known for hit songs like "Silence" with Khalid, this playful DJ is climbing the pay ranks with net earnings of more than $22 million in 2017 thanks to his estimated fee of $200,000 per show. Be on the lookout for new Marshmello collaborations in 2018, including songs with Migos and Selena Gomez.

Dutch mixmaster Martin Garrix is the youngest DJ to earn the No. 1 spot on DJ Magazine's Top 100 DJs list (he did it in 2016 and again in 2017). The rising star beat out some of the biggest names in the industry for the honor! Known for songs like "Don't Look Down" featuring Usher and "Scared to be Lonely" with Dua Lipa, this talented DJ is making a pretty penny off his work. In 2017, he earned an estimated $19.5 million and performed 120 shows. For those wealthy enough to book Martin, they can expect to shell out upwards of $75,000 per night.

German-Russian DJ Zedd isn't just a talented musician and producer — he's also one of our favorite celebs to follow on Twitter. Whether he's waxing poetic about his love life or dropping philosophical musings, Zedd's proven he's more than meets the eye. Known for hit songs like "I Want You to Know" with ex Selena Gomez and "Break Free" with Ariana Grande, Zedd's become a baller in the music business, earning an estimated $19 million in 2017 while reportedly charging upwards of six figures for his live sets.

Rolling Stone once called American-born DJ Kaskade one of the 25 DJs to "rule the earth" and we can't help but agree. The six-time Grammy nominee, who's known for hit songs like "Only" and "Runaway" (both earned him Grammy nods), earned $19 million in 2016, according to Forbes, although Kaskade himself said that number was a little low compared to his actual earnings. He's believed to take home a staggering $100,000 per show.

Another Dutch DJ who's ruling the charts is Hardwell, who's collaborated with performers like Jay Sean on "Thinking About You" and Bright Lights for "Never Say Goodbye." As his popularity has grown, so has his paycheck. In 2017, he reportedly earned "double-digit millions," according to Forbes, and is believed to command upwards of $100,000 per set.

Canadian DJ Deadmau5 (pronounced "dead mouse") likes to perform wearing a frighteningly happy mouse mask, but don't let that scare you off. The talented six-time Grammy nominee, who's known for songs like "The Longest Road" and "Rope," shared in 2016 that he makes "anywhere from $400,000 to $1 million" per show, making his cash game as tight as his beats.

Belgian record producers and DJ duo Dimitri Vegas and Like Mike (who happen to be brothers in real life) reportedly earned upwards of $16 million in 2017. The pair, who collaborated with DJ Steve Aoki on the song "We Are Legend," are rumored to make around $50,000 per show.

Grammy-winning Dutch DJ Afrojack is known for having dated Paris Hilton and for crafting songs like "Look At Me Now" and "Revolver" (on which he collaborated with another famous DJ, David Guetta). In 2017, he reportedly earned $6.7 million with a good chunk of his income coming from his rumored $300,000-per-performance shows.

French music maestro DJ Snake is a hot commodity in the biz. The two-time Grammy nominee is known for songs like "Turn Down for What" featuring Lil Jon and "Born This Way" with Lady Gaga. While we aren't certain how much cash money DJ Snake made in 2017, Forbes reports it was "double-digit millions." He's believed to command an estimated $70,000 per show. 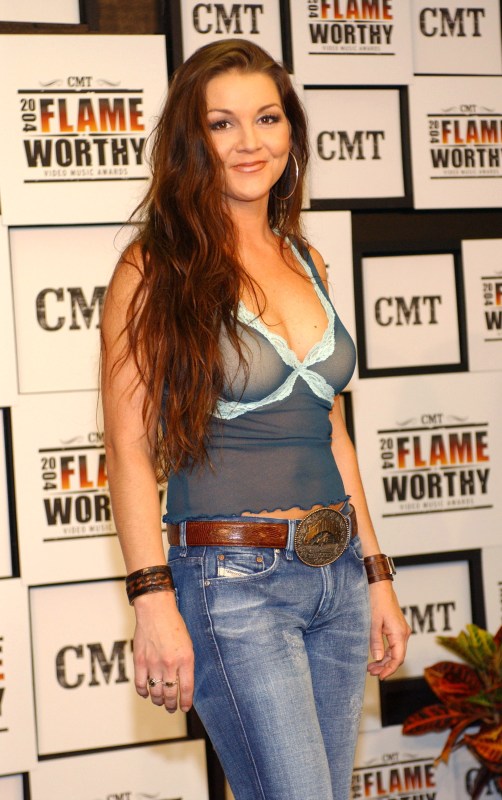