R. Kelly could soon be facing the wrath of the law. The disgraced R&B singer is being investigated by Georgia's Fulton County District Attorney for alleged sexual misconduct with young girls as well as false imprisonment, according to reports published on Jan. 8. The news of a criminal investigation came just days after "Surviving R. Kelly," an explosive six-part Lifetime documentary detailing his alleged behavior, hit airwaves.

Cardi B and Drake are poised to be major winners at the 2019 iHeartRadio Music Awards in March. Cardi leads the pack with 13 nominations, while Drake received an impressive eight, iHeartMedia and FOX announced on Jan. 9.

Michael Lang, the co-creator of the original 1969 Woodstock festival, will be hosting his own competing 50th anniversary celebration on Aug. 16-18, 2019. The concert organizer announced the news in The Poughkeepsie Journal on Jan. 9 just days after the Bethel Woods Center for the Arts announced a festival to commemorate the special occasion. "Others may try, but there will be only one official Woodstock 50th anniversary celebration," Michael's announcement read.

Sorry, Adele fans, but it looks like the British singer might be done touring for good. The star is voluntarily liquidating Remedy Touring LLP, the business where earnings from her tours were registered, according to a report in Britain's The Sun. Adele has previously spoken about her discomfort when it comes to hitting the road, calling the experience "peculiar" and sharing that it doesn't "suit me particularly well."

Dionne Warwick's $7 million lawsuit against the IRS has been suspended indefinitely, according to reports published on Jan. 4. A federal judge in New Jersey notified the singer that her case — which was originally set to go to trial in March — was on hold due to the current government shutdown.

Drake under fire for kissing, fondling underage girl on video

Drake is facing major backlash after a problematic video surfaced on Twitter showing him kissing and fondling a 17-year-old girl. In the years-old video, the Canadian rapper invites the girl on stage and fondles her breasts in between kisses before asking how old she is. After she replies that she's 17, Drake says, "I can't go to jail yet, man! Why do you look like that?! Well look, I had fun. I don't know whether I should feel guilty or not, but I had fun. I like the way your breasts feel against my chest. I just want to thank you." He then proceeds to kiss her again several times before she returns to her seat. The video emerged on social media just one day after "Surviving R. Kelly," which explores the R&B star's alleged misconduct with underage girls, debuted on Lifetime.

Beyonce shops at Target and the internet can't handle it

Beyonce ignited a social media frenzy when she was spotted shopping at a Los Angeles Target store on Jan. 7. A fan snapped and shared a pic on Twitter of the singer, who was rocking a fierce orange jumpsuit and white cat-eye sunglasses. 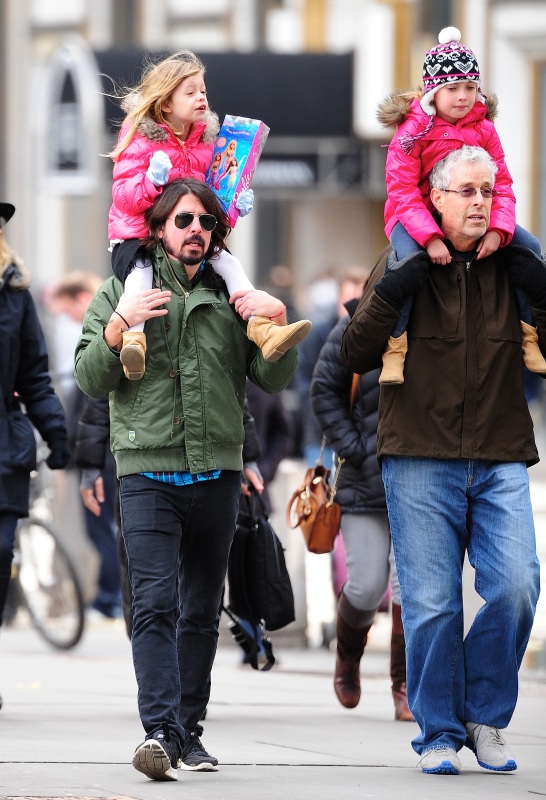