Wonderwall.com is revisiting some of our favorite musicians of yesteryear who've recently enjoyed some major comebacks. From Nelly Furtado to Michelle Branch, we're looking back at some of pop's old hitmakers and updating you on what they're up to now… starting with Nelly, whose new album drops on March 31, 2017. Here she is with her 2002 Grammy for Best Female Pop Vocal Performance for the hit song you could never stop singing, "I'm Like a Bird." Nelly transitioned from indie pop to hip-hop-infused chart beats in the early aughts with tracks such as "Say it Right," "Maneater" and "Promiscuous." Read on to see more throwback musicians who are still very much doing their thing!

Who can forget Michelle Branch's stellar hits from her early albums "The Spirit Room" and "Hotel Paper," like "Everywhere," "Are You Happy Now?" and "Breathe"?! Those songs, released more than 13 years ago, played steadily on our radios and iPods and still hold up. Michelle also recorded with country-pop duo The Wreckers from 2005 to 2007.

After years of record-label limbo, Michelle Branch is back! Michelle teamed up with Patrick Carney of the Black Keys (her boyfriend) to help produce new album "Hopeless Romantic," which is out on April 7, 2017.

The Backstreet Boys are the quintessential boy band of the '90s and man, do we miss those times! Brian Littrell, Kevin Richardson, AJ McLean, Nick Carter and Howie Dorough aka BSB sold 14 million copies of their first album, 1997's "Backstreet Boys." Our personal favorite singles include "Quit Playing Games (With My Heart)" and "I'll Never Break Your Heart." 1999's "Millennium" confirmed BSB as the reigning boy band, but the zeitgeist hoopla all came to an end around 2001 after they postponed their North American tour.

Backstreet's back! Now all in their late 30s and 40s, BSB have solidified their legendary status by launching "Backstreet Boys: Larger Than Life," a Las Vegas residency. The 20-song extravaganza, which debuted in March 2017 and broke records to become the fastest-selling residency in Sin City history, features the revival of older tunes as well as classic dances and videos.

Ashlee Simpson broke out of sister Jessica Simpson's shadow with 2004's "Autobiography" and its debut single "Pieces of Me." She then went on to drop her second album, 2005's "I Am Me," which was a bit more pop-punk with singles like "L.O.V.E." and "Boyfriend." 2008's "Bittersweet World" was her last album. Shortly after, Ashlee stepped out of the limelight for quite some time, focusing on her family.

A lot's changed since Ashlee Simpson's last foray into music. Ashlee is now a mother to son Bronx, 7 (with ex-husband Pete Wentz), and daughter Jagger, 1 (with new husband Evan Ross). And… wait for it… Ashlee will return to the music scene with a comeback album in 2017! A release date hasn't been set yet, but she's reportedly honing a new sound with some help from her husband (whose mom is music legend Diana Ross) that will be less pop-punk and more "soulful and fun." Can't wait!

Back in 2001, Vanessa Carlton released her big hit, "A Thousand Miles," and the world could not stop singing it. She garnered a Grammy nomination for the single and her debut album, "Be Not Nobody," followed. Her subsequent albums, 2004's "Harmonium" and 2007's "Heroes & Thieves," failed to match the commercial success of her first effort. Vanessa continued to work on music, but after a lengthy war over her musical independence with her record label, she faded out for a bit.

Vanessa Carlton — now a mother to daughter Sid, 2, and a wife to John McCauley of the indie-rock group Deer Tick — has been making waves in the indie scene the past few years. She rebranded herself, lost the machine-pop sound and reemerged with a bonafide ethereal indie vibe with 2001's "Rabbits on the Run" and 2015's "Liberman."

Kingston, Jamaica-born Sean Paul burst onto the music scene in the early aughts and gained fame with his second album, 2002's "Dutty Rock," which fueled the success of songs like "Gimme the Light" and "Get Busy." Sean's third album, "The Trinity," with hits like "We Be Burnin" and "Temperature," also got us grooving.

While Sean Paul hasn't necessarily stopped making music, the buzz around him has definitely died down. He did make a comeback on the U.S. Top 40 charts when he appeared on Sia's "Cheap Thrills" in 2016. Now, with a new album expected shortly — his first since 2014's "Full Frequency" — we can only hope that a new major hit is on the way!

British band Gorillaz — founded by Blur's Damon Albarn and comic book artist Jamie Hewlett — were huge in the early aughts! The band's self-titled 2001 debut album sold more than 7 million copies and earned them an entry in the Guinness Book of World Records as the Most Successful Virtual Band. Their second album, 2005's "Demon Days," was also a huge commercial success. The band's third studio album, 2010's "Plastic Beach," was the last we'd seen of Gorillaz until…

After a seven-year hiatus, Gorillaz is back! On March 23, 2017, Gorillaz announced via Instagram that its new album will be titled "Humanz" and is scheduled for release on April 28.

Christina Aguilera's "Genie in a Bottle" made her a musical sensation in 1999. Xtina's self-titled debut album, which featured hits like "Come on Over" and "What a Girl Wants," helped her take home the Best New Artist Grammy in 2000. Christina has not stopped making music and has risen to incredible heights in her career, but her days of being the ruling princess of pop arguably ended after her fourth album, 2002's "Stripped."

In recent years, Christina Aguilera has focused on serving as a coach on "The Voice" for six seasons. She was also featured on Maroon 5's single "Moves like Jagger," which topped the Billboard Hot 100. But new music is also in the works for Xtina! At a recent one-off concert in Los Cabos, Mexico, the singer rounded off her set by shouting: "New album in 2017!" We're patiently waiting…

Sean "Diddy" Combs has had a long and storied career. He founded his label, Bad Boy Entertainment, in 1993. His 1997 debut album, "No Way Out," has been certified seven-times platinum. Using an evolving set of stage names including Puff Daddy, Puffy, P. Diddy and Diddy, he went on to make more music, launch the MTV show "Making the Band" and create the clothing lines Sean John and Sean by Sean Combs. Diddy is a one-of-a-kind music mogul.

Diddy has never quite left the spotlight, but he has walked away from making his own music… until recently! "No Way Out 2" is the title of his upcoming sixth studio album, but be patient, because the mogul has been talking about this album for over a year already. Also, if you're a fan, Diddy does a lot of self-reflecting on his Snapchat account.

Rozonda "Chilli" Thomas, Lisa "Left Eye" Lopes and Tionne "T-Boz" Watkins made up the iconic girl group TLC. From "No Scrubs" to "Waterfalls" to "Unpretty," TLC takes us back to the prime years of MTV's "Total Request Live." It's been nearly 15 years since the release of TLC's fourth album, "3D," the group's only effort recorded after the 2001 death of co-founder Lisa. 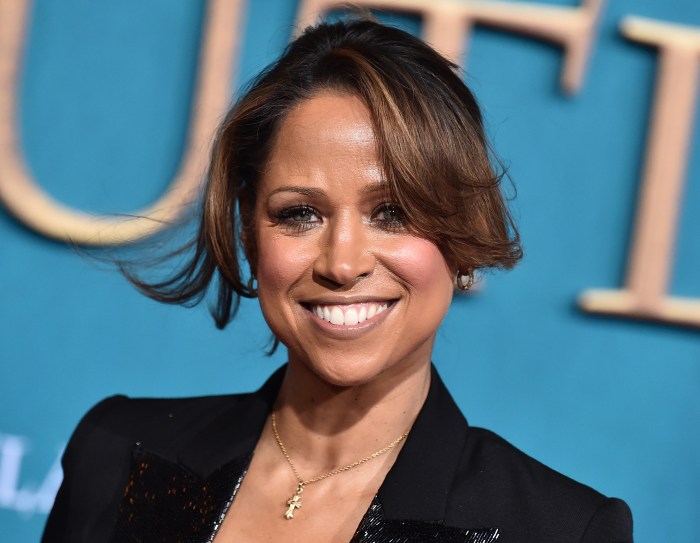