When it comes to TV taste, some big stars are just like us — Bravo superfans! Wonderwall.com is rounding up the biggest Bravo enthusiasts in Hollywood, from singers to Oscar winners to a former first lady! First up is Mila Kunis, a self-proclaimed huge "The Real Housewives of Beverly Hills" fan. So much so that she showed off her knowledge of season 9 while interviewing Erika Girardi while guest hosting "The Ellen DeGeneres Show." (Mila knew all about that season's PuppyGate!) She also shared her controversial thoughts about the franchise — she was a big fan of former "RHOBH" star Teddi Mellencamp — on the "Everything Iconic with Danny Pellegrino" podcast in February 2021.

Keep reading to see which other big names love Bravo…

One star who's not scared to flaunt her love for all things Bravo? Jennifer Lawrence! The A-lister has often talking about her obsession with the "Housewives" franchises and has even been brought face-to-face with some of her faves on "Watch What Happens Live with Andy Cohen" a time or two.

"Jersey Shore" personality Snooki's favorite fellow reality star? That has to be Kyle Richards from "The Real Housewives of Beverly Hills," one of her favorite shows. Nicole Polizzi has tweeted about the franchise in the past and has even received tweets from Kyle herself for her birthday.

Even former first lady Michelle Obama loves herself some "Housewives"! Back in 2012 while stopping by "Live! With Kelly and Michael," she shared that she loves "a little 'Real Housewives' every now and then."

Seth Rogan has a Bravo show that he adores — "Below Deck"! The comedy star shared on "The Tonight Show" that he loved the reality series and said they've asked him to charter a yacht — but he turned it down because he doesn't want to pay. "Bravo is literally sending me emails asking me to pay 40 grand to be on an episode of one of their TV shows."

The one and only P. Diddy considers himself a "an Atlanta Housewives fanatic," he told E! News back in 2011, adding that he also loved the New Jersey franchise, but that his favorite Housewife was "hands down" NeNe Leakes from "RHOA."

Elisabeth Moss watches not one, not two but "all of the 'Real Housewives' shows," she admitted to Arrive. She also appeared on "Watch What Happens Live" in May 2021 and talked all about her deep love for "The Real Housewives of New York City" specifically.

This one might come as a shock — but back when Oscar winner Eddie Redmayne was filming "The Theory of Everything," he'd unwind with a little bit of "Housewives"! Yep, the actor told Us Weekly he would "come home from trying to pretend to know about astronomy and physics all day and turn on 'The Real Housewives'" while shooting the Stephen Hawking biopic.

Chloe Grace Moretz is a Bravo superfan! Yep, during appearances on "Watch What Happens Live," she's fessed up to her addiction and in 2018 told W Magazine that she loved the network and was particularly obsessed with "Southern Charm."

Andy Cohen's supportive pal Anderson Cooper of CNN fame is also a Bravo fan. He's been vocal about his favorite Housewife — "The Real Housewives of Atlanta" star NeNe Leakes — in the past.

When it came time to shoot her music video for "G.U.Y." back in 2014, Lady Gaga tapped the stars of one of her favorite TV shows, "The Real Housewives of Beverly Hills," to star in it.

Broadway star Kristin Chenoweth's love of Bravo doesn't stop at "Housewives" — she's a huge "Vanderpump Rules" fan too. She even stopped by former star Stassi Schroeder's podcast back in 2016 and talked about how she was a fan of the reality star.

Jerry O'Connell is a well-known Bravo enthusiast — he even had his own show on the network for a time, "Bravo's Play by Play," which reviewed crazy Bravo moments. The actor is a frequent "Watch What Happens Live" guest who shows off his knowledge of all things "Housewives" and more.

Sarah Paulson is a diehard Bravo fan. Despite being known for her more highbrow roles in projects like "Mrs. America" and the "American Crime Story" and "American Horror Story" franchises, the talented actress also loves to devour Bravo series in her downtime. 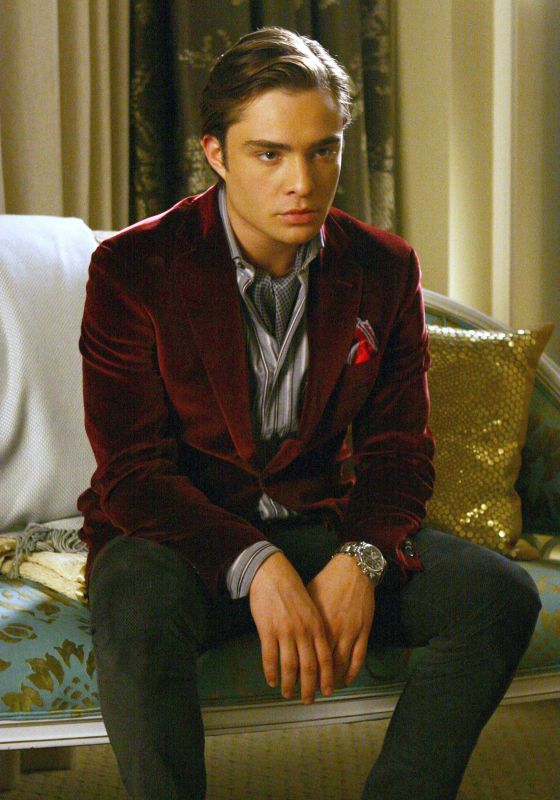