Kaley Cuoco took to Instagram on Feb. 13 to share a slideshow of videos of herself and her "The Big Bang Theory" castmates and crew members doing an epic choreographed dance to the Backstreet Boys' "Larger Than Life" in front of the live studio audience on the set of the hit CBS sitcom. "Ok 🎶 here it is! I give you (from many different angles!) our FINAL @bigbangtheory_cbs epic flash mob! Our cast and crew surprised the writers, producers, and audience last night dancing to @backstreetboys Larger than Life (a song that thanks the fans) thank you @bricuoco @mandykorpinen @elizabethpetrin for choreographing this epic dance and for my crew who rehearsed for months and listened to me yap on and on about this endlessly! it was worth it!💃🏼 enjoy!!! #thefinalseason (PS @sanctionedjohnnygalecki hurt his ankle but he was cheering us on from the sides!)," she wrote in the caption.

RELATED: The stars of "The Big Bang Theory" then and now

During a Feb. 14 appearance on "Good Morning America," Jussie Smollett opened up about the violent, racially charged attack he suffered in Chicago in late January — and his feelings on the subsequent backlash to his allegations, which have been met with doubt. "It's the attackers, but it's also the attacks," he said. "It's not that you don't believe this is the truth; you don't even want to see this is the truth." The "Empire" star also recounted the attack, which he said could've lasted just 30 seconds: "I heard 'Empire,' and I don't answer to 'Empire.' My name ain't 'Empire,' and I didn't answer," he said, adding that he kept walking until he heard someone call him a homophobic slur, followed by a racial slur, prompting him to fire back, "The f— did you just say to me?" Continued the singer-actor, "And I see the attacker, masked and he said, 'This MAGA country, [racial slur],' and punches me right in the face. So I punched his a– back. And then we started tussling. It was very icy. We ended up tussling by the stairs, fighting, fighting, fighting. There was a second person involved who was kicking me in my back, and then it just stopped. And they ran off. … Then I looked down and I see that there's a rope around my neck, which I hadn't [noticed before] because it was so fast." As for his attackers, Jussie said that he couldn't describe the two individuals aside from the first man's stature. "You have to understand also that it's Chicago in winter," he said. "People can wear ski masks and nobody's going to question that."

RELATED: Celebs react to the attack on Jussie Smollett

NBC announced on Feb. 12 that "Last Call with Carson Daly" is coming to an end after 17 years on the air so that the host can focus on his other hosting gigs (on the "Today" show and "The Voice") and on his family (he and wife Siri Pinter share three children). The network has yet to release an official end date. "If you had told me in 2002 I would be a part of the historic NBC late-night family for 17 years, I would have said you were crazy!" Carson said in a statement. "Hard to believe it's been so long — 2,000 episodes. It's time to move on to something new and let someone else have access to this incredible platform. My 20s were about finding a good job. My 30s were about taking on as many of them as I could. Now, in my 40s, I'm focused on quality over quantity. I want to do more with my 'Today' family and continue hosting and producing 'The Voice' and explore new opportunities." He concluded by saying, "I could have all the jobs in the world, but none of them are more important to me than that of Dad. My family will always remain my top priority and greatest gig."

Steve Harvey and Mo'Nique get into a heated debate

Longtime friends Steve Harvey and Mo'Nique attempted to hash out their differences on the Feb. 13 episode of his eponymous talk show. The duo have been at odds since the Oscar winner — who has garnered a reputation for being difficult over the years — accused Lee Daniels, Tyler Perry and Oprah Winfrey of blackballing her and told them during a comedy show to "suck her d—," prompting Steve to say on air that he couldn't stand by her anymore because she'd burned too many bridges in Hollywood. On "Steve," Mo'Nique said she was hurt by the lack of support she received from the host when she called for a boycott of Netflix after she felt that they lowballed her for a comedy special compared to what white and male comedians make. Steve responded that he thought the controversial funnywoman went about things the wrong way and did herself "a disservice" by publicly attacking Lee, Tyler and Oprah. "When you made that statement, the narrative got flipped. It wasn't about Netflix no more. … The attention was off of where we needed to go," he said. Mo'Nique then explained that she's still hung up on the fact that Steve never spoke out publicly to stop people from throwing her under the bus. Things got increasingly heated as the duo continually failed to understand each other, with Steve saying Mo'Nique should've put her "integrity" aside to play "the money game" to better serve the people who depend on her and "win the war." Ultimately, the pair agreed to disagree… after Mo'Nique joked about punching Steve in the face: "You and your sister, we're having a conversation and Mommy and Daddy ain't here right now, and I'm getting ready to punch you in your mouth. That's the conversation: 'Bam, bam!'" she said while miming punching him. Steve ended the show by saying he realizes he should've just called Mo'Nique to speak with her directly when the drama first kicked off. He also promised to try his best to mediate a dialogue between Mo and Lee, Oprah and Tyler in the hope that they can apologize and move on.

On Feb. 11, WWE Hall of Famer Pedro Morales — the first person to win the WWF's Triple Crown — died of complications from Parkinson's disease at 76 in Perth Amboy, New Jersey, his wife, Karen Morales, told The New York Times. The native Puerto Rican, who launched his career during the early '70s and wrestled professionally for nearly three decades, went on to become a Spanish-language commentator for the WWE and the WCW.

Joy Behar and Meghan McCain were at it again on the Feb. 11 episode of "The View." The trouble started when the liberal comedian brought up Donald Trump's critical tweet about Senator Amy Klobuchar announcing her bid for the presidency during a snowstorm in Minneapolis on Feb. 10. ("Amy Klobuchar announced that she is running for President, talking proudly of fighting global warming while standing in a virtual blizzard of snow, ice and freezing temperatures. Bad timing. By the end of her speech she looked like a Snowman(woman)!" he tweeted.) Things got tense almost immediately when Meghan said, "This is real," and Joy fired back, "Can I get through this, please?" After Abby Huntsman and Sunny Hostin shared their thoughts on a potential matchup between Trump and Klobuchar, Meghan interrupted again: "Can I say something now? Is that OK with you, Joy? Do I have permission to speak now on Amy Klobuchar?" she asked. "Yes, go ahead. Yes, you may now that I've finished," replied Joy. Meghan then began to make a point about Klobuchar but quickly cut herself off, "All right, no. By all means, keep going, Joy," she said. "If you're gonna have a hissy fit, we can't continue," fired back the comedian, prompting laughter from the live studio audience. She then changed the subject to Senator Elizabeth Warren. Meghan, meanwhile, stayed silent for the rest of the segment.

Big changes coming to new season of "America's Got Talent"

On Feb. 11, Variety broke the news that Julianne Hough and Gabrielle Union are filling in as judges for Heidi Klum and Mel B on the upcoming 14th season of "America's Got Talent." Terry Crews, who currently hosts "America's Got Talent: The Champions," will take over hosting duties from Tyra Banks. Simon Cowell and Howie Mandel, meanwhile, will return to the judges' panel.

On Feb. 13, The Hollywood Reporter revealed that the upcoming feature-length "Breaking Bad" movie will be a sequel centered around Aaron Paul's Jesse Pinkman as he escapes from a kidnapping and fights for freedom. The film will reportedly air on Netflix and then on AMC. Original series creator Vince Gilligan is writing and directing the top-secret project. Aaron starred alongside Bryan Cranston on the original AMC series from 2008 to 2013.

Kate Gosselin and her two oldest daughters, 18-year-old twins Cara and Mady, opened up about their new TLC reality show, "Kate Plus Date," during Discovery's Winter 2019 TCA Press Tour panel in Pasadena, California, on Feb. 12. "We've been nudging her to date for years," said Mady, according to USA Today. "She deserves to be happy. Everyone deserves to be happy." The series, which debuts in June, will follow the mother of eight as she goes out on dates arranged by matchmakers in New York City, a few hours away from the family home in Pennsylvania. "I knew what I wasn't looking for, but I couldn't articulate what I was looking for," she said. "They were strictly blind dates, but I didn't even know, really, their names until minutes before. A lot of the awkwardness [and] uncomfortable, terrified reactions came from the fact that they were hit or miss. It's a very difficult concept, and this is a very real show in that I am really looking for someone." Added the "Jon & Kate Plus 8" alum, who finalized her divorce from Jon Gosselin in 2009, "I love to date on TV — the safety it provides — but I didn't realize how awkward I'd feel. It's hard to watch — exciting, awkward, fun and really rewarding." Kate also promised that her new show will be family friendly: "It was important for me that my kids could watch the show and not feel cringey or uncomfortable," she said. "I'm not a teenager, clearly. There's no other mom dating show out there; I have five daughters and three sons, and they need to be able to watch a respectful … G-rated show. And it's important for me to be an example to my kids." As for her decision to raise her kids on reality TV, "I am a very protective parent, as you probably know," she said. "It comes from a place of love. I care so deeply, I have been at times overzealous. … [But] judging based on my kids and how well-adjusted and intelligent they are, [growing up in the spotlight] more than anything has enriched their lives and … taught them a lot about people's intentions, more so than other kids their age." 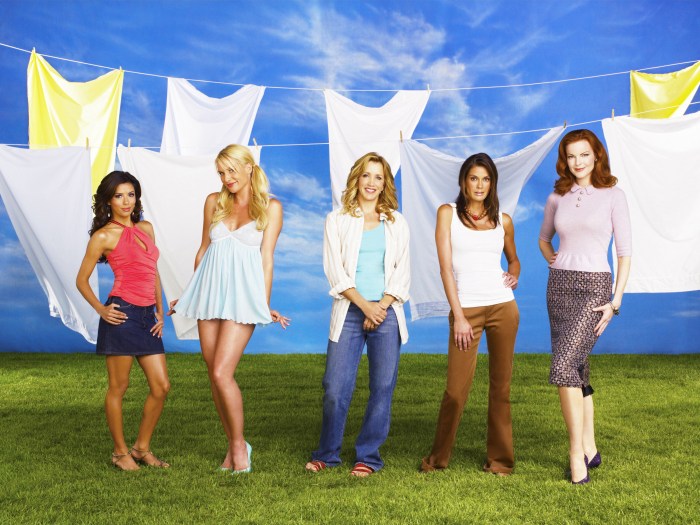 Up Next The original 'Housewives'