It's hard to believe it's been 12 years since "The Big Bang Theory" hit the small screen on Sep. 24, 2007! With the series finale set to air on May 16, 2019, we're taking a look at the sitcom's stars then and now. Keep reading to see how much the actors and actresses have changed from their first days on the show…

Jim Parsons took on the role of Sheldon Cooper back in 2007. The actor behind the quirky Caltech physicist was widely regarded as the breakout star of the show after it premiered.

With the success of "The Big Bang Theory," Jim Parsons established himself as one of the highest paid actors on television, eventually earning $900K per episode. He's picked up quite a few accolades for his performance as Sheldon including four Emmys for outstanding lead actor in a comedy series and a Golden Globe for best actor. He's also continued to appear in projects outside of "The Big Bang Theory" including "The Normal Heart," "Hidden Figures," "Young Sheldon" and 2019's "Extremely Wicked, Shockingly Evil and Vile." Offscreen, the actor has been in a relationship with art director Todd Spiewak for 17 years. The pair married in May 2017.

Kaley Cuoco has brought waitress and aspiring actress Penny to life on "The Big Bang Theory" since the show's debut in 2007. Though she has nothing in common with the people who live across the hall, Penny strikes up an entertaining friendship with nerdy neighbors Sheldon and Leonard.

Kaley Cuoco has earned praise for her work on the series, winning two People's Choice Awards and a Critics' Choice Award during the show's run. She's also appeared in several movies including "Hop" and "The Wedding Ringer." Next up, she'll voice the lead character on the DC Comics TV series "Harley Quinn," which she's also executive producing. After a secret romance with co-star Johnny Galecki, the actress, who earned $900K per episode on "The Big Bang Theory," married tennis pro Ryan Sweeting on Dec. 31, 2013, but after less than two years together, Kaley announced the couple's divorce in September 2015. She tied the knot once again in June 2018, marrying equestrian Karl Cook.

In 2007, Johnny Galecki took on the role of Leonard Hofstadter, Sheldon's roommate who's a fellow physicist at Caltech. Though originally asked to play Sheldon, Johnny found himself better suited to play geeky Leonard, who later became Penny's love interest.

Johnny Galecki has earned Primetime Emmy, Golden Globe and Screen Actors Guild Award nominations for his portrayal of Leonard on "The Big Bang Theory." The 44-year-old actor has also appeared in a number of movies over the years including "In Time," "Rings," and "Hancock." He most recently guest starred on the hit ABC sitcom "The Conners" (he was, fans will recall, a cast member on the prequel series "Roseanne" decades ago). After years as one of television's most eligible bachelors, Johnny finally found love in 2018 with Alaina Meyer, who's 22 years his junior. In May 2019, the couple announced that they were expecting their first child together.

Kunal Nayyar plays Raj, one of Sheldon and Leonard's co-workers at Caltech — an Indian astrophysicist who despises Indian food and loves "Sex and the City" and Sandra Bullock movies.

Like some of his "The Big Bang Theory" colleagues, Kunal Nayyar has also branched out into film, albeit at a slower pace. He voiced a character in 2016's "Trolls" and will next appear in the drama "Sweetness in the Belly" opposite Dakota Fanning. Offscreen, the actor has been a little luckier in love than his onscreen counterpart: In 2011, he married 2006 Miss India Neha Kapur. Kunal is also thriving in the financial department thanks in part to his reported $900,000-per-episode "TBBT" salary.

Simon Helberg started portraying Howard Wolowitz, an MIT grad who lived with his mother for several seasons, on "The Big Bang Theory" when it launched back in 2007. Simon made the belt-buckle-loving aerospace engineer one of the show's most hilarious characters.

Simon Helberg is tied with co-star Kunal Nayyar for the honor of third-highest paid actor on television. Simon reportedly went from making $100,000 an episode to $900,000 per episode in the series' final seasons (Jim Parsons and Johnny Galecki reportedly out-earned them by a few million with their side projects). Simon also appeared in a number of hit shows and movies including "A Serious Man," "Drunk History" and "Florence Foster Jenkins," which earned him a Golden Globe Award nomination. Simon has been happily married to actress Jocelyn Towne since 2007. The pair have two children together: daughter Adeline and son Wilder.

Mayim Bialik joined the cast of "The Big Bang Theory" in 2010 as Dr. Amy Farrah Fowler. The actress didn't have to reach too far when it came to portraying Amy's occupation, as she also earned a doctorate of neuroscience in real life. Dr. Amy gets matched with Sheldon on a dating website in Season 4 and they eventually got married.

Even though she didn't join the hit show until Season 4, Mayim Bialik's character, Dr. Amy, quickly became a fan favorite. Mayim also received critical accolades for her performance in the form of four Emmy Award nominations and a Critics' Choice Award win. Next up, she'll star in the sci-fi movie spoof "The Inspector Chronicles." In 2013, Mayim and Michael Stone finalized their divorce after nine years of marriage, but they've continued to successfully co-parent sons Miles and Fred. In December 2018, she revealed that she had parted ways her mystery boyfriend of five years.

Melissa Rauch joined "The Big Bang Theory" as a recurring character in 2009. Her character, Dr. Bernadette Rostenkowski-Wolowitz, is initially a microbiology student who goes on to marry Howard. She was promoted to series regular in 2010.

Like her "The Big Bang Theory" co-stars, Melissa Rauch has earned critical praise for her performance as Bernadette. She was nominated for a Critics' Choice Award for best supporting actress in 2013. She's also worked on several other projects over the years including "Ice Age: Collision Course," "Sofia the First" and "Black Monday." In 2019, she released her first children's book, "The Tales of Tofu." Melissa has been happily married to college sweetheart Winston Rauch since 2007. The couple welcomed a daughter, Sadie, in 2017. 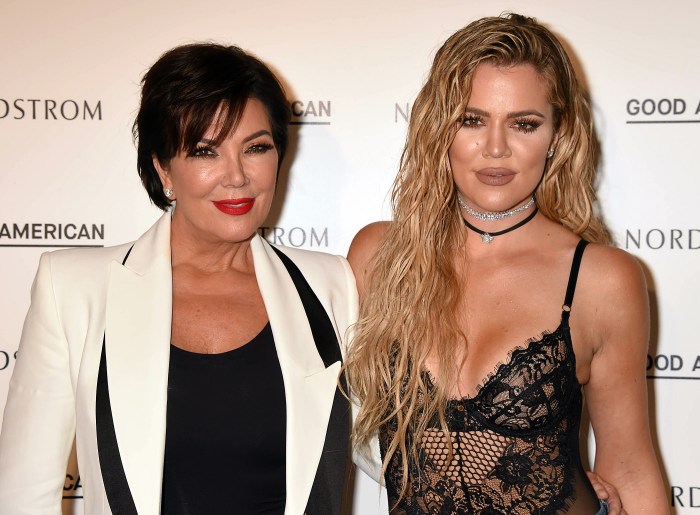