The crime-dramedy "Carter" starring Jerry O'Connell, Sydney Poitier and Kristian Bruun premieres on WGN on Aug. 7, 2018. Jerry is Harley Carter, an actor who plays a detective on a hit Hollywood TV show — at least until he retreats to his hometown after an embarrassing public meltdown. Things take a turn when Carter teams up with his police detective friend and use his acting skills to help her solve cases. In honor of the show's debut, Wonderwall.com is looking at all the best TV shows featuring real-life entertainers playing fictional actors. Keep reading for more…

Although the Golden Globe-nominated Netflix original series "GLOW" is based on the real-life story of the first women's professional wrestling show, "Gorgeous Ladies of Wrestling," the characters on this body-slamming sports dramedy are completely fictional. The series, about a group of struggling actresses who get cast on a women's wrestling show at a less-than-forthcoming audition, stars Alison Brie (seen here) as well as Betty Gilpin, Kate Nash and more. Season 2 was released on the streaming service in June 2018.

On the Golden Globe- and Emmy-winning series "This Is Us," Justin Hartley (left) plays Kevin Pearson, a hunky actor who's the son of the show's lead characters. On Season 1, we saw Kevin suffer a major breakdown on his hit comedy "The Manny," which led him to retreat from the spotlight for a while to get his life on track. By Season 2, Kevin's managed to land roles on the big screen, including an action film with real-life star Sylvester Stallone (right). However, an on-set injury changes the trajectory of Kevin's blossoming Hollywood career.

RELATED: The cast of "This Is Us" before they were famous

On the dark and hilarious HBO original series "Barry," former "Saturday Night Live" comedian Bill Hader stars as a hitman who makes a major life change when he moves to Los Angeles and starts taking acting classes. The only problem? No matter how hard Barry tries to avoid death, it seems to follow him wherever he goes. The series, which debuted in March 2018, has been picked up for a second season. Bill earned Emmy nods for his acting, directing and writing work on the show.

On the quirky Emmy-nominated Netflix comedy "Unbreakable Kimmy Schmidt," Tituss Burgess played struggling actor (and Kimmy's roommate) Titus Andromedon. The flamboyantly fabulous Titus has a flair for theater but will willingly take any acting role that can make him famous. Not only was Titus one of the most intriguing and fun characters on the series, which ran for four seasons, but he represented a small minority of openly gay black characters on television, making him a trailblazer too.

On the Golden Globe-winning comedy "The Big Bang Theory," Kaley Cuoco plays Penny Hofstadter, a young woman from Nebraska pursuing an acting career while working as a waitress at the Cheesecake Factory (at least she did until Season 7). Although she didn't find Hollywood fame, she never missed an audition.

On the Golden Globe-winning HBO dramedy "Entourage," Adrian Grenier starred as series lead Vincent Chase, a rising Hollywood actor who, along with his buddies from Queens, moves to Los Angeles and enjoys the perks of being famous. The Mark Wahlberg-produced series, which ran from 2004 to 2011, was so popular, it even got a movie in 2015.

From 2009 to 2011, singer-actress Demi Lovato starred as Sonny Munroe on the family-comedy series "Sonny with a Chance." On the show, Sonny is a young actress from the Midwest who moves to Los Angeles to star on the fictional hit series "So Random!" after winning a national talent search.

Charisma Carpenter's character, Cordelia Chase, first came to life on "Buffy the Vampire Slayer" then later crossed over onto the supernatural series "Angel" co-starring David Boreanaz (center) and Glenn Quinn (right). On "Angel," we learned that since her high school days, Cordelia has become an actress living in Los Angeles who's hoping to hit it big and reclaim the life of luxury she knew before her family's assets were seized, leaving her destitute.

On the Emmy-winning comedy "Hot in Cleveland," Wendie Malick (left) played Victoria Chase, an out-of-work soap-opera actress who spent the last 27 years of her life starring on the fictional daytime drama "Edge of Tomorrow" before the series was cancelled. Thankfully, Victoria isn't without a job for long, as she ends up taking a gig as a drama teacher at a local high school.

Comedian Aziz Ansari stars as Dev, a struggling New York actor, on the Golden Globe-winning Netflix original series "Master of None." Although Dev has dreams of making it big, he only seems to land minor parts that others laugh at, including stereotypical "Indian character" roles and a spot in a Go-gurt commercial.

On the comedy series "Will & Grace," Sean Hayes (right) starred as Jack McFarland, an openly gay struggling actor who, along with being the show's comedic foil, helps his college friend Will (played by Eric McCormack, left) embrace his own homosexuality. In 2017, the series — which was canceled in 2006 after eight seasons — was rebooted. Season 10 is set to premiere on Oct. 4, 2018.

From 1978 to 1982, the late Jeff Conaway (right) starred as Bobby Wheeler on the sitcom "Taxi." Before turning to cab driving to make a living, Bobby was an aspiring actor who was devilishly handsome and not afraid to admit it.

A show all about fictional actors that we won't soon forget is the 2012 NBC musical drama "Smash." The series followed a group of Broadway performers, playwrights and producers as they engaged in some juicy behind-the-curtain drama while rehearsing for a big production about the life of Marilyn Monroe. Major players on the series included Angelica Huston as producer Eileen Rand, Katharine McPhee and Megan Hilty as leading ladies Karen Cartwright and Ivy Lynn, and Debra Messing as playwright Julia Houston.

On the Golden Globe-winning series "Arrested Development," main character Tobias Funke (played by David Cross, left) is a former psychoanalyst and therapist-turned-actor who spends his days auditioning for parts and taking overpriced acting lessons — all to no avail. From trying (and failing) to join the Blue Man Group to getting fired from a prison show as an extra, it seems that nothing Tobias does ever gets him any closer to achieving his dreams of stardom.

Not only did Matt LeBlanc (bottom right) play struggling actor and womanizer Joey Tribbiani on the Golden Globe-winning sitcom "Friends," but from 2004 to 2006, he continued the role on the spin-off series "Joey." While on "Friends," Joey was an often out-of-work actor (though he did briefly land a great gig playing Dr. Drake Ramoray on "Days of Our Lives") who seemed far more interested in dating than his career. On "Joey," his character made the bold decision to move to Los Angeles to pursue acting full-time. That series was canceled after two seasons.

Matt LeBlanc wasn't the only former "Friends" star who had a TV series playing a fictional actor. In 2005, Lisa Kudrow, who starred as Phoebe Buffay on "Friends," signed on to play washed-up Hollywood sitcom actress Valerie Cherish on the HBO series "The Comeback." Throughout the show's two seasons, Valerie struggled to reclaim her former fame by having a hired camera crew document her every move.

Who can forget the classic comedy series "Gilligan's Island" and, more specifically, the show's fictional Hollywood movie star, Ginger Grant (played by Tina Louise, center)? Ginger was one of seven people on the ill-fated three-hour boat tour that ended on an uncharted island after encountering a storm.

On the Golden Globe-winning British dramedy series "Extras," comedian Ricky Gervais played Andy Millman, a struggling background actor and screenwriter determined to make it big. Along with his incompetent agent, Andy and best friend Maggie (played by Ashley Jensen, right) do everything they can to get better roles and get the TV script he wrote looked at by a network. Although the series was widely praised by critics, it was canceled after two seasons in 2007.

On the Golden Globe- and Emmy-winning series "30 Rock," Tracy Morgan and Jane Krakowski starred as Tracy Jordan and Jenna Maroney, two eccentric actors who work on the fictional sketch-comedy series "The Girlie Show." Even though Tracy is a man, network executive Jack Donaghy (played by Alec Baldwin) forces the show's creator and head writer, Liz Lemon (played by Tina Fey), to make him the lead of her female-focused show and then changes the name to "TGS with Tracy Jordan," much to Liz's dismay. "30 Rock" ran for seven seasons from 2006 to 2013.

From 2003 to 2006, Kelly Ripa starred as soap-opera actress Faith Fairfield on the comedy "Hope & Faith." After Faith gets killed off her series, she's forced to move in with her sister, Hope (played by Faith Ford, right), in Ohio while she figures out what to do with her life. What makes the series even more hilarious is that in real life, Kelly was an actual soap-opera actress on "All My Children."

For five glorious seasons, Marlo Thomas (right) starred as Anne Marie, an up-and-coming actress living and working in New York, on the comedy series "That Girl." The show, which ran from 1966 to 1971, included numerous famous guest stars including singer-actress Ethel Merman (left).

On the 2017 romantic-drama series "Famous in Love," Bella Thorne starred as Paige Townsen, a college student who auditions for a major Hollywood film and actually gets the role. Suddenly famous, Paige has to navigate life as a student and the demands of being Hollywood's newest It girl. 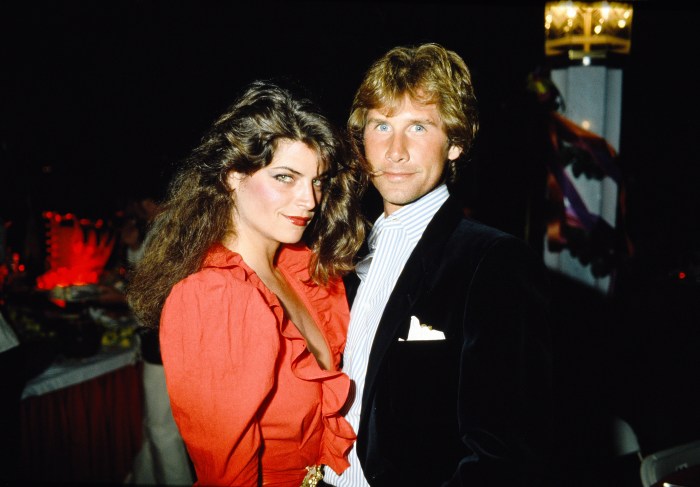 Up Next Hollywood mourns