It's been 45 years since the hit crime-drama series "Charlie's Angels" first graced our television screens! To mark the milestone on Sept. 22, 2021, Wonderwall.com is taking a look back at the actresses who've played Angels — whether on television or on the silver screen — to see how they've changed over the years. Keep reading to find out where they are now…

Jaclyn Smith starred as Angel Kelly Garrett on every season of the original "Charlie's Angel" television series from 1976 to 1981.

RELATED: "Alias" cast: Where are they now?

Once "Charlie's Angels" came to the end of its run, Jaclyn Smith started appearing in various TV movies and miniseries. Among them? "The Night They Saved Christmas" in 1984, "Florence Nightingale" in 1985 and many Danielle Steel novel adaptations like "Kaleidoscope" in 1990 and "Family Album" in 1994. She was the only Angel to reprise her former character when she appeared as Kelly Garrett in the 2003 movie "Charlie's Angels: Full Throttle," the second installment in the film franchise. Jaclyn took a break from acting from 2005 to 2010 then returned with a guest role on "Law & Order: Special Victims Unit." In 2019, she appeared in the Lifetime holiday movie "Random Acts of Christmas" and made a cameo in the 2019 "Charlie's Angels" reboot. In 2021, she appeared on an episode of "All American." She's been married to fourth husband Brad Allen since 1997 and has two children, Gaston and Spencer, with former husband Tony Richmond.

One of the most famous Angels in history is Farrah Fawcett, who played Jill Munroe on the first season of the original television show from 1976 to 1977.

"Charlie's Angels" launched Farrah Fawcett's career. She continued to work on the small screen after leaving the show though she also popped up as a guest star every now and then. She picked up some Emmy and Golden Globe nominations in the '80s for her work in the TV movies "The Burning Bed" and "Small Sacrifices." She appeared on shows like "Spin City" and "The Guardian" while also conquering the big screen in movies like "The Apostle," "Logan's Run" and "The Cannonball Run." Farrah was diagnosed with cancer in 2006 and died in 2009 at 62. She was involved with an old flame, former University of Texas football star Greg Lott, whom she'd previously dated in college, when she passed away. She had one son, Redmond O'Neal, with former boyfriend Ryan O'Neal.

Kate Jackson left "Charlie's Angels" after the third season and headed straight to the big screen. She starred opposite Harry Hamlin in the 1982 flick "Making Love" and followed that up with the television show "Scarecrow and Mrs. King." Like co-star Farrah Fawcett, she also battled cancer, though Kate's breast cancer went into remission in the late '80s. Kate (seen here in 2006) spent the '90s and '00s starring in TV movies like "Empty Cradle" and "Quiet Killer" and appeared on "Criminal Minds" in 2007. She's been married three times — first to Andrew Stevens from 1978 to 1981, then to David Greenwald from 1982 to 1984, and finally to Tom Hart from 1991 to 1993. In 1995, she adopted son Charles.

Cheryl Ladd replaced Farrah Fawcett as an Angel on season 2 of the original "Charlie's Angels" television series, on which she portrayed newbie Kris Munroe.

After the show ended, Cheryl Ladd continued to work on television — mainly in TV movies. She also made the leap to the big screen in 1984's "Purple Hearts," 1992's "Poison Ivy" and 1998's "Permanent Midnight," to name a few. She popped up on other popular shows as a guest star, like "Charmed," "Hope and Faith" and "CSI: Miami." She had a recurring role on "Las Vegas" from 2003 to 2008 and more recently was in Christmas flicks like 2018's "The Christmas Contract," 2019's "Grounded for Christmas" and 2020's "Christmas Unwrapped." She'll next appear in the film "A Cowgirl's Song." Aside from acting, Cheryl has written a children's book and an autobiography. She's married to Brian Russell and shares one child, daughter Jordan, with former husband David Ladd.

Shelley Hack popped up on season 4 of the original "Charlie's Angels" TV series, stepping in after Kate Jackson left the show. She played Tiffany Welles.

Shelley Hack landed a lot of smaller roles after her "Charlie's Angels" run, including in projects like Martin Scorsese's "The King of Comedy" in 1983. She also had recurring roles on two TV shows in the '80s: "Cutter to Houston" and "Jack and Mike." She retired from acting in the '90s and changed courses completely, shifting over to politics! She started producing presidential debates overseas, transitioning into work behind the scenes in television, mainly in Eastern Europe. She married Harry Winer in 1990. They have a daughter, Devon.

Season 5 of the original "Charlie's Angels" TV show introduced a new Angel: Julie Rogers. She was played by Tanya Roberts.

After Tanya Roberts starred on the final season of "Charlie's Angels," she appeared in a few films including "The Beastmaster" and an Italian-made flick, "Hearts and Armour." She picked up a few Razzie Award nominations in her day — first for her work in 1984's "Sheena: Queen of the Jungle" and again for her performance in the James Bond flick "A View to a Kill." Later, she was known for her recurring role as Midge on "That '70s Show" from 1998 to 2004. She was married to Barry Roberts from 1974 until his passing in 2006. In January 2021, Tanya died at 65 from a blood infection sparked by a urinary tract infection that was complicated by her history with hepatitis C.

Between the first two installments in the "Charlie's Angels" film franchise, Cameron Diaz signed on to voice Princess Fiona in the "Shrek" movie series. She also picked up a Golden Globe nomination for her work in "Gangs of New York" in 2003 and starred in the drama "In Her Shoes" in 2005 and the Christmas film "The Holiday" in 2006. In 2014, after starring in the "Annie" reboot, Cameron revealed she was retiring from acting altogether. She's released two books in the last decade: "The Body Book" in 2013 and "The Longevity Book" in 2016. She's been married to Good Charlotte rocker Benji Madden since 2015. They welcomed a daughter, Raddix, in December 2019.

After playing Alex Munday, Lucy Liu continued to have a successful film career. She starred in "Kill Bill: Vol. 1" and "Kill Bill: Vol. 2" in 2003 and 2004, "Lucky Number Slevin" in 2006 and "Set It Up" in 2018. She also made a name for herself on the small screen, starring on series like "Cashmere Mafia," "Southland," "Elementary" and, more recently, "Why Women Kill." Lucy's also lent her voice to many children's films like the "Kung Fu Panda" franchise and "Mulan II." In 2023, she'll portray Kalypso in "Shazam! Fury of the Gods." She welcomed a child as a single mom in 2015, adding son Rockwell to her family.

After 2003's "Charlie's Angels: Full Throttle," Drew Barrymore starred in a slew of popular films including "50 First Dates" in 2004 and "Fever Pitch" in 2005. She also had a role in the ensemble flick "He's Just Not That Into You" in 2009. More recently, she starred on the Netflix series "Santa Clarita Diet." She also became a successful producer with her Flower Films company (she even worked on the short-lived 2011 "Charlie's Angels" TV show reboot). Since playing an Angel, Drew has divorced second husband Tom Green (who appeared in the first "Charlie's Angels" film), dated the Strokes drummer Fabrizio Moretti and actor Justin Long, and married and divorced art consultant Will Kopelman, with whom she shares daughters Olive and Frankie. She launched her eponymous CBS talk show in September 2020 (and welcomed "Charlie's Angels" co-stars Cameron Diaz and Lucy Liu as her very first guests!).

Minka Kelly starred as Eve French on the short-lived 2011 TV reboot of "Charlie's Angels," which former movie-Angel Drew Barrymore produced. ABC canceled the series after just a few months, with only seven episodes making it on the air.

Minka Kelly had already made a name for herself on "Friday Night Lights" and "Parenthood" before she joined the "Charlie's Angels" TV reboot cast. After the series was canceled, she most notably starred on the series "Almost Human" and had roles on shows like "The Path" and "Jane the Virgin" before landing the role of Dawn Granger on "Titans." In 2021, she'll appear in the film "Lansky." Minka's long made headlines for her personal life: She dated baseball player Derek Jeter from 2008 to 2011 and "Grey's Anatomy" actor Jesse Williams in 2017 and 2018. She and comedian Trevor Noah debuted their romance in the summer of 2020.

Since her brief run as an Angel, Annie Ilonzeh has been busy on the small screen. She's had roles on shows like "Arrow," "Empire" and "Drop Dead Diva" and more recently landed a gig on "Chicago Fire" from 2018 to 2020. In 2021, she appeared on the TV series "The Lower Bottoms." She made headlines in early 2019 when she briefly dated retired basketball star Shaquille O'Neal.

After a brief run as an Angel, Rachael Taylor starred on "666 Park Avenue" and had a recurring role on the show "Crisis." She more recently played Trish Walker on the Netflix series "Jessica Jones." Rachael has been romantically linked to director-photographer Mike Piscitelli since at least 2017. In early 2019, there were even reports that they'd quietly married. 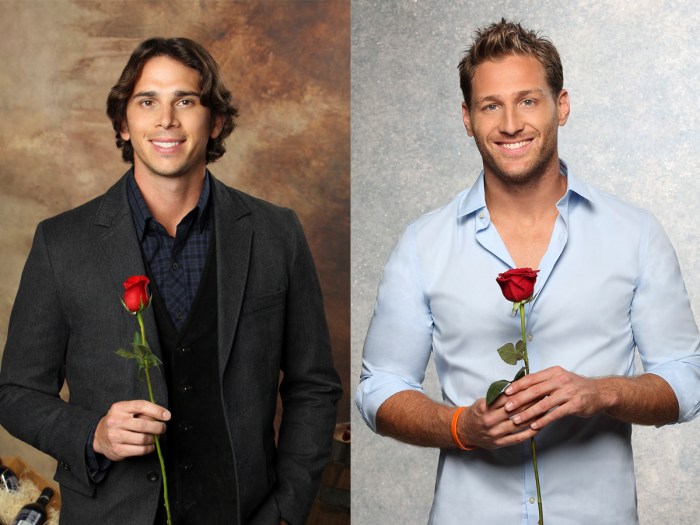 More Wonderwall
Bradley in the Buff