Not every film can be a smash hit. Occasionally, despite a star-studded cast or a flashy plot, they end up disastrous duds. Wonderwall.com is rounding up some of these major fails, starting with one of the most infamous box office bombs in movie history! "Gigli" starred two of the biggest names of 2003 — Ben Affleck and Jennifer Lopez — who also happened to be dating off screen. Despite interest in Bennifer's real-life romance, that couldn't change the movie's plot or the fact that it was largely considered to be one of the worst films ever. It earned horrendous reviews and became one of the most expensive bombs ever at the time, earning just $7.2 million against a $75.6 million production budget.

Despite his best efforts, even Ryan Reynolds couldn't salvage the overall travesty that was 2010's "Green Lantern." According to The Hollywood Reporter, the superhero flick based on the DC Comics vigilante of the same name, would likely have to have made around $500 million to be considered financially successful — but it made just $219 million on a $200 million budget and also reportedly spend another $175 million on marketing. On the bright side? Its Canadian star met his future bride, Blake Lively, on set, so it wasn't all for nothing!

Despite premiering to much buzz, the second installment of the "Wonder Woman" franchise was underwhelming at the box office. 2020's "Wonder Woman 1984," which saw Gal Gadot reprise her role as the beloved heroine, made $166.5 million on a $200 million budget. In January 2021, The Hollywood Reporter revealed that the film was on track to losing "north of $100 million." Yikes. However, it must be considered that it was released in the midst of a global pandemic when many movie theaters remained closed and it concurrently ran on the HBO Max streaming service for the first month of its domestic release.

"The Lone Ranger" seemed promising. After all, it had Johnny Depp starring as Tonto and Armie Hammer as John Reid, the Lone Ranger, in a Western-action film based on the famous radio series. But despite the hype, this 2013 movie went down as one of the biggest flops of all time, disappointing critics and earning just $260.5 million on a $225-250 million production budget that ballooned further thanks to $150 million in marketing costs.

A remake doesn't always equal box office gold. Take the 1997 version of "Lolita" starring Jeremy Irons and Dominique Swain, for instance. It was an update of Stanley Kubrick's 1962 version, based on the famous Vladimir Nabokov book of the same name, but it didn't live up to its predecessor. It earned a measly $1.1 million at the box office despite costing a reported $62 million to make.

Does anyone remember this flick? Probably not. While stars Lucy Liu and Antonio Banderas headlined the movie, 2002's "Ballistic: Ecks vs. Sever" failed to leave a lasting impact. The action movie was a critical and box office bomb, grossing a lackluster $20 million on a $70 million budget.

Poor Taylor Kitsch starred in 2012's "John Carter," one of the most expensive films ever made. But the hefty price tag didn't equate to results at the box office for this sci-fi movie. Though a $264 million worldwide box office seems impressive, the film cost $350 million to make.

Did you know that Brad Pitt had a role in one of the biggest box office bombs of the 2000s? 2003's "Sinbad: Legend of the Seven Seas" saw the movie star voicing the titular character, with Catherine Zeta-Jones and Michelle Pfeiffer also lending their voices to the animated flick. It reportedly lost DreamWorks around $125 million!

Eddie Murphy fronted the 2002 science-fiction action-comedy "The Adventures of Pluto Nash." The film focused on his titular character (and his clone!) and was set in 2080 on a moon colony where Pluto bought a nightclub. Despite packing some laughs, the film didn't translate with audiences and is largely considered to be one of the biggest box office bombs of all time, earning just $7.1 million against a $100 million budget.

A 2016 historical drama is next on the list! "The Promise" starring Oscar Isaac, Charlotte Le Bon and Christian Bale sounded promising with its love triangle set in the final years of the Ottoman Empire, but it didn't click with critics or moviegoers. It ultimately earned a staggeringly low $10.6 million at the box office despite costing the studio $90 million to make.

By now, it's no surprise that Oprah Winfrey can do it all! But she can also bomb with the best of them. In 1998, she co-starred alongside Danny Glover in the psychological horror flick "Beloved," which is based on the 1987 Toni Morrison novel of the same name. Unfortunately, the film, which also starred Thandiwe Newton, failed to impress — it earned a disappointing $22.9 million on an $80 million budget.

Do you remember "Stealth"? If you don't, you're not alone. This 2005 military-meets-science fiction action flick starred Josh Lucas, Jessica Biel and Jamie Foxx, but their star power didn't get people to the theater. Though it cost the studio $135 million to make, it only earned $76 million worldwide, not to mention lots of rough reviews.

Not many romantic comedies made the list, but 2001's "Town & Country" certainly did. The flick starred some Hollywood heavyweights like Warren Beatty, Diane Keaton, Goldie Hawn and Gary Shandling but the plot inspired mostly negative reviews from critics. Audiences didn't warm to the film either, resulting in earnings of just $10 million against a $90 million budget.

2013's "R.I.P.D." had Jeff Bridges and Ryan Reynolds as its stars, but those names didn't fill theater seats. The science fiction-action film based on the comic book of the same name was met with mostly negative reviews from critics. It ultimately earned just $78 million against its $130 million budget, making it a pretty big flop.

Will Smith is regarded as one of Hollywood's most successful stars, but not all of his films have been box office gold. Take, for example, 2001's "Ali," in which he portrayed the titular legendary boxer, Muhammad Ali. The sports biopic earned just $87.7 million against a $107 million production budget plus marketing costs. Talk about taking a hit!

"Osmosis Jones" came out in 2001 to mixed reviews. The live-action/animated-comedy hybrid, which starred Bill Murray and was partially directed by the Farrelly brothers (for the live portions), featured some gross humor that didn't sit well with critics. It eventually earned just $14 million despite costing $70 million to make.

Keanu Reeves served up a serious flop with "47 Ronin." The 2013 fantasy-action movie grossed $151 million against its budget of $175 million, making it one of the biggest bombs that year.

2002's "Treasure Planet" did not perform well at the box office despite being a favorite in our books. The Disney animated feature, which featured an all-star voice cast that included Joseph Gordon-Levitt, Emma Thompson and Laurie Metcalf, made just $109.6 million worldwide (and only $38 million in North America) against a $140 million production budget.

Not even a David Beckham cameo could save "King Arthur: Legend of the Sword." The Guy Ritchie-helmed 2017 movie starring Charlie Hunnam as Arthur received dismal reviews. It was intended to be the first in a franchise but after it only earned $148 million against a $175 million production budget, the plan for more flicks went caput.

Johnny Depp and Charlize Theron were big names in 1999, but coupling up didn't equal big profits at the box office when they starred in "The Astronaut's Wife" that year. Reviewers ripped apart the science fiction-thriller, which only earned $19 million despite costing $75 million to make.

2000's "Titan A.E." was a post-apocalyptic science fiction film featuring voice work from stars like Matt Damon, Drew Barrymore and Bill Pullman. Unfortunately for them, when this animated flick hit the big screen, no one turned up. The movie lost the studio a reported $100 million and is rumored to have ended Fox Animation Studios for good. 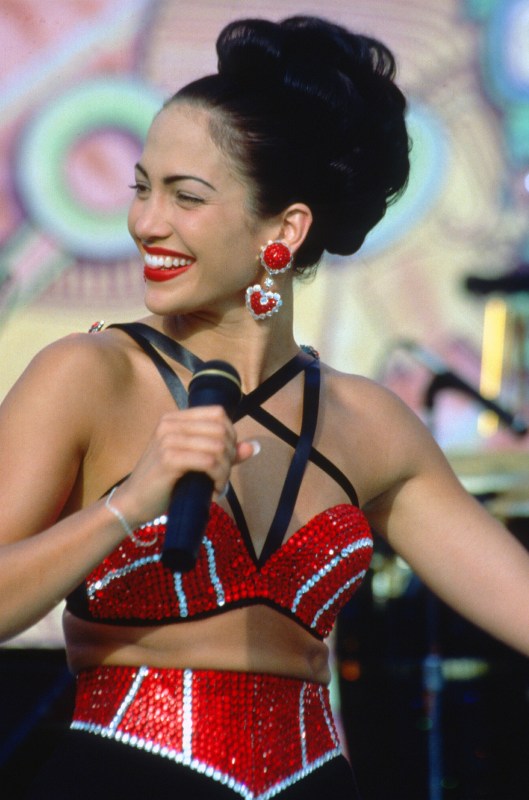