Jennifer Garner's Sydney Bristow from ABC's "Alias" is still one of our favorite fictional heroines. Sept. 30, 2021, marks the 20th anniversary of the debut of J.J. Abrams' action-thriller series. In honor of the milestone, join Wonderwall.com as we check in on Jen and the rest of the "Alias" cast to find out what they're up to now…

As we all know, Jennifer Garner has remained on the A-list since her days as Sydney Bristow. The West Virginia-raised star — who was in a high profile marriage to Ben Affleck, with whom she shares three kids, from 2005 to 2015 — went on to land leading roles in films including "Juno," "Ghosts of Girlfriends Past," "Valentine's Day," "Dallas Buyers Club," "Mother's Day," "Love, Simon" and 2021's "Yes Day." From 2018 to 2019, she voiced the main role of Mama Llama on the animated British television series "Llama Llama." Jen — who co-founded the organic baby food company Once Upon a Farm and is a longtime ambassador for Save the Children — has three projects on the way: "The Adam Project," "My Glory Was I Had Such Friends" and "Fantasy Camp." After a few years of dating CaliBurger CEO John Miller, they split in 2020, though the pair reunited in 2021.

Michael Vartan portrayed Michael Vaughn, a CIA agent who strikes up a romantic relationship with Sydney.

Aughts hunk Michael Vartan continued to accrue a list of impressive acting credits after "Alias" concluded. He's appeared in everything from films like "Monster-in-Law" and "Colombiana" to television shows like "Hawthorne" and "The Arrangement." As for his personal life? From 2011 to 2014, Michael — who dated co-star Jennifer Garner in 2003 and 2004 — from was married to Lauren Skaar.

Who doesn't love Victor Garber?! The Canadian actor — who married artist Rainer Andreesen in 2015 — has remained an active player in Tinseltown since his "Alias" days. Victor went on to appear in countless projects including the films "You Again," "Take Me Home," "Argo," "Dark Waters" and "Happiest Season" and TV shows like "Eli Stone," "Nurse Jackie," "Web Therapy" and "Deception." From 2015 to 2017, he portrayed Martin Stein aka Firestorm on The CW's "The Flash" and its spinoff series "Legends of Tomorrow." His latest project, the Canadian series "Family Law," debuted in September 2021. He's also remained close friends with on-screen daughter Jennifer Garner all these years.

From 2006 to 2011, Ron Rifkin portrayed Saul Holden on the family drama "Brothers & Sisters." He's also popped up on shows including "Law & Order: Special Victims Unit," "Gotham," "Limitless" and "New Amsterdam." In 2018, he acted in "A Star Is Born," which starred "Alias" alum Bradley Cooper. Ron is still married to Iva, his wife since 1966.

After "Alias," Carl Lumbly went on to grace the screen or do voice work in numerous projects including the films "Immigrants," "Justice League: Doom" and "Justice League: Gods and Monsters" and television series like "Grey's Anatomy," "Criminal Minds," "Southland," "NCIS: Los Angeles," "Supergirl," "This Is Us" and "Altered Carbon." In 2021, Carl — who shares a child with his late wife, actress Vonetta McGee, and was married to author Deborah Santana from 2015 to 2019 — starred as Isaiah Bradley on Disney+'s "The Falcon and the Winter Soldier." He'll next appear in the film "I'm Charlie Walker."

"Felicity" fans probably also recognize Kevin Weisman as Earl! But since his days on "Alias," the Los Angeles native has appeared on several television shows including "Awake," "Hello Ladies," "The Blacklist," "Scorpion" and "Goliath." From 2017 to 2019, he was part of the main cast of "Runaways," Hulu's sci-fi drama series based on the Marvel comics of the same name. Until 2011, Kevin was married to Jodi Tanowitz, with whom he shares two kids.

David Anders has continued to light up the small screen. Among his most notable television roles since "Alias" are Adam Monroe on "Heroes," John Gilbert on "The Vampire Diaries," Victor Frankenstein on "Once Upon a Time" and Blaine "DeBeers" McDonough on "iZombie." More recently, David popped up on episodes of "Roswell, New Mexico" and "The Magicians" in 2020.

Greg Grunberg, who previously collaborated with childhood friend and "Alias" creator J.J. Abrams on "Felicity," has since appeared in the films "Mission Impossible III," "Star Trek," "Star Wars: The Force Awakens," "Star Wars: The Rise of Skywalker" and "A Star Is Born." As for television? Greg has also popped up on episodes of "Heroes," "Hawaii Five-0," "Criminal Minds," "Life in Pieces," "The Flash" and "The Boys." Next up, Greg — who has three kids with wife Elizabeth Wershow — will appear on the TV series "Hombre."

Australian actress Melissa George appeared in films including "Turistas," "30 Days of Night," "Triangle," "A Lonely Place to Die" and "Felony." In addition to landing a recurring role on ABC's "Grey's Anatomy" from 2008 to 2009, she also appeared on "The Good Wife," "Heartbeat," HBO's "In Treatment" — for which she earned a Golden Globe nomination — "Lie to Me," "Hunted" and Hulu's "The First." Melissa — who shares two children with Jean-David Blanc, her partner from 2011 to 2016 — has starred alongside Justin Theroux, Logan Polish and Gabriel Bateman on Apple TV+'s "The Mosquito Coast" since 2021.

Nadia Santos, who was played by Mía Maestro, was Sydney's half-sister and the daughter of Arvin Sloane and Irina Derevko.

Among Mía Maestro's most notable films following "Alias" are "The Twilight Saga: Breaking Dawn Part 1," "The Twilight Saga: Breaking Dawn Part 2" and "Frida." As for television? Mía popped up on "Crusoe," "White Collar," "Person of Interest," "The Strain," "Scandal" and "Nashville." Since 2019, she's portrayed Sederica Palomo on the crime-thriller series "Mayans M.C."

After "Alias," Rachel Nichols landed a starring role in the 2007 flick "P2" and appeared in the sci-fi films "Star Trek" and "G.I. Joe: The Rise of Cobra." Additional credits include "The Sisterhood of the Traveling Pants 2," "Conan the Barbarian," "Alex Cross" and "Raze." She's also continued to pop up on the small screen. In addition to starring on "Continuum" as Kiera Cameron from 2012 to 2015, Rachel's landed recurring roles on "Rush," "Chicago Fire," "The Librarians," "Titans" and "The Man in the High Castle." What's next for the star? Rachel, who married Michael Kershaw in 2014 after ending a one-year marriage to studio exec Scott Stuber in 2009, will next appear in the films "Demigod" and "Climbing Life."

After appearing on "Alias," Balthazar Getty portrayed Tommy Walker on the series "Brothers & Sisters" from 2006 to 2011. He's since popped up in additional projects including the films "Big Sur," "The Judge" and "Horror" and TV shows including "Hawaii Five-O," "House of Lies," "When We Rise" and "Twin Peaks." The California native — who by 2010 had reconciled with his wife, fashion designer Rosetta Getty, following a public 2008 affair with actress Sienna Miller — also plays in the indie rock band Ringside and founded Purplehaus Records in 2013. Next up, the father of four will appear in four films: "La Flamme Rouge," "Why Not Choose Love: A Mary Pickford Manifesto," "Down by the Water" and "A Fall from Grace." 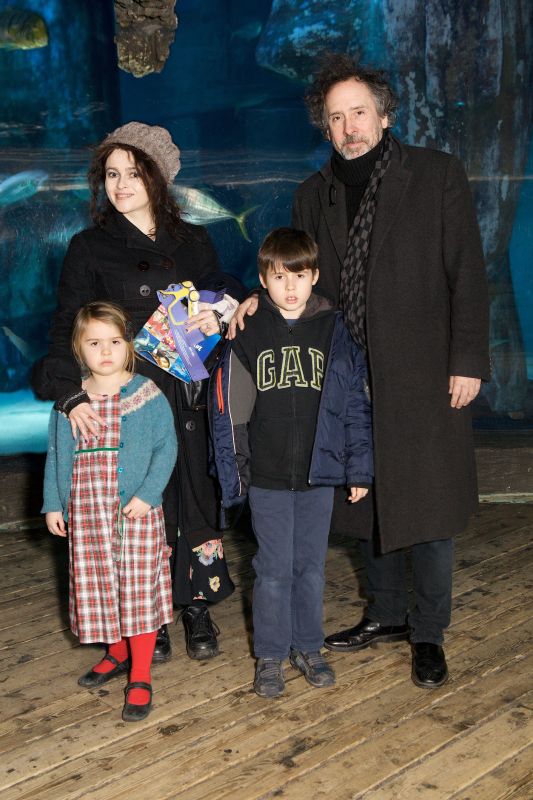