Jennifer Garner has enjoyed a successful Hollywood career that's spanned more than 25 years. In honor of the star's latest flick, "Yes Day," which debuted on Netflix on March 12, 2021, Wonderwall.com is taking a look back at her life and career in photos. Keep reading to take a stroll down memory lane with our photo flashback…

On April 17, 1972, Jennifer Garner was born in Houston, Texas, to William and Patricia Garner. While growing up in Charleston, West Virginia, Jennifer (seen here in the '90s, early in her career) quickly took to acting. A passion for local community theater led her to major in theater at Denison University in Granville, Ohio, where she honed her craft.

After college, Jennifer Garner (seen here in 2000, as her career began to take off) moved to New York City, where she started getting her feet wet in the entertainment industry. She landed a few small roles, like a one-off appearance on "Law & Order" and a part in a TV movie called "Harvest of Fire," but moving to Los Angeles would help jump-start her career…

Jennifer Garner moved to Los Angeles in 1997. After more bit roles, she landed a part on the hit WB show "Felicity" in 1998. Though she only appeared on two episodes, this part significantly changed her life, as she met her future husband while working on the J.J. Abrams drama — Scott Foley. They wed two years later in 2000.

Dude, where's Jennifer Garner? Aside from getting married, Jennifer Garner also had a small part in "Dude, Where's My Car?" in 2000. This marked her first role — she played the girlfriend of Ashton Kutcher's character — in a big commercial flick.

From a comedy to a wartime drama! Jennifer Garner followed up the 2001 film "Stealing Time" opposite hubby Scott Foley with a small role in the blockbuster 2001 flick "Pearl Harbor," which starred another future husband… Ben Affleck.

Her big break! In 2001, Jennifer Garner was cast as Sydney Bristow in J.J. Abrams' ABC spy series, "Alias." The show was a huge success with some pretty famous fans…

"Alias" opened a lot of doors for Jennifer Garner. One big fan of the show? Director Steven Spielberg! He immediately cast her in his next film, "Catch Me If You Can," in a small role opposite Leonardo DiCaprio in 2002.

Jennifer Garner picked up one of the most esteemed awards in acting in 2002 — a Golden Globe. She won the prize for best actress in a TV drama the first time she was nominated for her "Alias" role.

Splitsville! Jennifer Garner and Scott Foley filed for divorce in 2003 after nearly three years of marriage. She cited irreconcilable differences in their split, which a judge finalized in March 2004. She later told Allure magazine of their romance, "We didn't have a shot. He's a really good guy, and we just imploded."

Though the timing looked suspicious, Jennifer Garner did not move on to Ben Affleck after splitting from husband Scott Foley. Though the stars played onscreen lovers in 2003's "Daredevil," they didn't start dating after filming this superhero flick. Jen was actually about to hit if off with a different co-star…

Jennifer Garner started dating "Alias" co-star Michael Vartan in 2003. The couple's relationship lasted a year, but the two continued to work together on the ABC series for a few more years after they broke up.

One golden popcorn coming right up! Jennifer Garner picked up her first MTV Movie Award in 2003 for her work in "Daredevil," taking home the breakthrough female prize — and beating out fellow nominees like Beyonce for her work in "Austin Powers in Goldmember" and "My Big Fat Greek Wedding" star Nia Vardalos.

A family affair! When it came time to pick a date for the 2003 Primetime Emmys, Jennifer Garner looked no further than her own family — her adorable parents, to be exact. William and Patricia Garner accompanied their daughter to the big TV award show that year.

It was finally time to see Jennifer Garner as the lead in a movie when she starred in 2004's "13 Going on 30." The movie, which co-starred Judy Greer, was a huge hit that turned Jen into a full-fledged movie star.

They're on! After co-starring in two films and becoming friends, Jennifer Garner and Ben Affleck started dating in 2004. Jen was fresh out of a relationship with Michael Vartan while Ben Affleck had recently split from Jennifer Lopez. The new couple made their first public appearance at game one of the World Series that October.

Here comes the bride! Ben Affleck proposed to Jennifer Garner in April 2005 with a 4.5 carat diamond Harry Winston ring. He reportedly got down on one knee after her 33rd birthday party. They tied the knot two months later on the beach in Turks and Caicos when she was pregnant with their first child.

In the wake of her second marriage and new motherhood, Jennifer Garner took a year off from acting, though she still made an appearance at the 2006 Academy Awards — just a few months after giving birth!

Jennifer Garner headed back to the big screen with 2007's "Juno" and earned heaps of critical praise for her performance as an adoptive mother. Later that year, she also appeared in "The Kingdom."

Broadway-bound! Jennifer Garner finished up 2007 in New York City performing on Broadway as Roxanne in "Cyrano de Bergerac." She received rave reviews, with the play continuing through 2008 (it was even recorded to air on PBS that year).

An onscreen reunion! In 2010 Jennifer Garner and Ashton Kutcher shared the screen again 10 years after appearing together in "Dude, Where's My Car?" The stars were both involved in the ensemble romantic comedy "Valentine's Day," which was a box-office hit.

Party of five! Jennifer Garner, pictured here just a month before of giving birth, added one more child to her brood with Ben Affleck in 2012. Son Samuel Garner Affleck arrived that Feb. 27.

And another onscreen reunion! Jennifer Garner has a habit of re-teaming with old co-stars and this time it was Matthew McConaughey's turn. The two, who'd previously starred in "Ghosts of Girlfriends Past" in 2009, shared the screen once more in 2013's "Dallas Buyers Club." The film was a critical darling and went on to receive numerous accolades and awards.

In 2013, Jennifer Garner testified before the California Assembly Judiciary Committee in favor of a bill to protect stars' children from being harassed by paparazzi. Her activism in this arena led to the bill becoming a law with more parameters and stricter rules to govern photographers' behavior around children under 16.

Jennifer Garner ventured into children's films in 2014, starring with Steve Carell in "Alexander and the Terrible, Horrible, No Good, Very Bad Day." That same year, she also played a different type of parent in the poignant drama "Men, Women & Children" alongside Adam Sandler.

June 2015 marked the end of Jennifer Garner and Ben Affleck's 10-year marriage. The two announced their split that month though held off on filing for divorce. Rumors of a breakup had been brewing for a while, with Ben spotted sans wedding ring and Jen spending her 43rd birthday alone. The couple issued a statement on June 30 that read: "After much thought and careful consideration, we have made the difficult decision to divorce. We go forward with love and friendship for one another and a commitment to co-parenting our children whose privacy we ask to be respected during this difficult time. This will be our only comment on this private family matter. Thank you for understanding."

Jennifer Garner switched gears from her usual Hollywood hits to star in a Christian family film, 2016's "Miracles from Heaven," a movie based on a true story in a bestselling book. Jen played Christy, a mom whose daughter has a near-death experience and is later healed despite having an incurable disease. She credited working on the film with inspiring her to get involved in her local Methodist church and start taking her children every Sunday.

Two years after announcing their split, Jennifer Garner and Ben Affleck finally filed for divorce in April 2017, and by all accounts, their co-parenting relationship remained amicable. They were still spotted out often as a family, including while attending church services together.

In 2017, Jennifer Garner announced the expansion of Once Upon Farm, a company she co-founded that sells organic, cold-pressed baby food in thousands of grocery stores with plans to expand further. The company took its profile even more public in 2018, the same year it secured $20 million in a second round of funding.

A star on the Hollywood Walk of Fame! Jennifer Garner earned this esteemed honor in August 2018. She attended the ceremony with her whole family including her kids, her parents and her sisters.

Back to her action-hero roots! It had been a while since Jennifer Garner had sprung into action onscreen, but she returned with a vengeance in 2018's "Peppermint." The film opened just days after Jen made headlines for staging an intervention for estranged husband Ben Affleck that got him to return to rehab to seek treatment for alcohol addiction.

Jennifer Garner and Ben Affleck finally settled their divorce with a private judge in early October 2018, which paved the way for their marriage to be legally dissolved just weeks later. Jen's seen here in her usual daily working-mom uniform as she ran errands in Los Angeles the same week.

Jennifer Garner also returned to the small screen in October 2018. She starred as wife, mother and minor Instagram celebrity Kathryn McSorley-Jodel on the HBO limited series "Camping." Jen is pictured here at the show's premiere in Los Angeles.

Around the same time her divorce from Ben Affleck was finalized, reports revealed that Jennifer Garner had a new man in her life — Cali Group CEO John Miller, a Stanford Law alum whose company owns Miso Robotics and 50 CaliBurger restaurants. The pair, who had reportedly been dating for six months when news of their romance was made public, made a point to keep a very low profile after their secret was out. Unfortunately, it wasn't meant to be and they ended their romance in early 2020.

Jennifer Garner received a huge honor in the spring of 2019 when she scored the cover of People magazine's 2019 Beautiful issue. Though she's obviously a stunning woman, she told People that the most beautiful thing in her life is being a mom. "I'm starting to get to the point where I realize this job is not going to be forever," she said of raising her three children with ex Ben Affleck. "Not in the all-encompassing every meal, every moment, every day way that I have loved for the last 13 years. It's going to shift. But there's beauty in how it works in episodes." She's seen here at the InStyle Awards the same year. 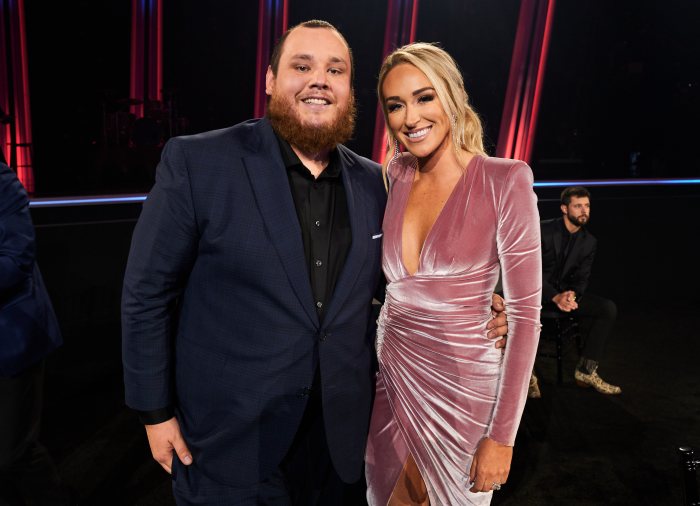