In 1985, a group of boys — Chunk, Mikey, Mouth and Data — gathered to spend a fateful final weekend together before their family homes went into foreclosure to make way for a new country club in their Goon Docks community in Astoria, Oregon. But it didn't take long until the gang, who called themselves "The Goonies," ended up on an epic adventure full of treasure maps, booby traps, encounters with a crime family and hard-won victory. In honor of the 35th anniversary of "The Goonies" — which hit movie theaters on June 7, 1985 — Wonderwall.com is checking up on its stars including Jeff Cohen, Sean Astin, Corey Feldman, Ke Huy Quan, Josh Brolin, Martha Plimpton, Kerri Green and more to find out what they're up to these days…

Jeff Cohen quit acting at a young age but definitely didn't quit Hollywood. The former child actor graduated from UCLA Law School in 2000. He currently works as an entertainment lawyer in Los Angeles. "Having Chunk as your attorney? That's pretty cool," he joked during an interview with the American Bar Association in 2014.

Sean Astin made his big-screen film debut at 13 playing Mikey Walsh in "The Goonies."

Sean Astin stayed busy after "The Goonies" hit theaters 35 years ago, memorably appearing in everything from "Toy Soldiers" and "Rudy" to the "Lord of the Rings" franchise." IN more recent years, he's enjoyed roles on "Stranger Things," "The Big Bang Theory" and "No Good Nick." He also does a lot of voice work, lending his talents to shows like "Captain Underpants" and "New Looney Toons." Sean, whose mother is famed actress Patty Duke, has been married to Christine Harrell, a former Miss Indiana Teen USA, since 1992. They have three children: Alexandra, Elizabeth and Isabella.

Corey Feldman was a prolific child actor who starred in films like "Stand By Me," "The Lost Boys" and "License to Drive" right after "The Goonies" but today he's an advocate who's worked hard to raise awareness about sex abuse of child actors, a role he embraced after close friend and former co-star Corey Haim died in 2010. In March 2020, Corey — who's made music for years and spent much of his adult years on reality TV shows like "The Surreal Life" and "The Two Coreys" — released the documentary "My Truth: The Rape of 2 Coreys" in which he discussed the sexual abuse he and his late friend endured in Hollywood. Marriages to actress Vanessa Marcil and Susie Sprague, with whom he shares son Zen, ended in divorce. He's been married to Courtney Mitchell since 2016.

After "The Goonies," Ke Huy Quan — who was already famous when "The Goonies" came out thanks to his starring role in "Indiana Jones and the Temple of Doom" — acted occasionally and later worked as a stunt choreographer on the 2000 film "X-Men." Up until recently, he had not acted since the 2002 Hong Kong movie "Second Time Around," but in January 2020, it was announced that he would act in the upcoming sci-fi film "Everything Everywhere All at Once."

Josh Brolin has come a long way since he made his acting debut in this 1985 cult classic. He's worked consistently since "The Goonies" came out in projects like "Hollow Man," "No Country for Old Men," "Deadpool 2" and, more recently, in the "Avengers" films as villainous Thanos. Twice divorced Josh, who's the son of actor James Brolin, has two kids with first wife Alice Adair and none with second wife Diane Lane and is now married to Kathryn Boyd, his former assistant, who's 20 years his junior. In 2018, he and Kathryn welcomed daughter Westlyn.

After "The Goonies," Kerri Green drew raves in "Lucas" co-starring Corey Haim and Charlie Sheen then acted just a handful of times more before enrolling at Vassar College to study art. Her acting career fizzled out in the mid-1990s and she headed behind the camera, launching a production company and then directing the 1999 film "Bellyfruit." Her last acting role was in 2012 in the movie "Complacent." She's seen here at a 2009 fan event in England.

The role of Andy's friend Stephanie Steinbrenner was played by Martha Plimpton.

Martha Plimpton has stayed in the limelight since "The Goonies." She rounded out the '80s in buzzy roles in "The Mosquito Coast," "Running on Empty" and "Parenthood" and later acted on television on shows like "ER," "Raising Hope" and "The Good Wife," for which she won an Emmy. She's also performed on Broadway in shows including  "Top Girls," "Coast of Utopia" and "Pal Joey," earned Tony Award nominations for all three. More recently, Martha — who's also a talented singer — voiced Yelena in "Frozen II." When she's not acting, Martha spends much of her time as a political activist, campaigning for abortion rights and LGBTQ causes. She famously dated River Phoenix in the '80s and Fred Armison in the aughts.

In 1989 — just four years after "The Goonies" came out — John Matuszak, who appeared in "One Crazy Summer" in 1986 and released the autobiography "Cruisin' with the Tooz" in 1987, passed away at 38 from an accidental drug overdose. 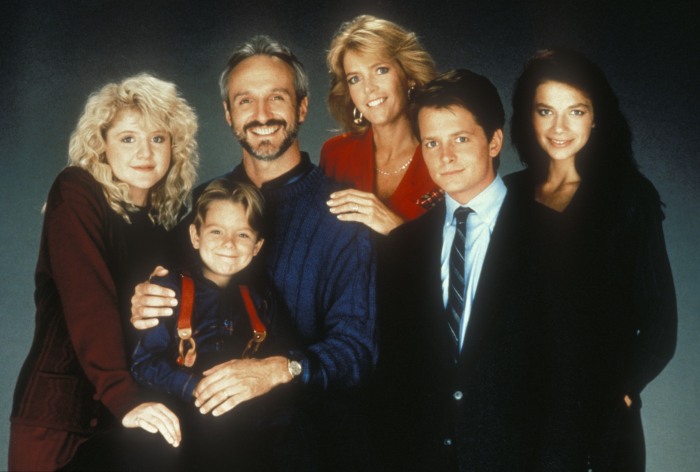 Up Next 'Family Ties' stars