Bella Hadid attended the ladies singles final at the French Open in Paris on June 11, 2017.

Prince William chased his adorable cousin Mia Grace Tindall after a game of polo at the Beaufort Polo Club in Tetbury, England, on June 11, 2017.

Olivia Munn wears a white dress with a thigh-high slit; leaves the Greenwich Hotel in New York City on June 16, 2016.

Kourtney Kardashian is spotted on the beach in Miami Beach on June 12, 2017.

"This Is Us" star Justin Hartley and wife Chrishell Stause flew out of LAX Airport in Los Angeles on June 15, 2017.

Hailey Baldwin took Kourtney Kardashian's kids, Mason and Penelope Disick, for a walk on the beach in Miami on June 11, 2017.

Penelope Cruz and Lily Collins shot a commercial for a Lancome ad campaign in Barcelona on June 12, 2017.

Pierce Brosnan relaxes on the beach at Porto Cervo in Sardinia, Italy, on June 14, 2017.

Olivia Wilde wore a sheer long sleeved dress as she arrived to tape "The Late Show with Stephen Colbert" in New York City on June 13, 2017.

Kim Kardashian West left her apartment in a suit while heading to speak at the Forbes conference in New York City on June 13, 2017.

Zoe Kravitz looked pretty in pink while leaving a taping of "Good Morning America" in New York City on June 15, 2017.

Embattled actor and comedian Bill Cosby seemed oddly upbeat as he arrived for deliberations on the eighth day of his sexual assault trial at the Montgomery County Courthouse in Norristown, Pennsylvania, on June 14, 2017.

One of the original "Charlie's Angels" stars, Jaclyn Smith, looked AMAZING while heading to her car after dinner in West Hollywood on June 14, 2017.

First daughter Ivanka Trump was snapped leaving her house in Washington on June 15, 2017. 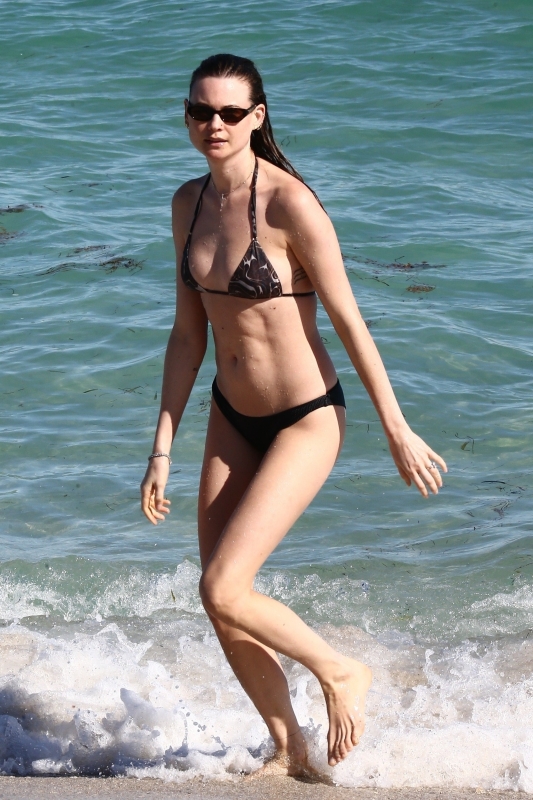