Twitter is cracking itself up over Beyonce's twins news

ICYMI, Beyonce made the world of online news a little less painful on Wednesday, Feb. 1, by announcing she and Jay Z are expecting twins. (Twins!) She followed up the initial earth mother pregnancy photo she shared on her website with a handful of other bump-centric pics, including one flower bedecked nude image and a few starring Blue Ivy Carter looking angelic alongside her mom. There were some poetic verses about motherhood and pregnancy, too. Lovely as the website's photo album is, however, it's Twitter's response to the twins news that really makes our week. Among the many awesome social media posts Billboard rounded up for your giggling pleasure? "The world is burning and Beyonce's response is: MAKE TWO MORE BEYONCES," one user posted. Another chimed in, "You know that Blue Ivy is never gonna let the twins be Mommy when they all play Destiny's Child make believe. #carters." "Beyoncé is pregnant with twins," read a third, "i hope i'm the baby." Pop culture worked its way into the posts too. "Was this Jay Z and Pharrell's plan to make a new New Edition?" asked one user. And, for the win, "Beyonce and Jay Z's twins will only be available on Tidal." Cue the rimshot. You may now return to your previously scheduled wondering if a certain pregnant Houston native will make a cameo in Lady Gaga's Super Bowl Half Time Show …

On the heels of the Women's March, W magazine is celebrating powerful women in its March 2017 edition. The mag's cover stars Taraji P. Henson, Jennifer Lopez, Jessica Chastain, Kate Moss and Donatella Versace looking fierce and sleek in an array of elegant black ensembles. "I never appreciated my body or my looks when I was in my 20s," Jennifer, 47, recalls in the cover story (via JustJared). "Now I'm like, Look at me! Look at you! Not in a conceited or arrogant way — I just appreciate myself in a way I didn't when I was that age. And it's not about perfection. I like the scars that I have." Taraji, who's on fire lately, having turned in amazing performances in "Empire" and "Hidden Figures," also reflects on age in Hollywood. "It's supposed to be over for me at 46, but here I am. I'm a late bloomer, and I'm OK with that," she says. "Know why? Late bloomers last looong."

RELATED: Jennifer Lopez: All the times she looked ageless in 2016

Kylie Jenner's "bae spoils" are back. Although Kylie and Tyga have been back together for the better part of a year, she hasn't been wearing the massive diamond ring her man reportedly gave her in some time. That changed Wednesday, Feb. 1, when the bling returned to her left ring finger as she stepped out for a bite at SugarFish in the Beverly Hills section of Los Angeles. "If this is my promise ring," she Snapchatted last year, showing off the blindly shiny pile of diamonds on her hand, "I wanna know what my engagement ring gonna be like."

RELATED: Kourtney Kardashian and Scott Disick were never 'back on' and more celeb romance updates

In June 1997, Princess Diana wore a blue cocktail dress and a diamond and pearl necklace to a performance of "Swan Lake" at London's Royal Albert Hall. It was one of the last public appearances she would make before being killed in a car accident that summer and the necklace, now called the "Swan Lake Suite," has since become famous. This week, People reported the necklace is up for sale and auction experts believe it could go for as much as $12 million. Created by Garrard, then the Crown Jeweler, the piece contains 178 diamonds and South Sea pearls. It was intended to be worn with a set of matching earrings, but they weren't completed in time for Diana's event. According to People, the necklace was last sold to a couple from the Ukraine for $632,000.

Prince Harry opens up about emotional stress of serving in Afghanistan

For Prince Harry, the Heads Together campaign to raise awareness about mental health issues he launched with Prince William and Duchess Kate, is personal. As he explained to medical staff at the Time to Talk Day event in London this week, the stress of serving in the armed forces in Afghanistan shook him to the core, especially when it came to wondering how those he fought with fared after he worked with them. "You land and then hand them over and then are radioed to do something else. You never find out how that guy or girl recovered, whether they did recover or they didn't," he said, according to JustJared. "I understand what you go through and thank God you have got each other."

Coffee, food, massage, jacuzzi. Somewhere out there a potential employer is looking for a potential assistant who can make sure his or her client has all those key things taken care of — and lift 25 pounds, all while being sure to "never assume anything." TMZ insisted earlier this week that employer was Rob Lowe, even though his reps would only confirm "coffee is his number one priority in life." When Rob stopped by "Jimmy Kimmel Live!" this week, Jimmy promptly grilled him on it. "By the way, I haven't seen this, but I've been hearing about it," Rob said (via Jezebel). Jimmy filled him in. The $70,000-a-year personal assistant gig revolves around making sure Rob (or someone) "is fed and has had coffee throughout the day," gets regular hair cuts and "has a plan" for Rob's dinner should he arrive at home after 8 p.m. Scheduling massages and getting the jacuzzi ready were the other main responsibilities. "I've got my priorities really in order—that's what's clear," Rob joked. "So you didn't ask to be massaged or Jacuzzi," Jimmy asked. "There was no massage on there," said the actor, coy as all get out. Jimmy pointed out that scheduling massages is, in fact, in the fine print. "Well it doesn't say you've gotta massage me," Rob pointed out. "Words matter." That's when Jimmy noted, "You know this is why people hate celebrities right? This right here," before adding, "Let me work on this and we'll get you somebody really good." Fifty bucks says applications for that job just quadrupled.

Harry Styles parties with Adele, more stars, for his birthday

Harry Styles turned 23 on Wednesday, Feb. 1, and he celebrated with a jealousy-inducing party at Cafe Habana in Malibu. "Harry seemed to be having a great time with a small group of friends," one clubgoer told the Daily Mail (via The Sun). That "small group of friends" represented some major star power. Among the pals joining Harry for tequila and karaoke were Adele, Cindy Crawford, Rande Gerber and Tommy Lee. Cuba Gooding, Jr., was there as well and managed to cap the night by serenading Harry with a karaoke staged "Happy Birthday" rendition of "Come Together" by the Beatles. Harry, who's reportedly releasing two solo albums this year, also appears in "Dunkirk," due out in the summer.

Dakota Johnson: Everything I say gets sexualized

Dakota Johnson can't seem to catch a break. Whether she's trying to promote "50 Shades Darker" or trying to be nice to random fans on a coffee run, everything she says or does ends up getting connected. Speaking to Seth Meyers this week, Dakota recalled being at a Starbucks recently when a 14 or 15-year-old boy came up to her. "He was like, 'Hey, can I get a picture with you?' I was like, 'Yeah, yeah. Of course,'" she recalled (via E! News). Then he said, "I actually don't know who you are, but my mom is over there. She's freaking out." His mom was apparently "face-down on a table" and unable to "make eye contact," possibly because of her celeb status — but more likely because of the fact her son was taking a selfie with a woman the mom associated with S&M. "It's a disaster," said Dakota. "It is truly, categorically impossible for me to get it right [even] when I'm not wildly taken out of context." Case in point: "The other day I had someone ask me what my favorite sex toy was, which is like … inappropriate," she shared. "I was like, 'That's an inappropriate question.'…I can't answer in the right way. I said, 'I don't have one. Let's move on.' But then the headline was like: 'She Doesn't Have One Favorite Sex Toy.' I can't win! I either hate sex toys — so why am I doing this movie? — or I love them and I'm a sex fiend." When Seth asked about a scene in the movie where Dakota and Jamie Dornan use masks to get turned on, she gave another example. "Do you find the masks alluring?" he asked. "If I answer this question, they'll be like, 'She Loves Masks,'" Dakota pointed out. "If I were playing a dental hygienist, would the questions be like, 'Do you love teeth? Do you love people's mouths?'" Um … nope.

During the National Prayer Breakfast on Thursday, Feb. 2, Donald Trump announced that he had better ratings on "The Apprentice" than Arnold Schwarzenegger, who took over after Trump left for his campaign. He then asked that we all "pray for Arnold, if we can, for those ratings." Not surprisingly, Cher was not having it. "TRUMP INSULTS AUSTRALIA, THREATENS MILITARY ACTION AGAINST MEXICO, CHALLENGES CHINA, 4GIVES RUSSA & IRANS CLOSE TIES. BETTER ARNOLD THAN TRUMP," she tweeted. According to GossipCop, she was just one of a growing number of celebs who found the moment insulting. "You can't make this up… This fool says #thehellwithit & asks for #prayeforratings at #nationalprayerbreakfast," tweeted Star Jones, while Pink's husband, Carey Hart, wrote, "This dude seriously talkin about ratings on a junk tv show? Time to put your big boy pants on." 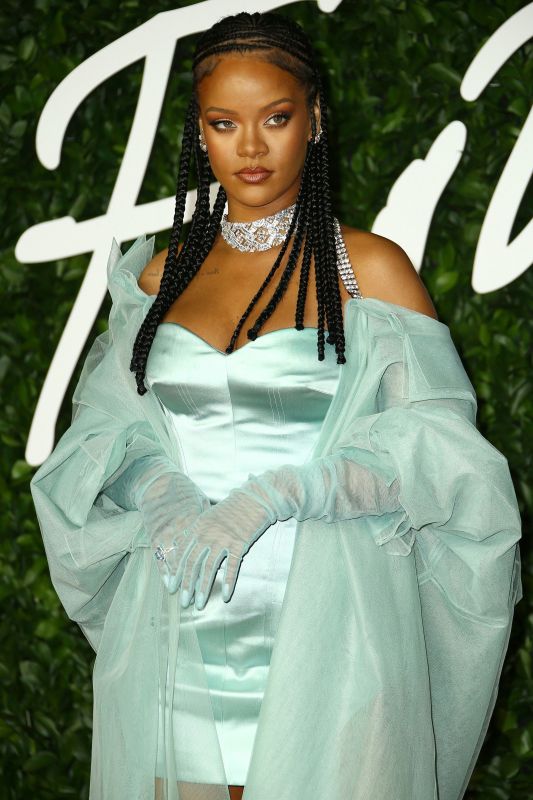