Lizzo has spoken — and it looks People magazine may have listened. In the wake of the singer's multiple, hilarious proclamations of love for Chris Evans, insiders tell Page Six the "Knives Out" star will soon be revealed as People's "Sexiest Man Alive" for 2021. The 40-year-old "Avengers" star was supposed to win the title last year, according to "multiple" Page Six sources, but when he accidentally shared a photo of a certain male body part on social media, Michael B. Jordan was named the magazine's "Sexiest Man" instead. People's expected to announce the 2021 winner next week.

Keep reading for more big celeb news you might have missed…

On Nov. 3 — for the third night in less than a week — Pete Davidson was spotted out with Kim Kardashian West, fueling rumors that he and the recent "Saturday Night Live" host are more than just friends. Meanwhile, the internet is quite literally all atwitter with what Pete and Kim's rumored romance can tell us about the gravitational pull Pete seems to have when it comes to women in Hollywood. "What if god came down to earth and just dated Pete Davidson," one Twitter user joked after photos surfaced showing 41-year-old Kim clutching the 27-year-old's hand. "We need everybody to stop dating Pete Davidson til we figure out what's going on," another suggested. One person who's decidedly not trying to unravel the Pete lady-magnet mystery? That would be Kate Beckinsale, who waded into the Pete-dating pond in 2019. This week, Kate spotted — and liked — a Nov. 2 tweet from writer Kristen Mulrooney that read: "I love how every time Pete Davidson starts dating another beautiful celebrity everyone's like 'w** is happening how did he do this what is this mystery???' and everybody refuses to entertain the possibility that he might have a nice personality." In addition to Kate, Pete's apparently nice personality has also earned him relationships with the likes of Ariana Grande, Phoebe Dynevor, Kaia Gerber, Margaret Qualley and Cazzie David in recent years.

As the investigation into Halyna Hutchins' fatal shooting on the set of "Rust" continues, Dwayne "The Rock" Johnson has vowed his production company will never again use real guns on set. Speaking to Variety at this week's "Red Notice" premiere in Los Angeles, Dwayne said he was "heartbroken" by the shooting, which took place after Alec Baldwin was handed a gun to set up a scene for "Rust" on Oct. 22. An affidavit later confirmed he was told it contained no live rounds, but local authorities determined a real bullet killed Halyna, the movie's 42-year-old director of photography. "We lost a life. My heart goes out to her family and everybody on set," Dwayne said. "I can't speak for anyone else, but I can tell you … that any movie that we have moving forward with Seven Bucks Productions — any movie, any television show, or anything we do or produce — we won't use real guns at all. We're going to switch over to rubber guns, and we're going to take care of it in post. We're not going to worry about the dollars; we won't worry about what it costs." He added that while he and his colleagues "are proud" that safety is taken seriously on sets in the industry, "accidents do happen." And given the "magnitude" of what happened on the "Rust" set, Dwayne said he thinks "the most prudent thing to do" is for everyone to "stop and really re-examine how you're going to move forward and work together." He then reiterated that for his team, with "any studio, the rule is we're not going to use real guns. That's it."

Just days after Kal Penn revealed he's gay and engaged to his partner of 11 years, the "Harold & Kumar" star may have already found his wedding officiant. That's thanks to a jokey tweet he shared on Nov. 3 about spotting Cardi B on his flight to Los Angeles. "I fell asleep and had a dream that she officiated our wedding on the plane and the three of us walked out of LAX holding hands," he posted. If he was, in fact, kidding, however, Cardi promptly assured him she could actually make his wedding officiant dream come true. "First, why didn't you say hi! Second, I'm licensed to do that sooo……. let me know," she replied. (ICYMI, Cardi's Facebook series, "Cardi Tries" recently featured an episode where she married a same-sex couple, proudly showing off, as she put it, "the power vested in me by the State of California and my online course.") Kal was into the idea. "You're the best," he replied to her Twitter comment. "Was gonna say hi but didn't want to be disrespectful (your do not disturb light was on). But holy s*** let's do it! We're down if you're down!" Cardi followed that up with what sounds like a yes. "I'm down," she wrote. "I'll get my suit."

Was it something we said? On Nov. 3 — one day before Netflix released the Western film JAY-Z recently co-produced, "The Harder They Fall" — the rapper (finally) joined Instagram. By Nov. 4, however, he was gone without explanation, leaving only a "sorry, this page isn't available" message in his account's wake. During his brief tenure on the platform, Jay followed only one person — his wife, Beyonce. (She followed him back, marking the first time her account has followed anyone.) His sole post was an image of the poster for the new film, and he used his Instagram Story only once, to share a countdown to the film's release at midnight on Nov. 4. "I love to be apart of projects that widen the lens. Once it's widened for us, it's widened for Asians, for Mexicans, for everyone," Jay told ET last month when asked about the movie's all-Black cast and American Western premise. He went on to note that despite the all-white casts of Westerns that aired on public television for years, an estimated one in three cowboys was Black during the so-called "Wild West" era. "So this really existed," he said. As for his Insta-disappearing act, Billboard reports it's at least the second time Hova's been spotted on the platform. In the summer of 2015, he reportedly popped up then closed his account under the handle @hovsince96.

Is Jennifer Garner engaged? On Nov. 1, the "Alias" alum checked in with her pal Judy Greer in an Instagram Live that was supposed to be focused on "the pros and cons of being sober-ish." But Jen, in all her semi-teetotaling glory, appeared to have either forgotten or not cared who saw the reportedly new bling on her all-important finger. She and Judy both made it through the whole chat without mentioning the sparkle emanating from the star's hand, leading some fans and a whole lot of websites to wonder if her reportedly on-again boyfriend, John Miller, popped the question. A few days later, after Jen stopped by to check on the construction at her property in the Brentwood section of Los Angeles, the Daily Mail reported the ring had moved to her middle finger, though that could have been simply to protect it on a construction site. The actress, who shares three kids with ex-husband, Ben Affleck, was first linked to CaliGroup CEO John back in 2018. They reportedly pulled the plug on things in August 2020, but have been spotted out together a handful of times this year, beginning in May.

Ryan Reynolds is taking a break from the movie biz to focus on being a dad. During a chat with "Extra" this week, the "Red Notice" star was asked about the possibility of a sequel. "I'm not talking about that, I'm talking about a sabbatical. I'm talking about a little bit of rest," he said. Ryan shares three daughters with his wife, Blake Lively — James, 6, Inez, 5, and Betty, 2. "It's just about being there, it's just about consistency for me being there in the morning, being there at night," he explained. "Usually [Blake and I] travel together, but my kids are in school now and at that age where they can't, so I got to take a little rest … I'm happy to do it. I'm lucky to do it," he said. Ryan, 45, tied the knot with Blake, 34, nine years ago after the pair met on the set of 2011's "Green Lantern." Looking back, Ryan credits the pair's long-lasting marriage (by Hollywood standards) to the fact that they built their love on a foundation of friendship. "We really like each other," he said. "We really liked each other before as friends beforehand. We like each other even more so now."

At 41, "Terminator 3" star Nick Stahl is four years sober and opening up to The Hollywood Reporter about his struggles with addiction and flirtation with life on the street. "It's a horribly cliche child-actor story, but I had a very unusual relationship to drugs and alcohol. I never had a brake pedal with it," he says in a new interview with the outlet. Nick's first drink came just two years after he launched his career at age 11 alongside Mel Gibson in 1993's "Man Without a Face." He tells THR the drinking escalated to drug use after he moved to Los Angeles. "I was pretty much hung over for every single day of work that I ever did — as a kid, in my early 20s, through all the films …," he says. "I didn't really discriminate — I'd use anything to change the way I felt when I was sober." After "Terminator" in 2003, he says "things started to get awful pretty quickly," although he didn't see it at the time. Multiple rehab stints and arrests followed, and in 2012, his then-wife reported him missing. Soon, he was rumored to be homeless, though he says he just spent "time on the street voluntarily" to avoid living in a sober house. Finally, he left Hollywood and took other jobs. Nick has since returned, with a recurring role on "The Walking Dead" and "several indie features" on the horizon. "This notion persists that addicts and alcoholics have a choice, which is silly, because addiction by definition is someone doing something they can't stop doing," Nick says. "That was liberating for me, to really start to recognize that this was not something that I, or anyone else who goes through this stuff, chooses. Understanding that goes a long way toward accepting it." 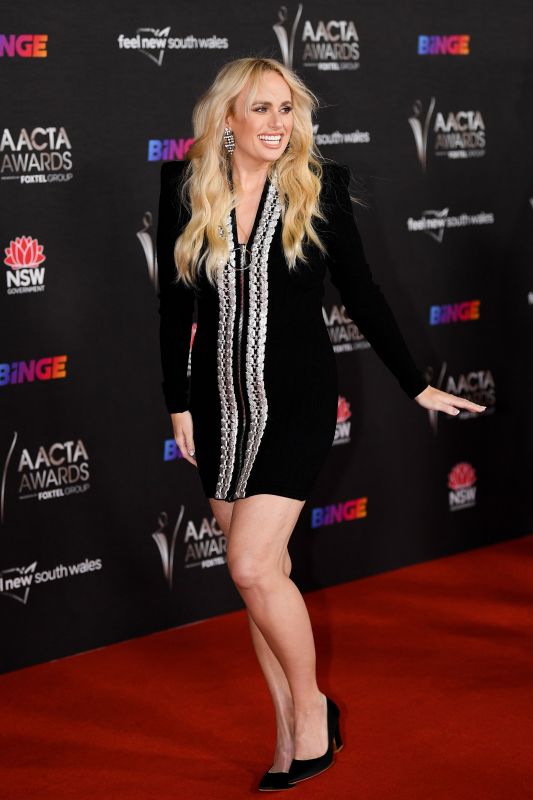