Halloween is right around the corner, so to celebrate, let's take a look back at our favorite celebrities all dressed up in our favorite costumes. Let's start with these actresses… "Riverdale" stars Lili Reinhart, Madelaine Petsch and Camila Mendes served up nostalgia and some serious girl power in their Halloween 2020 looks when they channeled the Powerpuff Girls!

Long before Gal Gadot ruled the silver screen as Diana Prince and her alter ego, our favorite reality TV queen, Kim Kardashian West, was giving props to Wonder Woman. Kim wore this superhero look to a Halloween bash she hosted in 2008.

Kylie Jenner has a history of wearing some fantastic Halloween costumes — and this one certainly did not disappoint. On Oct. 30, 2020, the reality TV star and Kylie Cosmetics founder dressed up as a Power Rangers with friends Victoria Villarroel, Carter Gregory, Yris Palmer, Sofia Villarroel and Anastasia Karanikolaou.

Even as a reptile from the sewers of New York City, Rihanna looked incredible during Halloween 2014 when she donned a Teenage Mutant Ninja Turtle look in New York City.

Leave it to "Today" hosts Hoda Kotb and Al Roker to kill it in the costume department! Hoda donned her best wig, flannel and denim duds to be Blake Shelton while Al rocked braids, tie dye and a bandana to become fellow country music star Willie Nelson. They nailed it, don't you think?

Kendall Jenner attended the Casamigos Halloween party in 2018 as a fembot from the "Austin Powers" film series! The model stunned in her frilly babydoll dress and voluminous blonde wig.

Jessica Alba and pal Kelly Sawyer coordinated their looks — Jessica channeled Juno MacGuff (played by Ellen Page) while Kelly channeled Paulie Bleeker (played by Michael Cera) from the 2007 movie "Juno." They dressed as the adorable fictional couple for a Halloween party on Oct. 29, 2017.

Demi Lovato's 2015 Halloween costume was the coolest thing ever. For those uninitiated in slang, a "trap queen" is a loyal, street-smart and resourceful woman who knows how to hold it down, no matter the situation. Demi took the look one step further by adding a glittery tiara and sash. Pure, punny brilliance.

Add this to the list of reasons we loved Skylar Astin and Anna Camp as a couple back in the day! For their 2017 Halloween costume, the now-exes dressed up as Wayne and Garth from "Wayne's World." From the costumes to the wigs to the drumsticks, everything was simply perfection!

Who runs the world… girls! Madison Pettis is all grown up! The former "Cory in the House" child actress channeled Beyonce for Just Jared's Seventh Annual Halloween party on Oct. 27, 2018. She sported Bey's iconic look from her 2018 Coachella performance.

We love a family costume! Rande Gerber, Cindy Crawford and their kids, Presley Gerber and Kaia Gerber, dressed up as '80s punk rockers for Halloween 2016.

We're so thankful comedian Jeff Dye took this Halloween 2015 selfie with Beyonce looking all mutant-y and hot as Storm from "X-Men" (famously played by actress Halle Berry in the movie franchise). Seriously, Queen Bey looks like she's about to take over the world and we're just waiting for our chance to bow down.

Kylie Jenner went all out and dressed as Christina Aguilera — as Xtina appeared in her 2002 music video for "Dirrty" — for Halloween in 2016. She nailed it!

This one made us laugh! On Oct. 31, 2020, The Weekend took to Instagram to share a photo of his Halloween costume: The Nutty Professor from the 1996 flick of the same name starring Eddie Murphy.

"Bohemian Rhapsody" actress Lucy Boynton was an absolute dream as the Corpse Bride! She wore the costume to Bette Midler's Hulaween to Benefit NY Restoration Project on Oct. 31, 2019. Who knew a reanimated corpse could look so stunning? Tim Burton would be proud.

He never fails to make us laugh and Halloween 2016 was no exception for "The Daily Show" host Trevor Noah. This South Africa-born comedian knows all too well what immigrating to the U.S. feels like, which makes his Prince Akeem from "Coming to America" costume part awesome and part true story.

This "Selling Sunset" star killed it! For the Oct. 26, 2020, Halloween episode of "Dancing With the Stars," Chrishell Stause transformed into Maleficent from the 2014 Disney flick of the same name.

In 2013, Paris Hilton decided to dress up like that year's most notorious celebrity: Miley Cyrus. Paris rocked a fuzzy gray teddy bear leotard just like the one the pop singer donned during the first half of her jaw-dropping performance at the 2013 MTV Video Music Awards, and we have to say, the resemblance was uncanny.

Leave it to Zoe Kravitz to make a simple costume look incredibly chic. The "The Batman" actress attended the Casamigos Halloween party on Oct. 26, 2018, dressed as a vampire waking up for the evening. From the red robe and sunglasses to the newspaper and coffee mug, Zoe's costume epitomized casual yet cool.

By now, Vanessa Hudgens has made it pretty apparent that she's a queen of the spooky season. On Oct. 2, 2020, she took to Instagram to debut her Catwoman costume. "Who needs a Batman when u can have a Batdog 😂🖤," she captioned the pic.

There's a chance tennis champ Serena Williams wasn't, in fact, going for a Jane Fonda-esque '80s workout look, but the gym bag leads us to think otherwise. No matter what her 2016 Halloween costume inspiration actually was, Serena looked like she was ready to flash dance the night away.

Funnyman Seth Rogen and his actress-screenwriter wife, Lauren Miller, killed the Halloween game when they arrived at the 2016 benefit gala they hosted, "Hilarity for Charity," dressed as our favorite Nintendo legends, Mario and Luigi. Whether or not they worked together to rescue the princess, however, remains a mystery.

Heidi Klum always kills it when it comes to her Halloween costume. In fact, the supermodel usually spends months prepping to make sure her costume is as jaw-dropping as possible. In 2017, she was completely unrecognizable thanks to the mask, makeup and hands that turned her into the werewolf from Michael Jackson's "Thriller" music video.

The resemblance is uncanny! Kourtney Kardashian channeled her inner Ariana Grande for Halloween 2019! We're not sure what we love more: her recreation of Ari's signature high ponytail or that gorgeous babydoll dress!

We're not sure if TV host Mario Lopez was trying to invoke the spirit of "Toy Story" with a Woody-esque costume or if his giddy-up look was more of a whimsical Clint Eastwood a la "Outlaw" ode, but either way, we love it (and kind of want to pet his horse).

Nina Dobrev and pal Lane Cheek stirred the scandal pot at Matthew Morrison's annual Halloween birthday party in 2016 where they flexed their muscles as disgraced (at the time) Olympic swimmer Ryan Lochte.

LeAnn Rimes and hubby Eddie Cibrian rocked Halloween 2016 with these 1980s Madonna and George Michael looks. While no one can ever top the originals, LeAnn and Eddie came wickedly close.

Actress Michelle Trachtenberg looked like flowers in the moonlight in her super-creative 2016 Halloween costume: She went as a secret garden. We especially dig her shimmery foliage-colored hair.

All we can say about Keke Palmer's sexy 2016 Halloween look is "Bidi Bidi Bom Bom." Selena Quintanilla would have been proud of this costume.

Janelle Monae celebrated the spookiest day of the year in 2020 dressed up as one of the scariest villains of them all: Chucky from 1988's "Child's Play."

Chrissy Teigen and John Legend have a long and proud history of turning out amazing matching Halloween costumes. None are as perfect, though, as their 2010 look as the sexy ruler of Egypt, Cleopatra, and her hunky lover, Mark Antony.

Comedian Seth MacFarlane took Halloween 2016 all the way back to pre-K with this "Sesame Street"-inspired costume: He was our favorite dumpster diver, Oscar the Grouch. We can almost hear Stewie Griffin in the background complaining about the trash can smell.

All hail the queen! Singer-actress Bette Midler brought her "Hocus Pocus" character, Winifred the witch, back to life for a Halloween party in New York City in 2016. Winnie must be using some super-secret anti-aging potions because she doesn't look a day over 600.

Remember when Mariah Carey and Nick Cannon were newlyweds and so in love? This adorable 2008 Halloween picture of the couple dressed as cookies and milk is giving us some major feels. Sadly, they finalized their divorce in 2016, meaning we'll never get to see them as another amazing food combination: grilled cheese and tomato soup.

Cardi B dressed as a nun?! The Grammy-winning rapper dressed up in this not-so-holy number to perform at KAOS Dayclub and Nightclub in Las Vegas for Halloween 2019.

While we don't exactly know which character Rihanna was going for, we love it nonetheless! The Fenty Beauty founder was photographed in this sultry black leather ensemble and hot pink face paint that resembled a skull while leaving a Halloween party in London on Oct. 31, 2018.

Actress and singer Victoria Justice made us say "Beetlejuice" three times in 2016 with this far hotter interpretation of the infamous creepy character.

Marlee Matlin and son Brandon Grandalski dressed up as Mary Poppins and a chimney sweep in 2005. They made the sweetest duo!

Hailey Bieber dressed up like Nurse Dolly from the Netflix series "Ratched" while visiting the Casamigos Halloween Truck in Los Angeles on Oct. 31, 2020.

Katherine Schwarzenegger and her dog, Maverick, dressed up as essential workers while promoting Amazon's Boxtumes during Halloween 2020. "Mav and I are channeling major heroes this Halloween," she captioned a photo on Instagram. "Thank you to all of our essential workers for all that you do always, and especially this year! Since we are all at home and have been ordering a lot online, we wanted to encourage people to get creative around the house (while also upcycling boxes that have been sitting around). Halloween looks a bit different this year, so we repurposed some Amazon Prime boxes and household items to celebrate from home in our #Boxtumes."

For her Halloween-themed birthday party on Oct. 21, 2021, Doja Cat dressed up as Disney heroine Princess Kida from "Atlantis." She gave the look a sultry spin with a baby blue crop top and matching skirt.

If you're anything like us, you're totally obsessed with the Mindy Kaling-created coming-of-age series "Never Have I Ever." As one of her Halloween 2020 looks, Mindy dressed up as the show's protagonist, Devi Vishwakumar!

Skai Jackson channeled a seriously spooky character for her "Dancing With the Stars" performance on Oct. 26, 2020. That evening, she dressed up as Tiffany Valentine from 1998's "Bride of Chucky."

This is an oldie but a goodie! In 2002, "That '70s Show" co-stars Danny Masterson and Wilmer Valderrama dressed up as Ponch and Jon from "CHiPs." 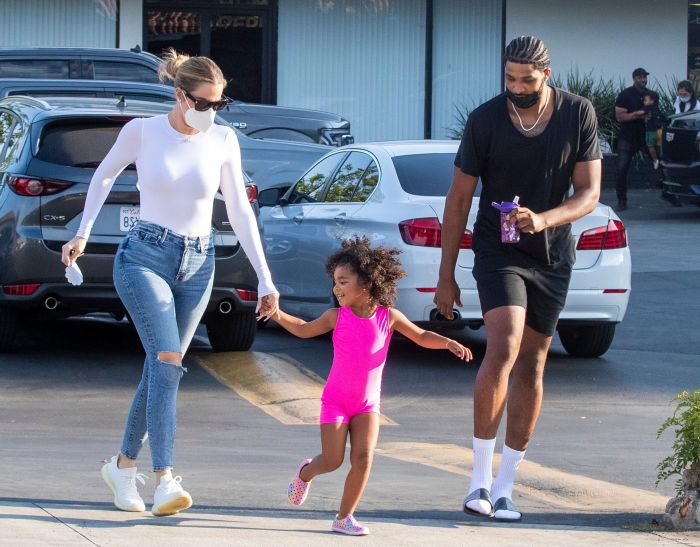 Up Next Bad behavior